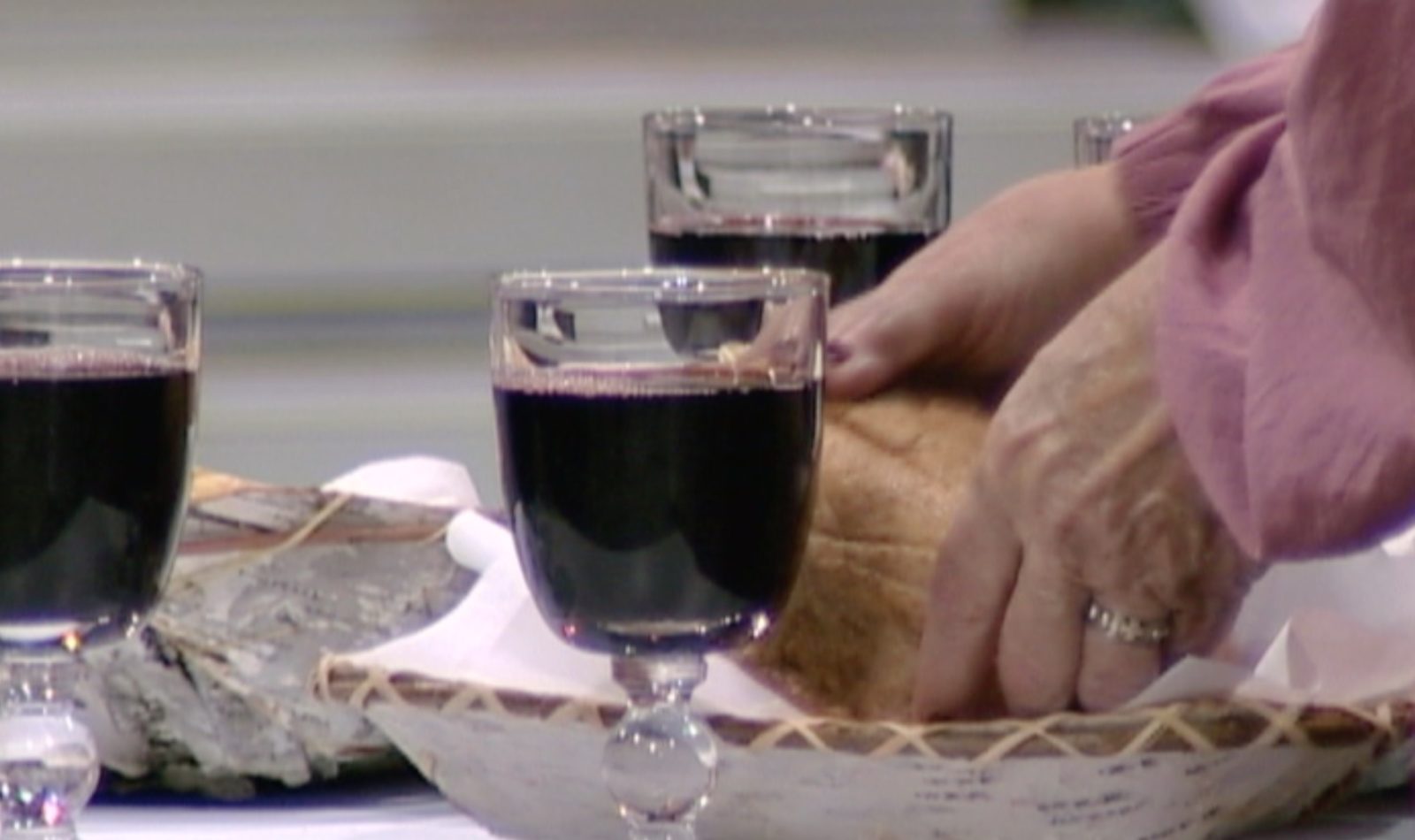 RAY SUAREZ:Once again today, there was drama in Minneapolis, where the leaders of the Episcopal Church are embroiled in a debate over homosexuality. And once again, Fred de Sam Lazaro of Twin Cities Public Television has a report. Amazing grace

FRED DE SAM LAZARO:The daily worship service and business of this Episcopal Convention went on amidst of what many called one of the most unusual moments in the church’s history. Yesterday afternoon, the House of Bishops abruptly put off the final vote that would have elevated Gene Robinson as the first openly gay bishop.

THE MOST REV. FRANK GRISWOLD, Presiding Bishop:Questions have been raised and brought to my attention regarding the bishop elect of the diocese of New Hampshire.

FRED DE SAM LAZARO:A Vermont man accused Robinson of inappropriate touching and separately, Robinson was alleged to have been connected to a Web site with some links to pornography. That triggered what church leaders called an automatic investigation, unprecedented and sobering to many bishops like Rhode Island’s Geralyn Wolf.

BISHOP GERALYN WOLF, Rhode Island:Initially we were numb. We just couldn’t get over that this had happened. None of us could anticipate this. We also moved to the point where we realized how vulnerable each of us was — that times had changed dramatically — and any of us could receive an e-mail making an accusation and that each of us in our own way and in our own time in fact had received some accusations –usually not of a sexual nature but of all kinds of different things. And so in that sense of vulnerability we were hushed.

REV. KENDALL HARMON:Is this a community based on trust. This is the Church of Christ and we live in a society where there is the presumption of innocence. So I want to say that right up front. The other thing that we need to say is as a church we need to take any allegations very seriously. Everybody in this room is well aware of the terrible situation in which the Roman Catholic Church finds itself. And if there were anything to these allegations and they weren’t investigated, everybody here knows that the charge of cover up would be quickly hurled at the church.

FRED DE SAM LAZARO:Amid speculation at the investigation could last longer than this week’s convention, this afternoon, there was another unexpected turn. Gordon Scruton, the bishop leading the inquiry, announced its findings.

BISHOP GORDON SCRUTON, Massachusetts:In both allegations it is my conclusion that there is no necessity to pursue further investigation and no reason on these grounds to prevent the bishop’s with jurisdiction from going forward with their vote being whether or not to consent to Robinson’s consecration.

FRED DE SAM LAZARO:Many said they were confident he would be cleared but the president of the Episcopal Divinity School in Massachusetts said the last minute allegations marred the process.

BISHOP STEPHEN CHARLESTON, President, Episcopal Divinity School:What is unsettling is the feeling of a political quality to this. That it would be in perhaps some ways deliberate rather than just coincidental. I think that is the most unsettling and troubling effect that will linger far beyond what we’re going to experience over the next day or two.

FRED DE SAM LAZARO:Late this afternoon the House of Bishops began the debate that we expected to have started 24 hours earlier.

This is the third part of this series looking at the possible Anglican conformation of an openly homosexual bishop. The voting was suspended on this day due to allegations of inappropriate conduct by the bishop. These allegations started an automatic investigation and the vote will be conducted once the matter has been thoroughly investigated.