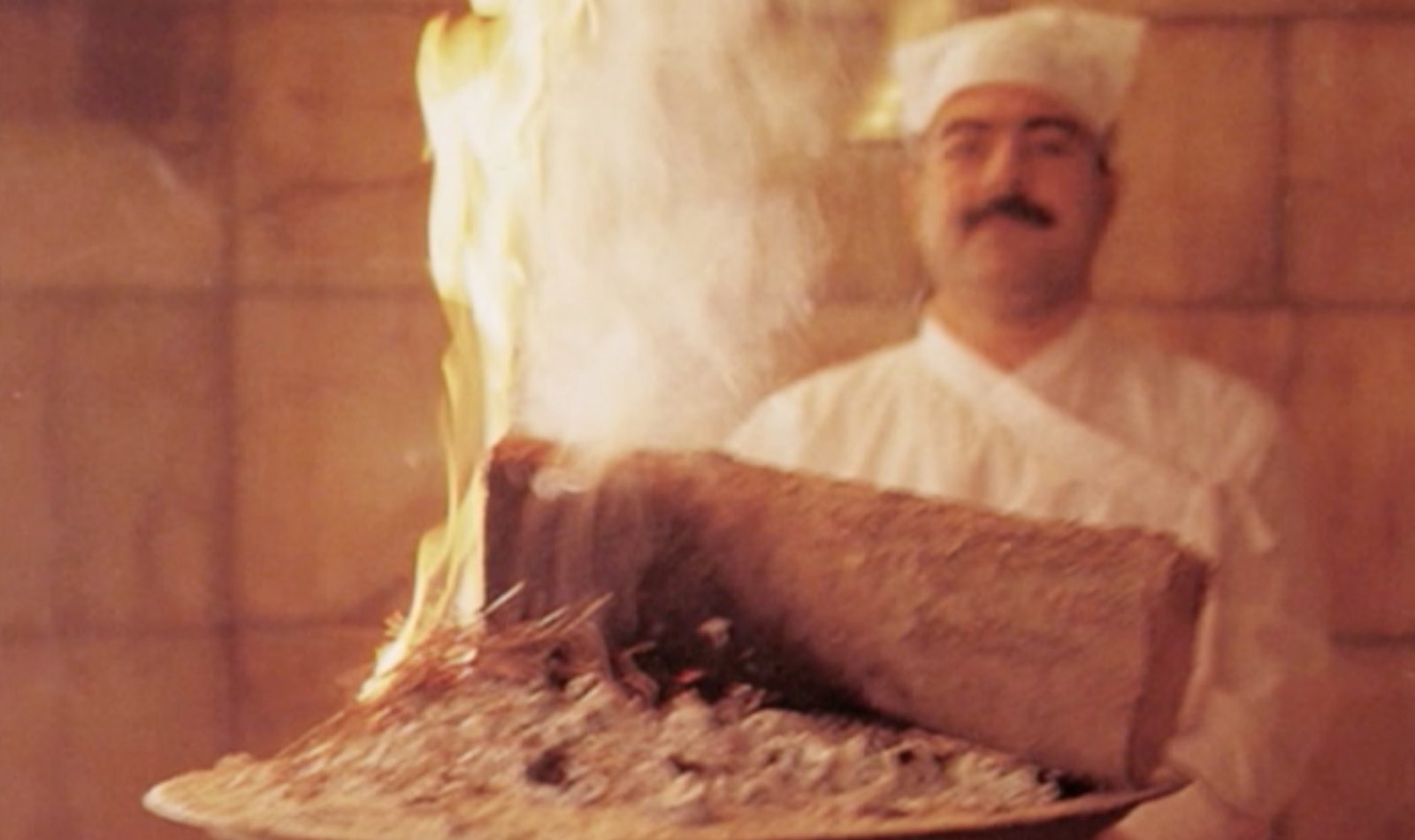 FRED DE SAM LAZARO: The Jashan or thanksgiving ceremony is one of few Parsi rituals that can be witnessed by outsiders.

But it’s not hard to witness the impact this small community has had in India, especially its commercial capital. Parsis are leaders of business and industry, science and philanthropy, even music. Former New York Philharmonic conductor Zubin Mehta is a Parsi from Bombay.

The growth of Islam in what is now Iran drove a die-hard Zoroastrian community to seek refuge in western India around 900 A.D. They became known as Parsis, or people from Persia.

Oblivious to the chaotic street, they come to pray at the sacred well. Parsis honor the skies, water, earth and plants which, with cattle and humans, are six of the seven creations of Ahura Mazda—the one God.

Professor KHOJESTE MISTREE (Zoroastrian Scholar): We believe that fire is the seventh creation which Ahura Mazda created, and when Ahura Mazda created fire, life came into the other six creations, and in our prayers we actually address fire as the son of God.

DE SAM LAZARO: Parsi houses of worship are called fire temples. Non-Parsis are not permitted inside, where priests pray and maintain the fires. Also off-limits to all but official pallbearers are the unusual disposal rites for the dead.

Prof. MISTREE: This happens to be a place called Karighat Colony, very close to our “towers of silence,” which are in the distance. This wonderful greenery that you see is part of our sacred precinct.

DE SAM LAZARO: Shrouded from view by the trees and strictly off-limits are towers of silence—26-foot cylindrical buildings like these on whose roofs the dead are placed, to be devoured by birds.

DE SAM LAZARO: Temporary until the day of resurrection and judgment. Heaven can be attained if one’s good thoughts and deeds outnumber the bad. Zoroastrian beliefs come from the teachings of Zarathustra, the Persian prophet who lived at least 1,500 years before the Christian era. It is the religion of the ancient Persian Empire, whose kings—like Darius, Xerxes and Cyrus—were known for tolerance and praised in the Old Testament for their warm relations with the Jews.

Prof. MISTREE: Cyrus was a remarkable king; he is reputed to have liberated the Jews from Babylonian captivity. He encouraged them to go back to Palestine to rebuild their Temple, and subsequently Darius the Great and Xerxes—and this is all recorded in the Old Testament—gave Persian moneys to actually rebuild the Second Temple in Jerusalem.

DE SAM LAZARO: Persia was the home of the Magi, the biblical Three Kings who greeted the infant Jesus but who, Parsis say, actually came in search of a Zoroastrian Messiah.

DE SAM LAZARO: Even though Parsis have prospered in India, their numbers are dwindling. Few couples have more than one child.

Also, many Parsis have dispersed abroad, and they’ve married outside the community. For Firuza Parikh, a leading Indian endocrinologist, it means her children are no longer considered Parsis.

Dr. FIRUZA PARIKH (Endocrinologist): I was pregnant with my first child, and I am quite a devout Parsi. I go to the fire temple maybe once a month—once in two months. That was an auspicious day, and I wanted to visit the fire temple, and my mother said, “You can’t right now because you’re carrying a child who technically is not a Parsi,” and that pained me to know that perhaps I would not be able to teach my religion to my children. But that did pass.

Dr. Firuza ParikhDE SAM LAZARO: At the same time, her parents did not object to her marriage to a non-Parsi. With no Sabbath, simple rituals, and the objective of gently promoting harmony in public life, Zoroastrians say they are inherently tolerant and ecumenical. So far, however, Parsi leaders have resisted allowing children of mixed heritage like Parikh’s into the fold.

Dr. PARIKH: I think we should be allowed to have this option, because if we really want our community to proliferate, one of the ways is to accept people from other religions into our fold, be more secular in our thinking. We’re very broad-minded in another sense, but I think in this particular sense we have a narrow vision, and perhaps that may be the reason why we are dwindling.

Prof. MISTREE: I am dead against that …

Prof. MISTREE: But, it is very important for us to recognize that the spirituality of the faith is linked to its roots and, therefore, I’m a great believer in the “live and let live” policy. Namely, that if for 3,000 years the paradigm shows us that the Parsis and the Iranis have managed to keep this wonderful religion alive, then I’m of the view that these people should be allowed and, in fact, encouraged to preserve their heritage, to preserve their ethnicity, to preserve their religion, because it is a beautiful religion to preserve.

DE SAM LAZARO: Preserving old customs has its modern day challenges for a community with far more members in geriatric rather than maternity wards. Parsi families are now offered scholarships and subsidized housing if they have more children—a rare policy in one of the world’s most populous nations to preserve one of the world’s oldest monotheistic religions.

For Religion & Ethics NewsWeekly, this is Fred de Sam Lazaro in Bombay.

Estimates vary widely, but some claim that as few as 115,000 Zoroastrians remain—a few in Europe, North America and Iran; the vast majority in India, where they are called Parsis.