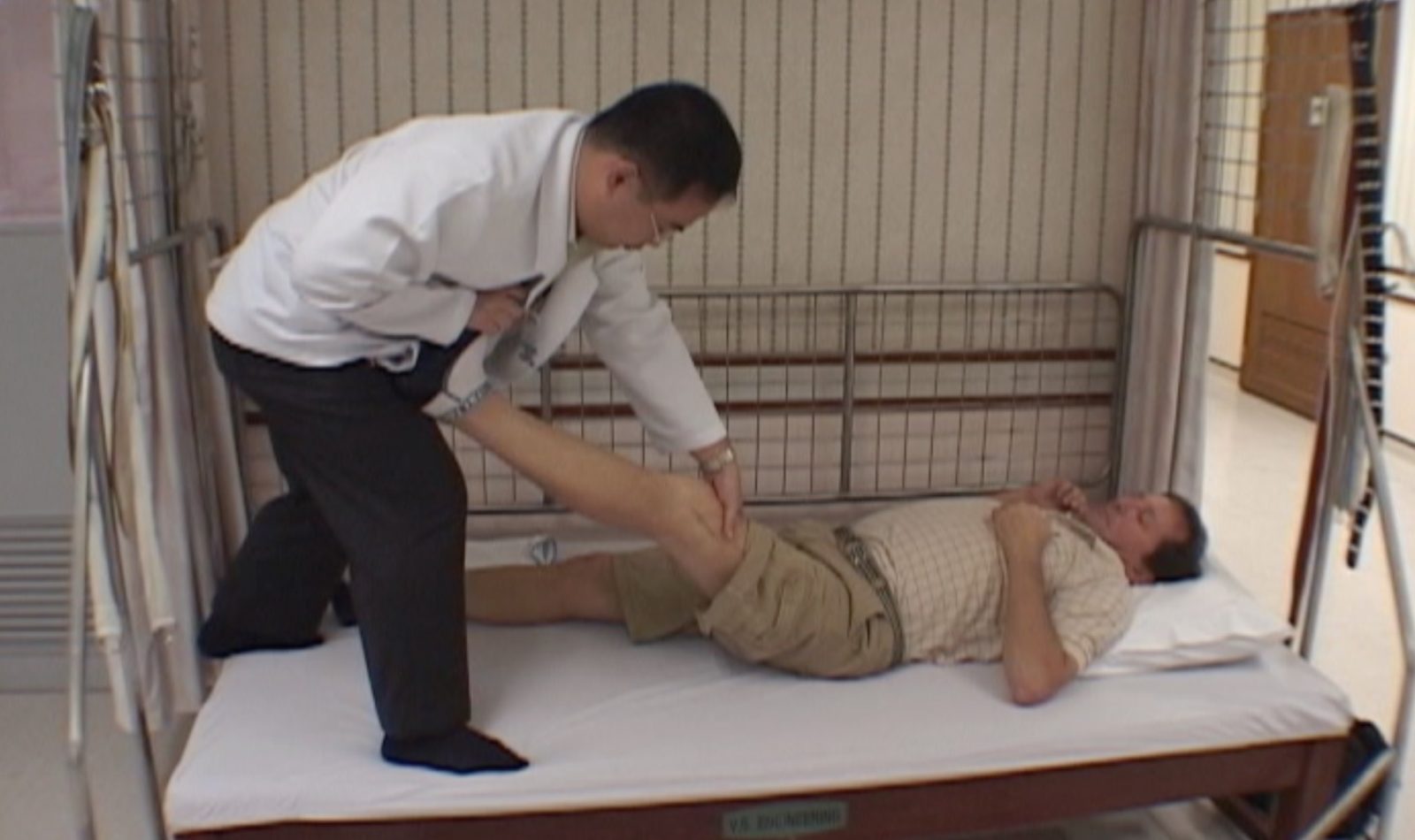 FRED DE SAM LAZARO: One of Thailand’s most profitable tourist attractions is in the heart of the capital’s business district. It’s a hospital, though it doesn’t look like one.

The $100 million Bumrungrad Hospital complex, with its western restaurants and mall-like atmosphere, was built 20 years ago for well-to-do Thais. But now, hundreds of thousands of foreigners are making it their travel destination. Curtis Schroeder, an American, is the CEO.

CURTIS SCHROEDER: We saw about 50,000 international outpatients in 1996. This year, we’ll be closer to 350,000 patients that are non-Thai coming to this hospital. People have asked what our next step is. We’d like to be the Mayo Clinic of the east. I think it’s an excellent model.

FRED DE SAM LAZARO: Across Asia, in India, Malaysia, the Philippines, a multibillion-dollar medical tourism industry has sprung up. Here in Thailand’s capital Bangkok, at least six hospitals have begun aggressively courting tourists in need or want of medical care.

Fifty-two year-old Warren Williams came here from Arlington, Virginia. He lost his health insurance when his job as a computer specialist was outsourced. He decided to outsource the treatment for a nagging knee problem.

WARREN WILLIAMS: Everything is going to be outsourced at this point from what I see — an eight-hour plane trip to Europe or something. It’s a little longer to get to Thailand, much longer to get here.

FRED DE SAM LAZARO: But that much cheaper.

WARREN WILLIAMS: Oh, much, much cheaper.

FRED DE SAM LAZARO: Williams had his left knee replaced and spent six days in rigorous physical therapy at Bumrungrad. His total cost: $5,000– one- fifth, he says, of what it would have cost at home for topnotch care.

WARREN WILLIAMS: They kept me in the hospital. In the U.S. as an outpatient you go home and put a cold pack on it. I can straighten my leg for the first time in three years. Like I said, I was going to wear a T-shirt that had “happy” on it that I bought in a mall here, so Dr. Panya would know how I felt.

FRED DE SAM LAZARO: Williams admits he had early concerns about traveling to a developing country for his surgery, but those reservations about infectious disease, the quality of care or doctors went away as he learned more. Bumrungrad, for example, has met the same requirements for accreditation as most U.S. hospitals, where many of its Thai doctors trained.

SPOKESMAN: At Bumrungrad Hospital we have over 200 U.S. Board-certified physicians, which means they’re card-carrying credentialed physicians in states throughout the United States.

FRED DE SAM LAZARO: He says the critical difference that makes Bumrungrad so much cheaper is that the doctors’ salaries are much lower. So is the cost of living. Salaries account for about one-sixth of Bumrungrad’s total costs.

In the U.S., staffing eats up more than half a typical hospital budget. Malpractice suits are rare, and Bumrungrad, with 550 beds, 140 clinic exam rooms, and labs doing everything from routine to sophisticated care enjoys huge efficiencies.

SPOKESMAN: So where most facilities might see a few hundred outpatients a day even in some of the busier hospitals in the United States we’re seeing 3,000, 3,500, 3,800 patients in a single 24-hour period.

FRED DE SAM LAZARO: Among them are Americans like Lila Pacheco, an Arizona native who now lives in Guam. The 38-year-old mother of twin girls was visiting Bangkok two years ago, developed a sinus infection, and went in to Bumrungrad.

LILA PACHECO: I was, you know, fairly impressed with the setup. And then I thought, well, you know, kind of entertaining the idea of a tummy tuck because after having twins you get a little remodeled. And so I thought, well…

FRED DE SAM LAZARO: After dieting to lose 100 pounds, Pacheco returned to undergo liposuction and breast reduction surgery much more cheaply than she could have in the U.S.

LILA PACHECO: For just a tummy tuck it would have been about $20,000, for just the tummy tuck alone. I’m going to be able to do a tummy tuck and a breast reduction for $7,000. And that includes my scrub nurses, you know, all my meds, the hospital stay and everything.

FRED DE SAM LAZARO: Including a one-bedroom suite attached to the hospital where her husband and twin 11-year-olds helped her convalesce. The care, she says, has been meticulous, unhurried, and cautious. She, in fact, had to return twice.

LILA PACHECO: Actually, I was on the operating table that morning. He got back the second group of blood tests. He said, “You know what? We’re canceling the surgery. I’m going to send you home. We’re going to have to do this later. You don’t need it bad enough.” I was really impressed with Dr. Poomee, and this makes me feel even more comfortable the second time around to try this.

FRED DE SAM LAZARO: Most patients pay for their own care. Aside from bargain-seeking Americans and the well-heeled from Thailand and nearby Asian countries, they come from Europe and Canada, where nationalized systems can mean months-long waits for things like a hip replacement.

This year Bumrungrad will see 50,000 Middle Eastern patients, ten times the number treated in 2001. Many used to travel to the U.S., but post 9/11, can’t get visas quickly. And about a third of the doctors have also come from abroad, like Lila Pacheco’s surgeon Amorn Poomee.

DR. AMORN POOMEE: I just went to make rounds and saw her about half an hour ago. She’s doing fine, she’s awake.

FRED DE SAM LAZARO: Dr. Amorn attended med school in Thailand, but went on to spend 25 years in clinical practice in Modesto, California. Like other colleagues who have returned, he says the lure of home and the chance to help build a first-rate health care system brought him back to Thailand.

He says the new hospitals like Bumrungrad, though unaffordable for most Thais, will improve overall standards of care. Thailand has low cost or free health care for all citizens, but the quality of care is not considered up to international standards. As for his own practice, Dr. Amorn says it often seems like he didn’t switch jobs.

DR. AMORN POOMEE: That’s really strange, because my patient population here and in California are the same, the same type of people. I speak English all day long because all my patients speak English. And here we are in Thailand.

FRED DE SAM LAZARO: The number of Americans coming to places like Bumrungrad could grow in the years ahead. CEO Schroeder says someday U.S. insurance policies could offer a two-tiered plan that includes some treatment overseas.

Now whether that’s to Mexico or to Canada or whether it’s outside of the United States to places like Thailand would provide a much lower premium, something much more affordable to people maybe who have trouble affording escalating premiums. So I think that’s a real potential.

FRED DE SAM LAZARO: He says none of this threatens the U.S. health care system. Bypass surgery or family medicine are not easily moved like garment making or software. Also, getting care abroad could mean giving up the right to sue for malpractice in U.S. courts. Still, it appears growing numbers of Americans are shopping globally for elective surgery, dentistry, anything not covered or covered enough by insurance.

Bumrungrad Hospital in Thailand aims to become the Mayo clinic of the East. With state of the art facilities and highly trained staff, it has become a destination for patients all over the world. They are attracted to this place by the low costs or to avoid waiting periods in home countries.