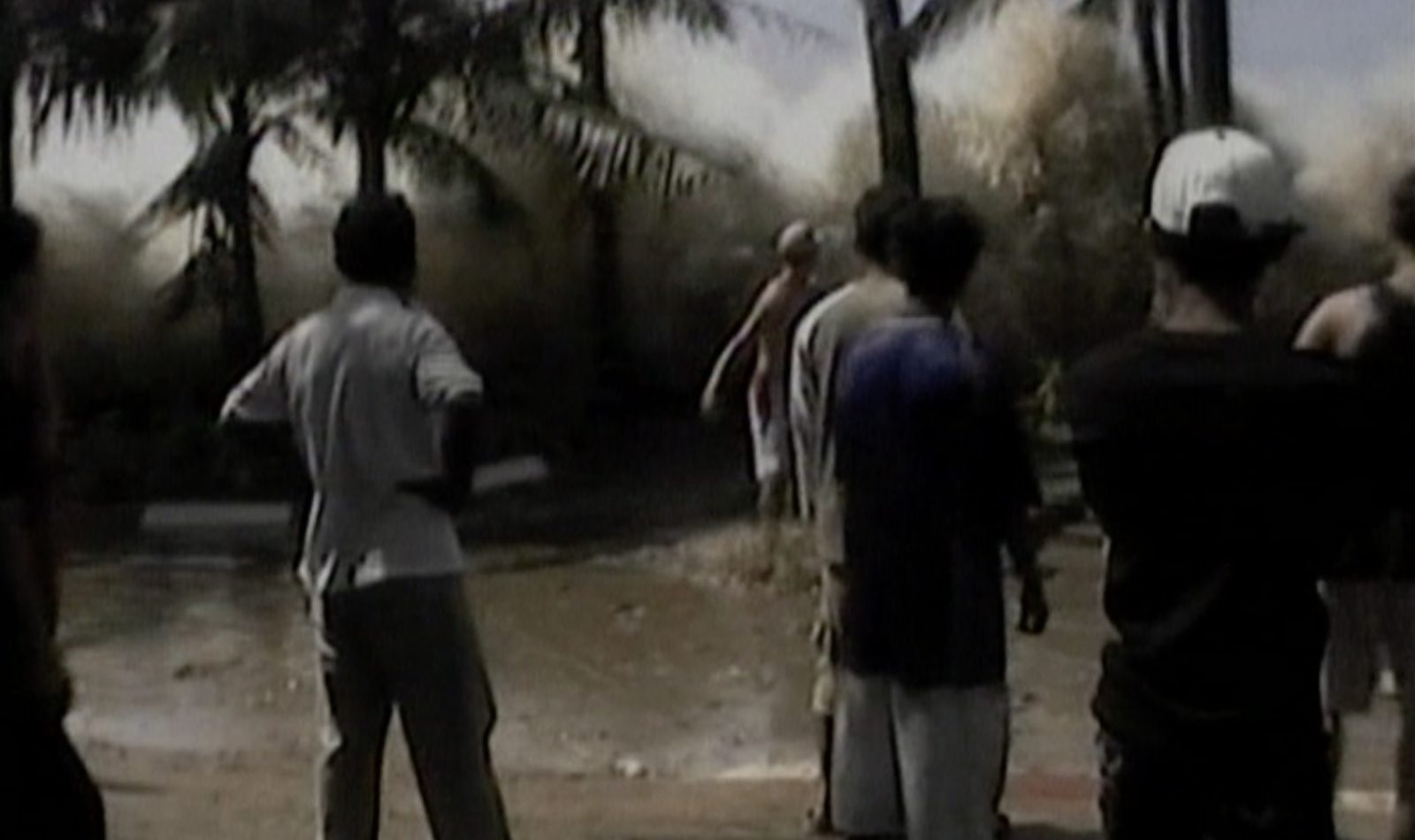 After the Tsunami: Thailand

FRED DE SAM LAZARO: Perhaps no Asian country has been as dependent on tourism as Thailand. Millions of visitors from across Europe, Asia and Australia have flocked to beaches and resorts in the country’s south.

Outside of a temporary morgue set up for tsunami victims near Phuket, a wall of remembrance honors the 5,300 or so people who lost their lives. They were Thais and workers and tourists from dozens of countries. Hundreds of bodies have still not been identified, hundreds were never recovered.

At this high-end resort in the town of Khao Lak, twelve staffers and three guests perished. Well before the shock subsided, Chaiyuth Trongkamoltum, one of the owners here, says they began rebuilding.

CHAIYUTH TRONGKAMOLTUM: The day after the tsunami, we had a gathering within the family members, you know, what do you think about the future? And we decided right then we have no choice. We have to continue. You see, this kind of national disaster, you know, will not happen for a long time, we hope, you know.

FRED DE SAM LAZARO: Chaiyuth has other businesses and credit lines. So he’s able to rebuild and expand, taking over a traumatized neighbor’s place.

CHAIYUTH TRONGKAMOLTUM: He lost his wife. He lost his daughter. He’s not a hotelier. He doesn’t know how to run a hotel. So he asked us whether we want to take over the land.

FRED DE SAM LAZARO: Southern Thailand has seen frenzied construction all year; its businesses hoping to be back by the winter tourist season. But no one’s yet sure if the guests will return as quickly.

Chaiyuth’s customers came mainly from Europe, also Japan and Korea. The latter, he fears, may be too frightened to return.

CHAIYUTH TRONGKAMOLTUM: Ghosts. Whereas for the European tourists, in India, they’re more concerned about whether the area is safe in terms of warning systems, that kind of thing, and whether the facilities in the whole area will be ready.

FRED DE SAM LAZARO: The drive to make everything ready for tourists may be taking resources and attention away from equally devastated non-tourist areas, mostly fishing communities. Their boats gone, people here fish from shore and depend on food relief handouts to survive.

HUGH PARMER: The Thai government, while it was trying to help everybody, was critically interested in getting those resort hotels repaired and back into place and back into business.

Now I’m sure they’d argue that, you know, that created jobs for people, and I’m sure it did. But at the same time, I think if you were a poor fisherman in a village who’d lost everything, the fact that all the available wood supplies and carpenters were down working on rebuilding a fancy resort hotel might not be particularly appealing to you as you try to replace your family’s necessities of life.

FRED DE SAM LAZARO: Parmer’s group is helping restore the fishing trade in villages here. ARC is building up to 500 new boats with U.S. Government and private donations. The new boats will allow people like Tae Boonreung to return to the sea. They will give women like Tabtim Boonreung, still grieving the death of her husband, a new role as a small business owner. A mother of three young sons, she plans to employ local men to run her donated boat.

TABTIM BOONREUNG (Translated): The money won’t be like before. We earned a decent living when my husband was alive. Now I have to share the income with others. It’s better than what I have now, but it won’t ever be like it was before.

FRED DE SAM LAZARO: Rebuilding their lives may be the more immediate worry, but never too far below the surface is concern about another tsunami. The Thai government is building an early warning system. The man in charge was called out of a retirement. Meteorologist Smith Dharmasaroja had called for such a system ten years ago. He’d generated controversy at the time, saying that a tsunami was imminent.

SMITH DHARMASAROJA: People called me a lot of names, and criticized me and called me a mad man, and especially some government officials told me that I destroyed the tourism industry in Thailand.

FRED DE SAM LAZARO: Saying you were scaring away tourists in other words?

FRED DE SAM LAZARO: This Bangkok center now monitors American, Japanese and other global geologic and news sources for information. They are looking for seismic activity that could affect the Thai coast.

Earthquakes are sometimes followed by high waves. So as soon as one is detected, the center is intended to send warnings to shoreline communities in case a tsunami ensues.

SMITH DHARMASAROJA: We know exactly what location of epicenter, and we calculate the time of arrival, estimated time of arrival of the tsunami. We will send this information to satellite, and this satellite will send signal to the warning tower to operate. You probably have 25 minutes or 30 minutes.

FRED DE SAM LAZARO: So far just three of a planned 62 warning towers have been installed and the system hasn’t worked well. Two quakes did actually occur this year. They did not trigger tsunami waves. However, in both cases emergency messages did not reach all the televisions and cell phones they were supposed to in beach communities. And in fishing villages like Bonsai Kai, it was even worse.

Village headman Laiman Sau says the public address system hasn’t worked since it was hit by last year’s tsunami. Evacuation orders had to come by word of mouth.

As Tai officials work out the bugs and build the early warning system, the informal telephone and door-to-door approach will likely work for some time. The force and fury of the last tsunami is enough to keep everyone here on their toes for a long time.

JIM LEHRER: Since that report was completed, Indonesia has activated the initial phase of its early warning system. Surface buoys and sensors on the bottom of the ocean are in place to detect tremors. The full system is scheduled to be in place by 2007.

Waiting for the next wave

With a booming tourism industry, Thailand has been rebuilt quickly following the tsunami. While they rebuild from the wave, they are already preparing for the next one by installing sensors to help give people a warning to seek higher ground.