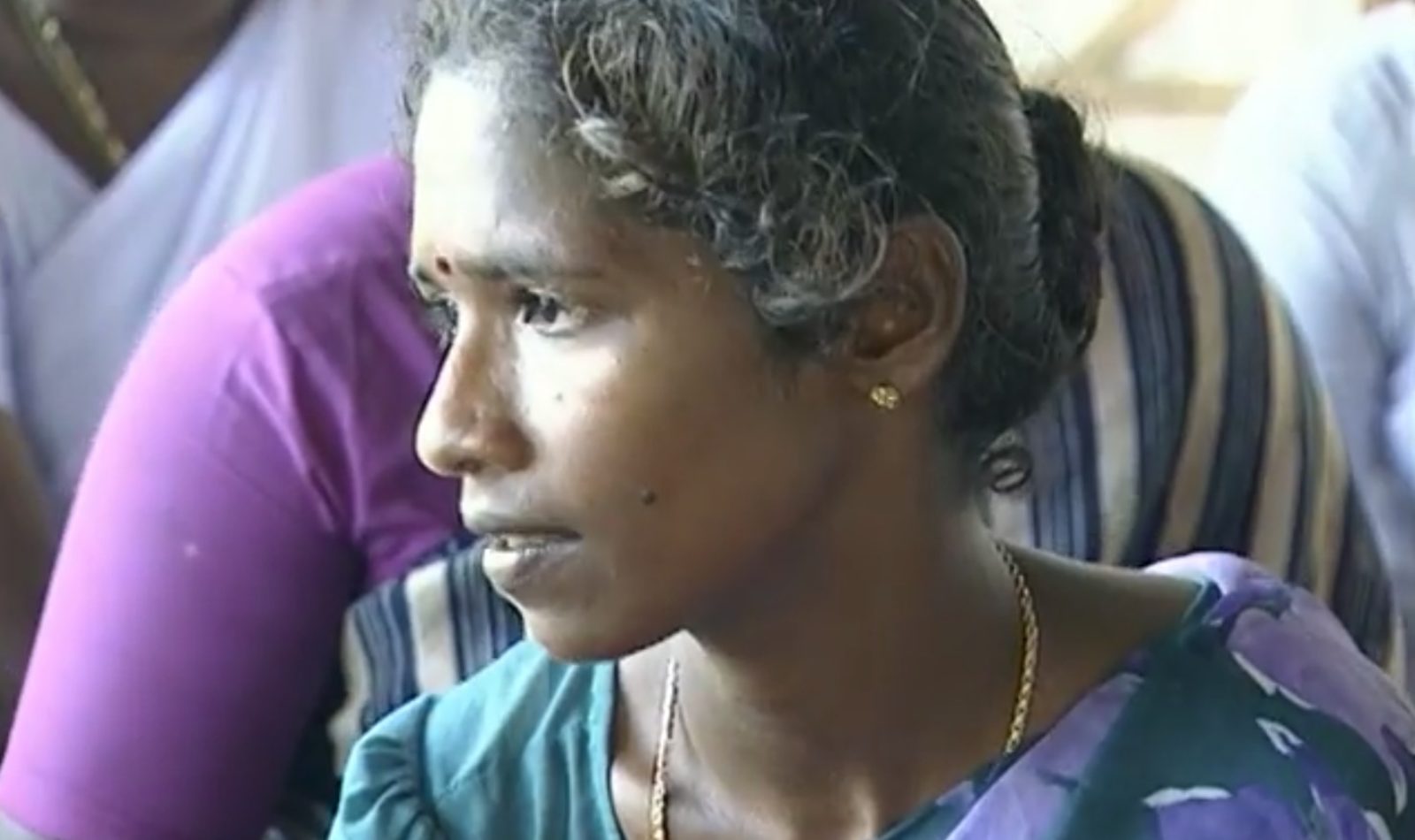 About 2,000 children perished, a third of all victims in this region. What’s especially painful is that many of the parents who survived them had already been sterilized. Sterilization is one of India’s most common forms of birth control.

Fishing communities like this would typically be prime targets for India’s family planning program. Women are urged to become sterilized after the birth of their second or third child. They usually agree, if at least one of those children is a boy.

Beyond basic food and shelter, the challenge was how to deal with post-tsunami depression. Parents were wracked with guilt, says district collector J. Radhakrishnan. He’s the top government official here.

J. RADHAKRISHNAN, District Collector: They have guilt that they couldn’t save their children. This gets compounded by the fact that, you know, because of the sterilization, they cannot even start to have a kid.

Reversing sterilization might seem a strange decision in a nation of 1 billion people, a third of whom live on less than a dollar a day, but many tsunami-hit nations expect a small baby boom as couples deal with their grief.

In Nagapattinam, children are a measure of one’s self-worth.

NIRMALA PALANISAMY, Public Health Nurse (through translator): Fishermen don’t consider things like boats and houses important; they don’t have any aspiration for these things. To them, children are their real property.

RANJINI RAMADOSS, Public Health Nurse (through translator): In these fishing communities, boy children are important. They go out to sea and assist the family at earning a living.

The surgery reconnects a woman’s fallopian tubes, which have been severed to block the passage of her eggs to the uterus. The procedure, called recanalization, is major, intricate surgery with a success rate of 50 percent, at best.

Despite the risks and pain, dozens of bereaved mothers signed up. Geetha and husband Bhaskar lost their only two children in the tsunami.

GEETHA, Lost Children in Tsunami (through translator): It is difficult. It’s very painful to look at other children running around the camp, because it makes you think of the ones you have lost.

FRED DE SAM LAZARO: Geetha underwent her sterilization reversal surgery last April. Her case in particular was watched closely by Nurse Ranjini, since Geetha had chosen sterilization even though she had no sons.

RANJINI RAMADOSS (through translator): What’s different about Geetha and Bhaskar is that most people would never undergo the family planning operation with just two children, especially if they are two girls. But Geetha and Bhaskar, they said, “No, two girls are just fine with us.”

FRED DE SAM LAZARO: Today, Geetha and Bhaskar’s one-room shack is the first stop on Nurse Ranjini’s rounds at the refugee camp. There’s nothing like starting the day on an up note. As of January, Geetha was five months along in a healthy pregnancy.

RANJINI RAMADOSS (through translator): The child is fine. Your weight could be more. You need to eat well, be calm and happy. Eat vegetables, eggs and fish.

Encouraging people to move on

FRED DE SAM LAZARO: Uplifting as her first stop was, there’s no escaping the lingering grief around this camp, particularly among those near or past reproductive age. Ranjini urged people to move on.

RANJINI RAMADOSS (through translator): Balakrishnan, your wife died in the tsunami. You haven’t remarried again?

BALAKRISHNAN, Lost Wife in Tsunami (through translator): No, I haven’t.

RANJINI RAMADOSS (through translator): Many people in the camp have found people who are widowed and got married. Why have you not married?

BALAKRISHNAN (through translator): Because I love my wife; I could not marry again.

RANJINI RAMADOSS (through translator): But what about the children? Are they in school? Who feeds them?

BALAKRISHNAN (through translator): I look after them.

FRED DE SAM LAZARO: The most challenging visits are to women like 30-year-old Shanti. She and her husband Mahendran lost all three of their children in the tsunami. Nine months after recanalization, she has yet to conceive.

J. RADHAKRISHNAN: Immediately after a tragedy, the person is what we have to tackle. This offers them hope. And in a psychosocial angle, that’s a very important hope for them to continue to return to normalcy.

FRED DE SAM LAZARO: As for those couples who, despite surgery, can’t have children, he says it will take time for them to realize this and that time itself could heal their pain, and perhaps they’ll consider adopting some of the 128 tsunami orphans.

Adoption is not common here, though; there’s strong cultural preference to have one’s own.

SHANTI, Lost Children in Tsunami (through translator): With older children, 1 or 2 years old, they’ll always wonder about their real parents. They’ll ask, “Where’s my mama and my papa?”

SHANTI, Lost Children in Tsunami (through translator): I know others who had the operation the same time as I did and have become pregnant. I’m happy for them, but I feel that, if they did it, we can do it, too, in the future.

FRED DE SAM LAZARO: Looking ahead, the future does seem brighter for babies being born here and, to some extent, for their parents, thanks to government and private aid that’s come in.

A new auction hall and better refrigeration and drying equipment for fish should bring better prices for fishermen. Some women have trained in small-scale businesses, and more children are in school.

Despite the hopes for a better life ahead, it all seems muted, even among those who feel lucky, like Geetha and Bhaskar.

GEETHA (through translator): I was very happy when I learned that I had conceived, but I am still grieving for the children that I lost.

BHASKAR, Lost Children in Tsunami (through translator): One’s name was Jodya; the other’s name was Sociya. These photos were in my sister’s house. It was a group photo, which we had re-done with our girls. They help keep their memory alive. They’ll be in our memory until we die.

FRED DE SAM LAZARO: They never had a preference, never minded having girls. But having lost them, Geetha and Bhaskar say, they really hope the new baby is a girl, a child who, either way, they insist, will get an education.

RAY SUAREZ: For the record, the couple, Geetha and Bhaskar, gave birth to a healthy baby boy.

Another chance for bereaved parents

In Nagapattinam, India a new program reverses sterilization in women who lost children in the tsunami.