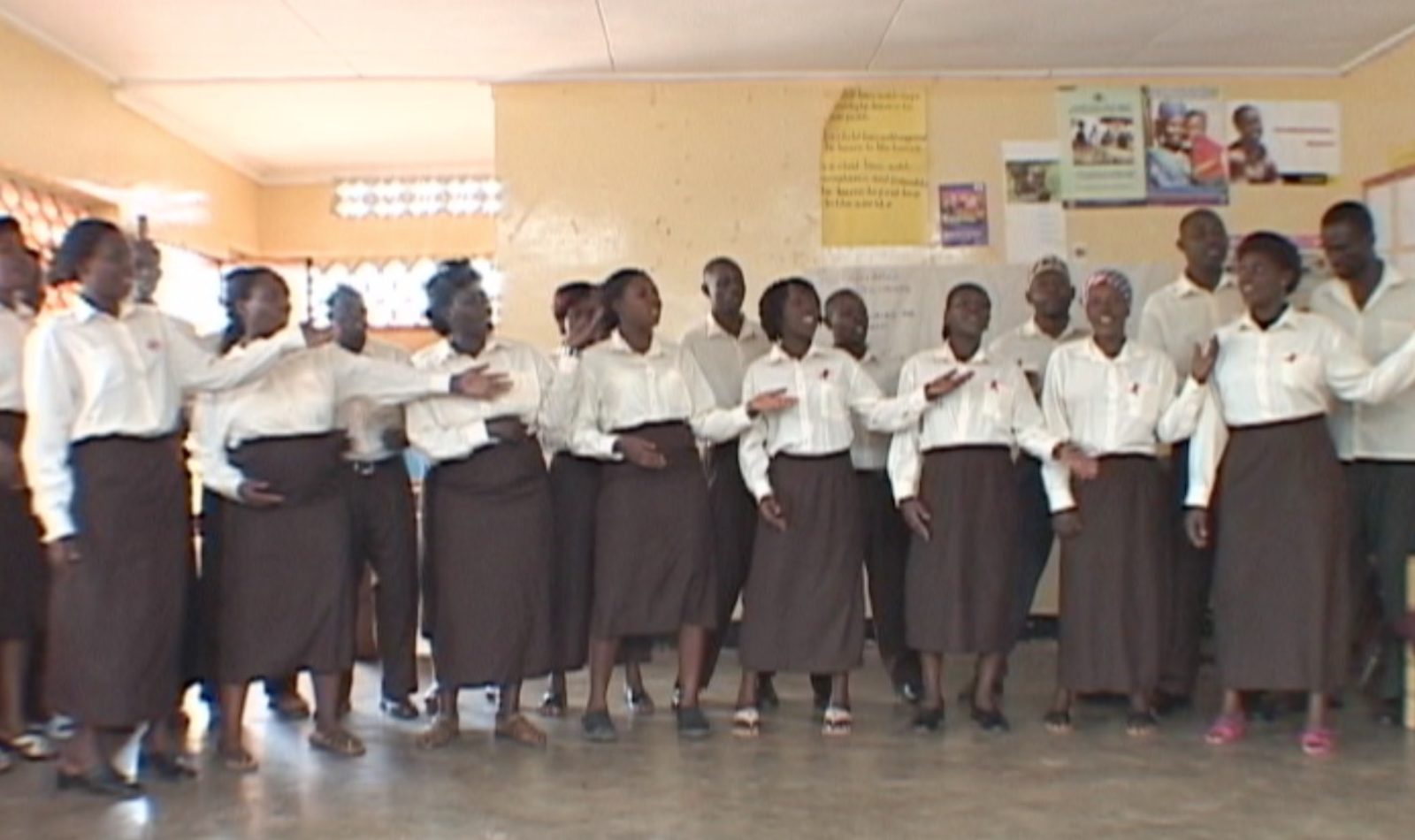 Uganda is well known for developing the ABC program , abstinence, be faithful, and condoms, to combat AIDS. This has been credited for the sharp decline that Uganda has seen in its HIV infection rates. More support for stressing the abstinence message is coming from the US and it’s been controversial.

[showhide type=”transcript” more_text=”Read the Transcript” less_text=”Close the Transcript”]
FRED DE SAM LAZARO, Correspondent, Twin Cities Public Television: It’s a painfully familiar story across Africa. Fatuma Namata struggles each day to feed the household she heads of 10 children; four are orphans of her two sisters who died of AIDS. She, too, is HIV-positive.

Yet unlike most other Africans, Ugandans like this family live with less stigma from AIDS and more hope. For example, although two of Namata’s children are HIV-positive, both receive the once prohibitively costly antiretroviral drugs.

FATUMA NAMATA (through translator): They are aware. They understand about HIV and AIDS, and in the future they’re hoping that maybe there will be a cure. In fact, the younger one expects to grow up. He wants to be a pilot.

FRED DE SAM LAZARO: Uganda had Africa’s earliest campaigns to urge love and support for those in need. In the 1980s, when most African governments seemed in denial, Ugandans readily acknowledged the AIDS epidemic and encouraged programs to deal with it, including a network of community support groups called TASO.

Through dance and drama groups, TASO taught how HIV is and is not spread. They also helped launch a unique prevention campaign called ABC. It was described in this 1995 interview by TASO’s founder, Noerine Kaleeba.

FRED DE SAM LAZARO: Acting Health Minister Dr. Samuel Okware says ABC made no value judgments. It just offered options for everyone, whether they were ready to abstain, be faithful, or use condoms.

DR. SAMUEL OKWARE, Acting Health Minister, Uganda: Even in the same individual, in the morning you are on mode A. In the evening, you’re on mode B. And maybe at night, after a small drink, you’re on mode C, and vice versa.

FRED DE SAM LAZARO: The results were impressive. A key measure of the epidemic, HIV prevalence among pregnant women, dropped dramatically from 30 percent to 6.5 percent by the early 2000s. These achievements won praise and more international aid.

President Bush visited Uganda in 2003. He cited the ABC program as a model when he increased AIDS assistance to African countries that year.

But with increased American aid came a new emphasis on abstinence. Critics, including U.N. AIDS officials and the General Accountability Office of the U.S. Congress charged this is distorting the ABC program.

Under a provision mandated by Congress, the U.S. now requires that a third of all prevention money be used to promote abstinence. The number of such programs has grown.

GROUP (singing): Jesus, I want to be close to you.

FRED DE SAM LAZARO: Many are led by evangelical Christian groups, modeled after American counterparts that lobbied for the abstinence requirement.

Edward Baligonzaki
Ugandan Pastor
Condoms are for the condemned. Condoms, C, for C, condoms for the condemned. But for the righteous, it is A, B.
FRED DE SAM LAZARO: Young people are asked to sign abstinence pledge cards at rallies, which are held regularly at Uganda’s largest university.

UGANDAN CITIZEN: A, abstinence; B, be faithful; and C, redefine that C to change company.

FRED DE SAM LAZARO: If condoms are mentioned at all, it’s to question the morality — or the effectiveness — of using them, even though almost all scientists say condoms do help contain the spread of the AIDS virus.

PASTOR EDWARD BALIGONZAKI: I had one problem one time with one of the pastors, who said condom use is for those condemned.

FRED DE SAM LAZARO: Baligonzaki counsels young people at this Kampala church. He says some of them simply will not be able to abstain. He’s concerned condoms are becoming less freely available and less socially acceptable, and he fears this will lead to more unprotected sex and more HIV infections.

EDWARD BALIGONZAKI: We are talking about young people who are having a body, who have feelings. We are bound to lose the war the moment we turn physical health and the realistic issues into moral issues.

STEPHEN LANGA, Executive Director, Family Life Network: This word here, “morality,” is a word that is not politically correct.

FRED DE SAM LAZARO: Stephen Langa heads a group called the Family Life Network, which conducts abstinence workshops for youth and teachers. He says studies show casual sex, especially among young people, has decreased in recent years. He attributes this to what he calls improved morality.

STEPHEN LANGA: We are working towards the restoration of family values and morals in our society.

Condoms are a necessary evil

YOWERI MUSEVENI, President, Uganda: It may not be optimal, but it will be safe sex. It will be better than dying. I look at the condom as an improvisation, not a solution, an improvisation.

FRED DE SAM LAZARO: To some observers, it’s a sharp reversal from his leadership earlier one.

BEATRICE WARE, AIDS Activist: I think Uganda is simply trying to be politically correct, to say what would please Bush. And I think for me, as a human rights activist, it is a big shame that our government is putting the United States’ agenda before the needs of its citizens.

FRED DE SAM LAZARO: Ware became an advocate after contracting the AIDS virus from husband. She says the American-inspired abstinence and faithfulness campaigns do not protect women, even those who are married. Forty percent of newly-infected Ugandans are married.

BEATRICE WARE: We know that, for most women now, marriage is not a safety net, that infections in marriage are on the increase. And we also know from, again, evidence based from research that, for women, negotiating safer sex is really a big challenge. And however faithful you might be, like I was, you cannot control the sexual behavior of your husband.

FATUMA NAMATA (through translator): He used to say, “We don’t have a prostitute in this house, so there’s no need to have condoms in his house.”

FRED DE SAM LAZARO: For its part, the government, despite criticism, insists it has not changed the ABC approach.

DR. SAMUEL OKWARE (through translator): The thrust of the national program is to take care of all the three components. So irrespective of the policies that come from anywhere, the resources or the inputs, our policy has remained the same.

FRED DE SAM LAZARO: One part of the Bush plan that wins praise all around is treatment: 38,000 Ugandans receive antiretroviral drugs with U.S. funds. A similar number are funded by other international donors.

But even in Africa’s most successful country in combating AIDS, there’s no escaping the gravity of the epidemic. Some one million Ugandans are HIV-positive, and there isn’t enough money to provide drugs to all.

HIV prevalence, instead of continuing downward, has plateaued around 6.5 percent. Because there’s still so much AIDS, the average life expectancy for Uganda’s population today is 43 years.
[/showhide]