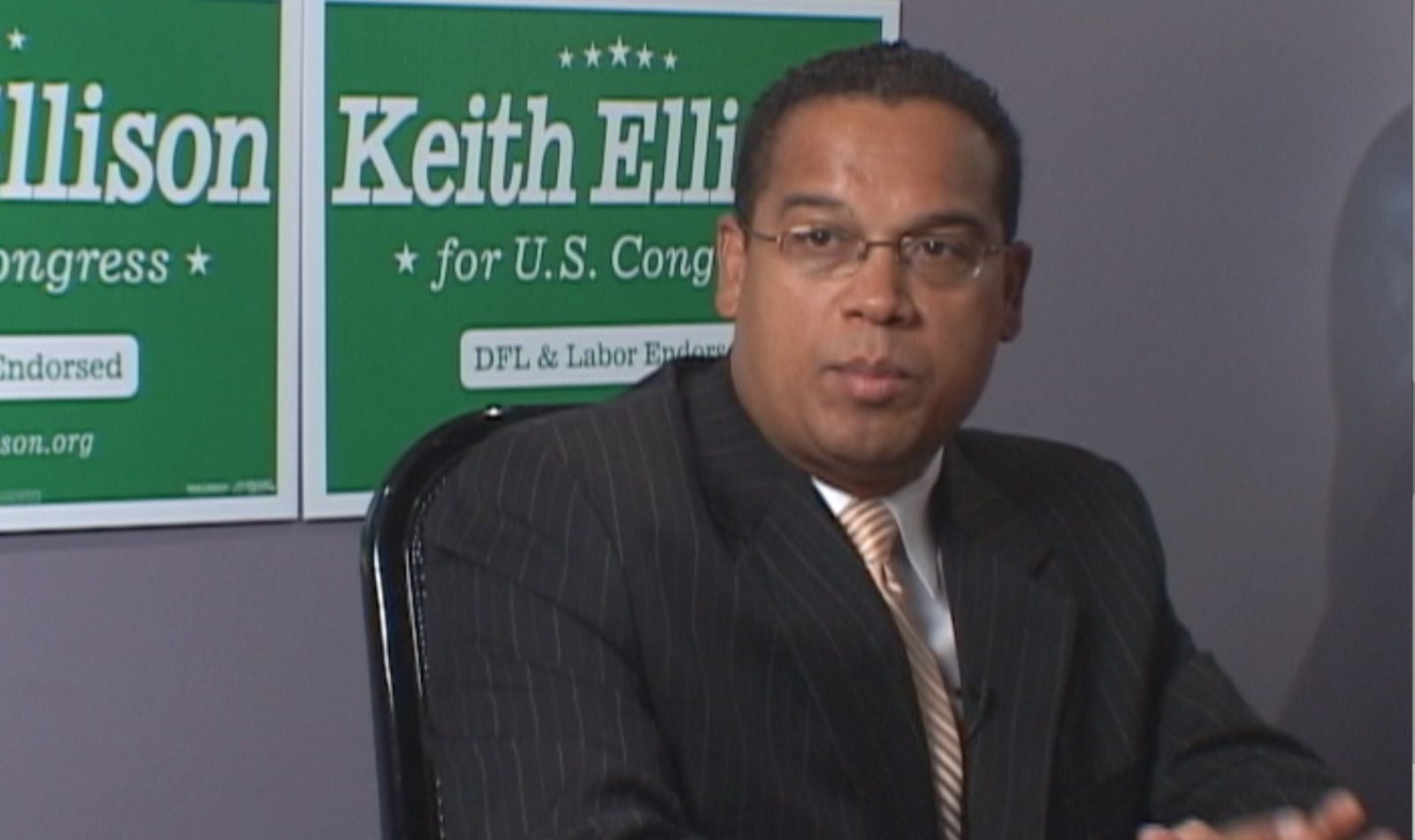 FRED DE SAM LAZARO, Correspondent, Twin Cities Public Television: Newly elected members of Congress don’t take office until January, but they gathered in Washington this week for orientation. Among this largely Democratic group, one stood out: Keith Ellison from Minneapolis, his state’s first African-American and the nation’s first Muslim member of Congress.

Minnesota’s 5th District has voted strongly Democratic since 1963, but some voters in our random survey weren’t aware they’d made history when they elected Ellison.

MINNESOTA CITIZEN: For Congress, I voted for — actually I voted all Democrat.

JOURNALIST: You did. So you voted for Keith Ellison?

JOURNALIST: And did you know who he was before you voted?

MINNESOTA CITIZEN: No, I didn’t.

JOURNALIST: Did you know much about Keith Ellison before you voted?

JOURNALIST: Did you know that he was a Muslim?

REP.-ELECT KEITH ELLISON (D), Minnesota: Oh, how are you? Is this your son?

FRED DE SAM LAZARO: But in the Muslim community, Ellison was no stranger. In fact, one reason he won a tough primary race against three well-known opponents was the outpouring of support from this community.

Ellison was a frequent campaigner in places like this Somali shopping center in Minneapolis and in other gatherings of local Muslims. He said he understood their concerns about being treated differently.

KEITH ELLISON: They are looking for their representatives to just really stand up for the due process and the rule of law. The whole idea of profiling people because of what they look like, or the countries they come from, or their accent is something that I think the Muslim community is concerned about.

FRED DE SAM LAZARO: The 43-year-old Ellison was raised Catholic in Detroit. He converted to Islam in college before moving to Minnesota to attend law school. Though he’s grown in his faith and is observant, Ellison says he was first attracted to Islam almost as a political statement. His early political statements included some writings in praise of Louis Farrakhan, the often-anti-Semitic leader of the Nation of Islam.

For Alan Fine, Ellison’s Republican opponent who is Jewish, it was a major campaign issue.

KEITH ELLISON: Yes, I did. But I also…

ALAN FINE: Did you…

KEITH ELLISON: But I also explained that those — that I’ve come about a new point of view on this issue when more information came to my attention.

FRED DE SAM LAZARO: Ellison denied he was ever anti-Semitic. He said his only association with the Nation of Islam was as an organizer of the group’s Million Man March in 1995.

KEITH ELLISON: I think that I was definitely a frustrated younger man. I think I definitely felt a strong urgency for social change around issues of rights and human rights, and equality, and opportunity, and inclusion.

FRED DE SAM LAZARO: Political peers credit Ellison’s diplomatic skills with smoothing out his relationship with the Jewish community. One of its leaders is Phyllis Kahn, a colleague in the state legislature.

PHYLLIS KAHN (D), State Representative: Firstly, he went right to the Jewish community. He immediately met with people in JCRC. He didn’t step away from going to forums at Temple Israel and things like that, and I think showing that he had nothing to hide.

FRED DE SAM LAZARO: Kahn says Ellison was careful to present himself as a candidate who happened to be Muslim, not a Muslim candidate. She observed one television interview he gave an Arabic-language television channel.

PHYLLIS KAHN: The question that she asked him was — this was supposedly going to a totally Arabic audience — they say, “What is your election? What are you going to do for Muslims now that you’ve been elected?” And his answer was so good. He said, “I am going to be the best possible congressman for all of the people in my district.”

FRED DE SAM LAZARO: On policy issues, Ellison favors a quick withdrawal of U.S. forces from Iraq and a single-payer government-run health care system. He also supports gay rights and, during the campaign, spoke at the Lynndale United Church of Christ, which strongly supports the rights of gays to marry.

KEITH ELLISON: Just like we should not make laws and enshrine in the Constitution a law that says that people of different colors can’t be married, the state should not decide who gets married based on sex, either.

FRED DE SAM LAZARO: He says his visible support of gay rights has sometimes prompted concern among conservative Muslim supporters. He has an answer for them.

KEITH ELLISON: I said, look, you know, as a Muslim, you’re getting visits from law enforcement officials even if you haven’t done anything. You heard about relatives being stopped at the airport. You feel vulnerable at this time. Do you want to be the one to say who should not have rights, if you understand what I mean?

FRED DE SAM LAZARO: In Washington, Ellison seems to be already following his own path. At orientation for incoming congressional freshmen, he decided to skip dinner at the White House with President Bush and went instead to a reception given by labor leaders. That decision, he said, wasn’t even a close call.

Congressman Keith Ellison from Minneapolis was the first Muslim in the nation to be elected to Congress.