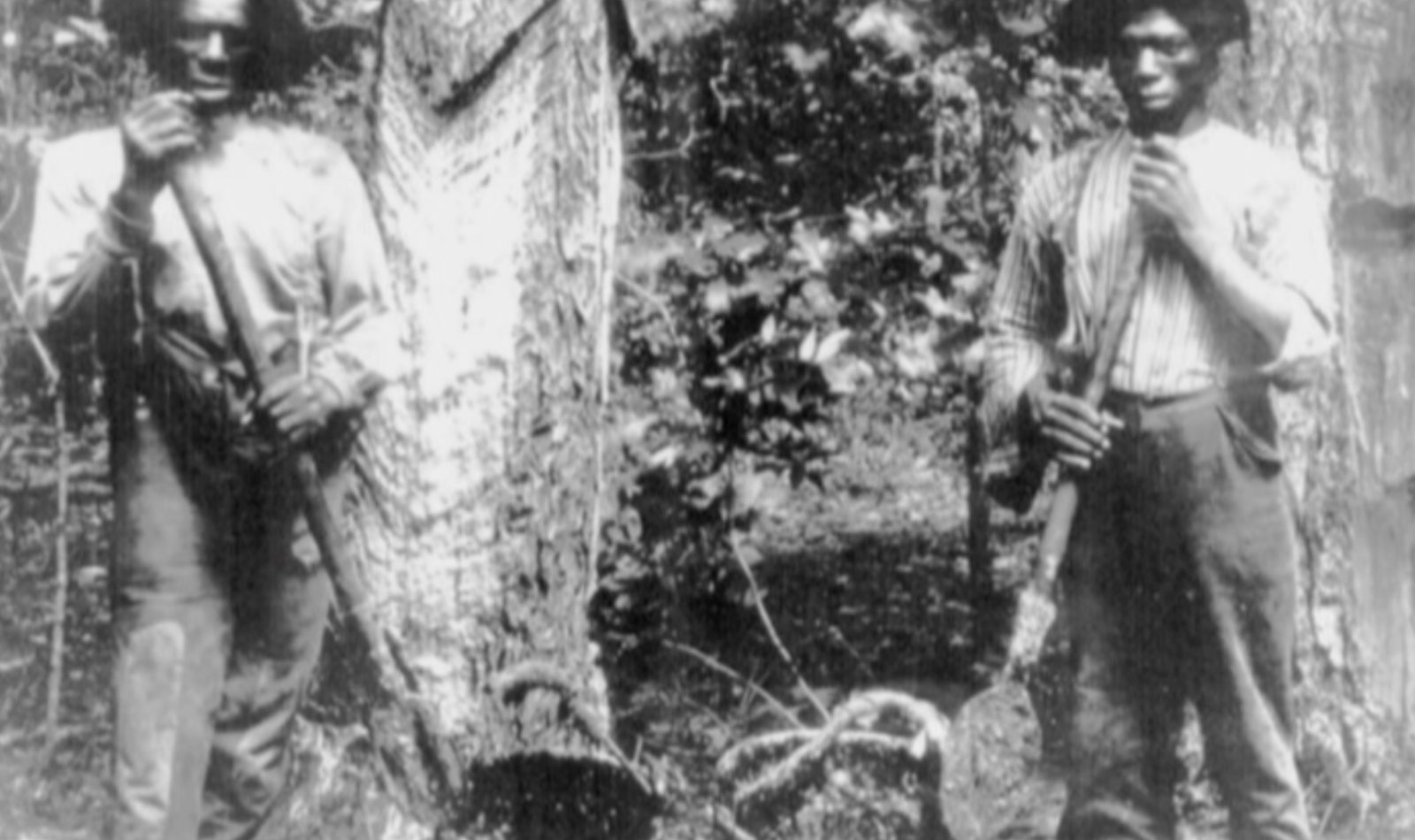 GWEN IFILL: Finally tonight, another in our series of profiles of Purpose Prize nominees. The prize is awarded to people who began new social enterprises after retiring. Special correspondent Fred de Sam Lazaro reports from the Sandhills region of North Carolina.

FARMERS MARKET ATTENDEE: And we don’t have to put it all out, but let’s put enough out to…

FRED DE SAM LAZARO, NewsHour Correspondent: This summer, for the first time in recent memory, there was a farmers market in Spring Lake, North Carolina.

FARMERS MARKET ATTENDEE: We do thank you for giving Mrs. Jenkins a dream.

FRED DE SAM LAZARO: The weekly event is the brainchild of Ammie McRae Jenkins. She retired in 2001 at age 60 and returned to the Sandhills area, a sprawling region about an hour south of Raleigh-Durham, a land steeped in rich, sometimes painful history.

On this spot in 1789 in the Sandhills largest city, Fayetteville, North Carolina ratified the U.S. Constitution. But this also was a market where slaves were bought and sold. Ten miles away is the Army’s Fort Bragg. Tucked inside is another would-be landmark.

AMMIE MCRAE JENKINS, Sandhills Family Heritage Association: This is what is left of the foundation.

FRED DE SAM LAZARO: A few rocks from the fireplace are about all that is left of the 650-acre McRae family homestead, built by her great-grandfather. He was in a pioneering group of freed slaves who bought and farmed land here after the Civil War. This was Jenkins’ childhood home.

AMMIE MCRAE JENKINS: We grew everything. We had the fruits, the vegetable gardens. We had lots of hogs. We had cows, goats, chickens.

FRED DE SAM LAZARO: That all changed suddenly in 1954, when her father died of lupus at age 35. Ammie was 13. Soon after, her mother and six younger siblings were harassed by racist hate groups and evicted from this land, which eventually became part of the Army base.

AMMIE MCRAE JENKINS: We didn’t leave because we wanted to. It was through intimidation. My mother didn’t know that people were working behind the scenes to take the land. So we lost all of that.

FRED DE SAM LAZARO: Were you paid at all for that?

AMMIE MCRAE JENKINS: Oh, no. No, we were not paid.

AMMIE MCRAE JENKINS: Just completely lost. It was like a bad memory. Amongst all of the good memories that we had living here, that was a bad memory.

FRED DE SAM LAZARO: She went to Durham Technical College and was a computer programmer and businesswoman in Raleigh, where she married and had two children. She never wanted to come back to these childhood haunts, thinking it would bring back painful memories. But she did so in the late-’70s to fulfill one of her ailing mother’s final wishes.

AMMIE MCRAE JENKINS: She wanted to see the old home place before she died. We wanted her to see it, but she was so sick at the time that she couldn’t come. Coming down that road, that fear was still there, and it was like, “I don’t want to go. I don’t want to go.”

But I wanted to do it for Mama, because Mama had told me, “See, if you just go, look around, if there’s an old jar lid or anything that reminds you of the old home place or if there’s still any grapes or pears around, bring me something from the old home place.” And I wanted to do that for her. We came down that road and started up the little road that leads to the house, and a miracle happened.

FRED DE SAM LAZARO: That miracle was that it brought back fond memories and a rediscovery of her ties to the land, her own family’s story similar to many African-Americans who moved, willingly or unwillingly, to cities and urban lifestyles.

AMMIE MCRAE JENKINS: We didn’t have land. We left from being self-sufficient to, where do we go from here? We have nothing, to the point of accepting handouts and that type of thing. So I know what it is to own land, which is one of the reasons that I’m so passionate about land ownership, especially if your whole culture and everything about your life is tied to that land, so it was just like we had lost everything.

FRED DE SAM LAZARO: In 2001, a retired Ammie McRae Jenkins founded the Sandhills Family Heritage Association, a back-to-the-land movement for African-Americans. It provides workshops on estate planning and how to avoid modern-day versions of the fraud and intimidation that dispossessed her family.

AMMIE MCRAE JENKINS: We are in an emergency phase right now trying to hold onto our land, because we are losing land now at a rate of 70 percent of African-American farms, as compared to the 18 percent in the white community.

Hanging onto the land

FRED DE SAM LAZARO: She says many who have left the area inherit land here, which they attempted to sell to developers in this fast-growing region. Jenkins tries to coax them to hang onto land or to sell to a relative who might farm it.

Ed and Sheila Spence are a poster couple. They returned to their native Sandhills area after long military and teaching careers in San Diego, California.

ED SPENCE, Resident of Sandhills Area: My grandparents were sharecroppers. We literally lived off the farm. You know, all our meats come from the farm, the hogs, the cows. All the vegetables came from the farm, but they never owed any of the land. And so this was special for us to be able to do the same thing that we did when I was a child, but now we own the land.

SHEILA SPENCE, Resident of Sandhills Area: Last year, we cut it down, because we didn’t realize that they produced grapes.

FRED DE SAM LAZARO: The Spences bought 10 acres in 2001 on which they grow various fruits, vegetables, herbs, and raise goats. Jenkins’ program linked them with available extension services to reacquaint them with land management practices that sustained their ancestors.

SHEILA SPENCE: We’ve shared that with our grandchildren. With Sandhills, we had a youth program. My granddaughter and I participated in that program, and it was very enlightening to her. Without her being out in the field, in the heat of the day, picking peas, she would have never been able to realize what it was like for our ancestors to be working on sharecroppers’ farms or be enslaved, to have to do that.

AMMIE MCRAE JENKINS: This is Mr. Wright, our black farmer of the year.

FRED DE SAM LAZARO: Ammie Jenkins says the next step is to help people go beyond just owning farmland, but to making a living. The farmers market is one way.

AMMIE MCRAE JENKINS: I’m not talking about living in the past, but I’m talking about recognizing those things that we had that are of value and building on those assets.

FRED DE SAM LAZARO: Her ultimate goal is to recognize and preserve those things in a museum. Jenkins is negotiating with the Army to put it on the homestead her family began here in 1882.