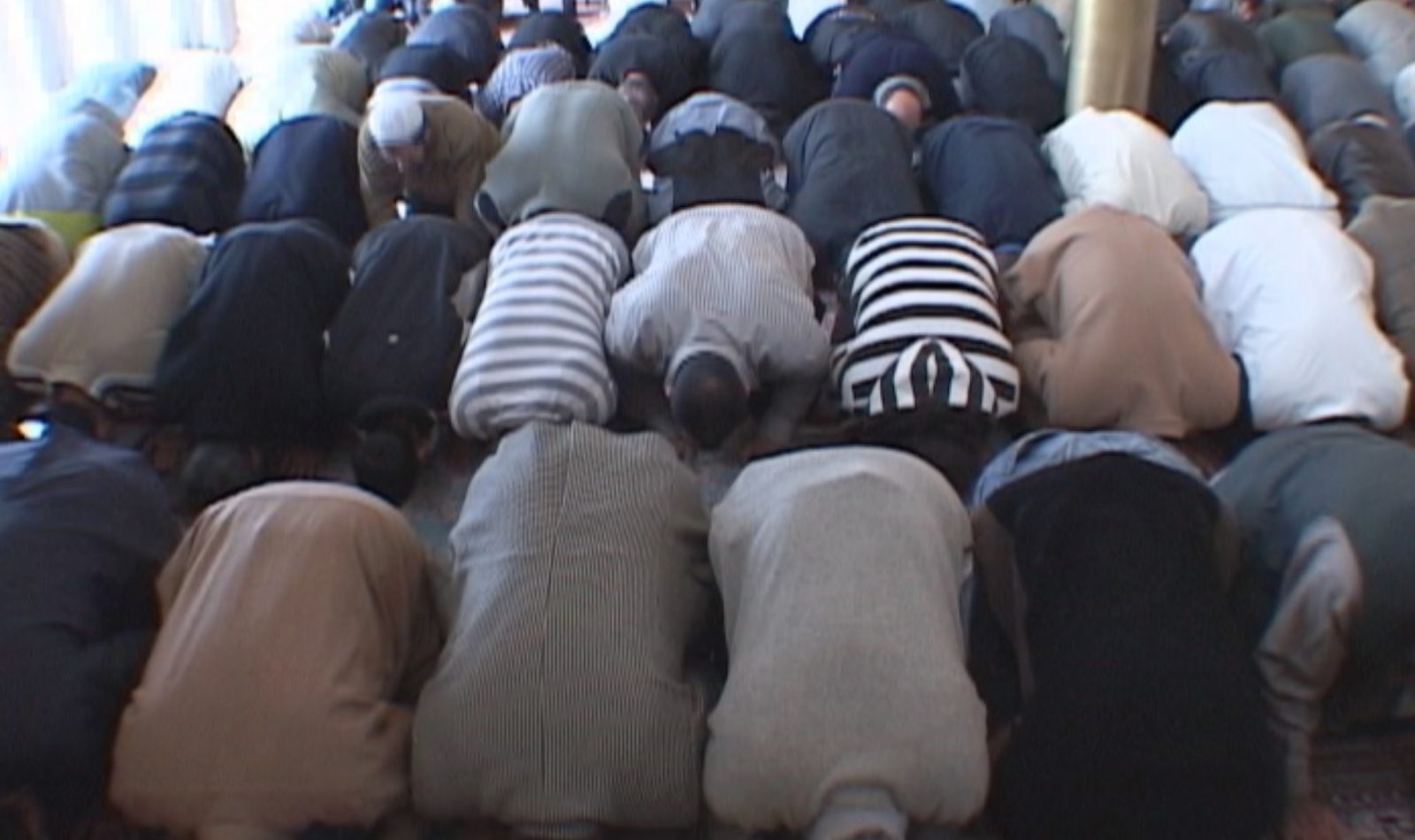 JIM LEHRER: Finally tonight, Iraq’s faraway refugees. There have been reports of thousands of Iraqis returning to their homeland from neighboring Syria, but some are much further from home. Special Correspondent Fred de Sam Lazaro has that story.

FRED DE SAM LAZARO, NewsHour Correspondent: Sweden was not part of the coalition that went into Iraq, yet this Nordic nation has taken in more refugees from there than any other country outside the Middle East.

At Friday prayer services in the city of Malmo are refugees from some of the world’s most violent conflicts: Bosnia, Somalia, Afghanistan, and, most numerous nowadays, Iraq.

TEACHER (through translator): Our topic today is adapting to Swedish life.

FRED DE SAM LAZARO: They are people like Haider Kassam al Tamimi. He left his wife and two small children in Baghdad after his life was threatened.

HAIDER KASSAM AL TAMIMI, Iraqi Refugee and Auto Mechanic (through translator): I was working for a government ministry in the electricity department. A private American company came in to work with the ministry, and the Mujahideen were against the Americans. They sent me a threatening letter because I did not quit my job.

TOBIAS BILLSTROEM, Swedish Migration Minister: If the U.S. had taken in as many refugees as Sweden has done so far per year, it would have been approximately 500,000 that the U.S. would have accepted so far, if you compare the amount of the populations.

So still 90 percent of them are still entitled to stay here. I would say that probably we have the world’s most liberal and generous legislation when it comes to asylum matters.

FRED DE SAM LAZARO: Recently Swedish courts ruled that only those who face a personal, rather than a generalized threat of harm should get asylum. Still, Dan Eliason, who heads the agency that processes asylum applications, says most Iraqi ones are approved.

DAN ELIASON, Swedish Migration Board: If you are individually threatened, tortured, or something like that, then you can, of course, have right to stay. So still 90 percent of them are still entitled to stay here. I would say that probably we have the world’s most liberal and generous legislation when it comes to asylum matters.

Immigration is closely linked to the country’s post-war economic boom. It first brought migrants from Yugoslavia, Greece and Turkey. In the 1970s, political refugees began arriving, from Iran and Saddam Hussein’s Iraq, like Mustafa Diner.

Today he co-owns a halal butchery, whose soaring sales mirror the new demographics: $20 million a year of meat slaughtered according to Muslim custom.

MUSTAFA DINER, Businessman (through translator): We began in 1995 with four employees, including myself. Now we have 27 and could get much larger if we had more space. People want halal meat. The business has grown steadily.

I think it’s quite good, but maybe we have difficulties in taking care of all the refugees, because they have so many problems. They have had wars, and so then they come to Sweden, and they need psychological help.

FRED DE SAM LAZARO: The steady growth of Sweden’s refugee population — most happen to be Muslim — may be good for business. And on the street, most people we talked to like the idea of Sweden as safe haven. But there’s growing worry about the new influx.

BRITT NORDEBRINK, Swedish Citizen: I think it’s quite good, but maybe we have difficulties in taking care of all the refugees, because they have so many problems. They have had wars, and so then they come to Sweden, and they need psychological help.

BRITT NORDEBRINK: Because we can’t take care of all of them.

FRED DE SAM LAZARO: Are there too many here already?

BRITT NORDEBRINK: Yes, I think so.

ROBIN TRAVIS: You make sure that they get jobs, they get somewhere to live, and they get a place in Swedish society. Otherwise, you create a problem.

ULF WISTROEM (through translator): Unfortunately, we have imported a lot of crime from different countries. The immigrants that commit crimes make all the other immigrants look bad. This problem has made the right-wing party get a lot of votes. We should accept less immigrants. We’re taking too many Iraqis, and it’s hard on our economy.

FRED DE SAM LAZARO: Those who support the immigrants say the problem is that refugees have trouble finding work, despite a robust economy. They want to add on-the-job training to the classroom instructions the newcomers get.

HAIDER KASSAM AL TAMIMI (through translator): It’s hard to feel integrated. We don’t have the language.

This mosque is not imported. It’s on Swedish soil, a Swedish model so all Muslims should be able to be here. You cannot bring politics from your own countries here. We’re very clear: No politics from other countries, just Swedish politics.

FRED DE SAM LAZARO: Haider Al Tamimi, an auto mechanic, is frustrated no one will hire him until he can speak Swedish. He’s forced to crowd in with three others in a small apartment amid an acute shortage of public housing.

But for every story like his, some Swedes say they hear about others who don’t want to integrate. Peter Frankel is a business consultant in the southern city of Lund.

PETER FRANKEL, Swedish Business Consultant: There are those who miss their homeland so much that they stay in their misery. In their mind, they stay there. And you can see that clearly in the way they dress, in the way they insist on keeping their name, and in reinforcing that and go into conclaves.

FRED DE SAM LAZARO: The conclaves he refers to are immigrant clusters where Hamid Feyli and his wife, Selma Rahim, live. They’ve spent 15 years here. He has a good job as a carpenter, and three of their four children were born here. Still, they say, they will never be Swedish.

SELMA RAHMAN, Iraqi Immigrant (through translator): Look, we are Muslim. One of the most important orders in Islam is to respect the people, place and culture where you live. When we translate this to practical behavior, it means respect for the law, and this is enough.

HAMID FEYLI, Iraqi Immigrant (through translator): We don’t want to stay here. We are going to our Iraq. Our Iraq is rich. Our Iraq is powerful. We have petrol, agriculture. We have everything. We hope only that the leaders will do the right thing. We hope Iraq will be like Sweden. Actually, it could be better than Sweden.

FRED DE SAM LAZARO: But he concedes that repatriation is likely to be years away. That makes retaining one’s original identity difficult, especially for the next generation, says the man who founded the Islamic Center of Malmo, which has a mosque, community center, and this government-funded primary school.

BEJZAT BECIROV, Director, Islamic Center of Malmo (through translator): In the second generation, it will change. Parents still hold onto these dreams, but the children don’t.

BEJZAT BECIROV (through translator): This mosque is not imported. It’s on Swedish soil, a Swedish model so all Muslims should be able to be here. You cannot bring politics from your own countries here. We’re very clear: No politics from other countries, just Swedish politics.

FRED DE SAM LAZARO: Still, this mosque has been firebombed three times in recent years. No one is sure if it’s the work of right-wing or Islamic extremists who have called the center “Islam-lite.”

Such incidents have raised fear that a segregated, marginalized immigrant community could invite terrorist groups or turmoil, like that witnessed in the Paris suburbs last year. Offsetting those concerns are Sweden’s relatively positive history with immigration and that this aging society needs the newcomers, says business consultant Frankel.

PETER FRANKEL: So there’s a historic understanding or sense that, given some time enduring it, this will be something positive for Sweden. And we need those people in a lot of jobs. I mean, we really do. I think it’s a question of time, and I think there is a strong consciousness of that, even though, of course, for the moment, perhaps for a couple of years, it will be — it’s tough, and it is irritating.

FRED DE SAM LAZARO: One source of irritation, even resentment from all sides, is the fact that the United States isn’t taking on more of the refugee burden. Ilmar Reepalu is the mayor of Malmo.

MAYOR ILMAR REEPALU, City of Malmo: Sweden didn’t take part in the Iraq invasion. If you look upon the second quarter this year, 4,500 of the Iraqis came to Sweden and were accepted here; 2,500 went to Greece; 400 get to Spain; and 180 to United States, 180. That’s half the number that we accepted in Malmo in the same time. How come?

FRED DE SAM LAZARO: The U.S. has promised to sharply increase the number of Iraqis it will admit, but that number will still be a fraction of those who will go to Sweden.

Sweden has been a refuge for thousands of Iraqis displaced by the war. A report on how the country has handled the influx of refugees and what life is like for Iraqis in a new land.