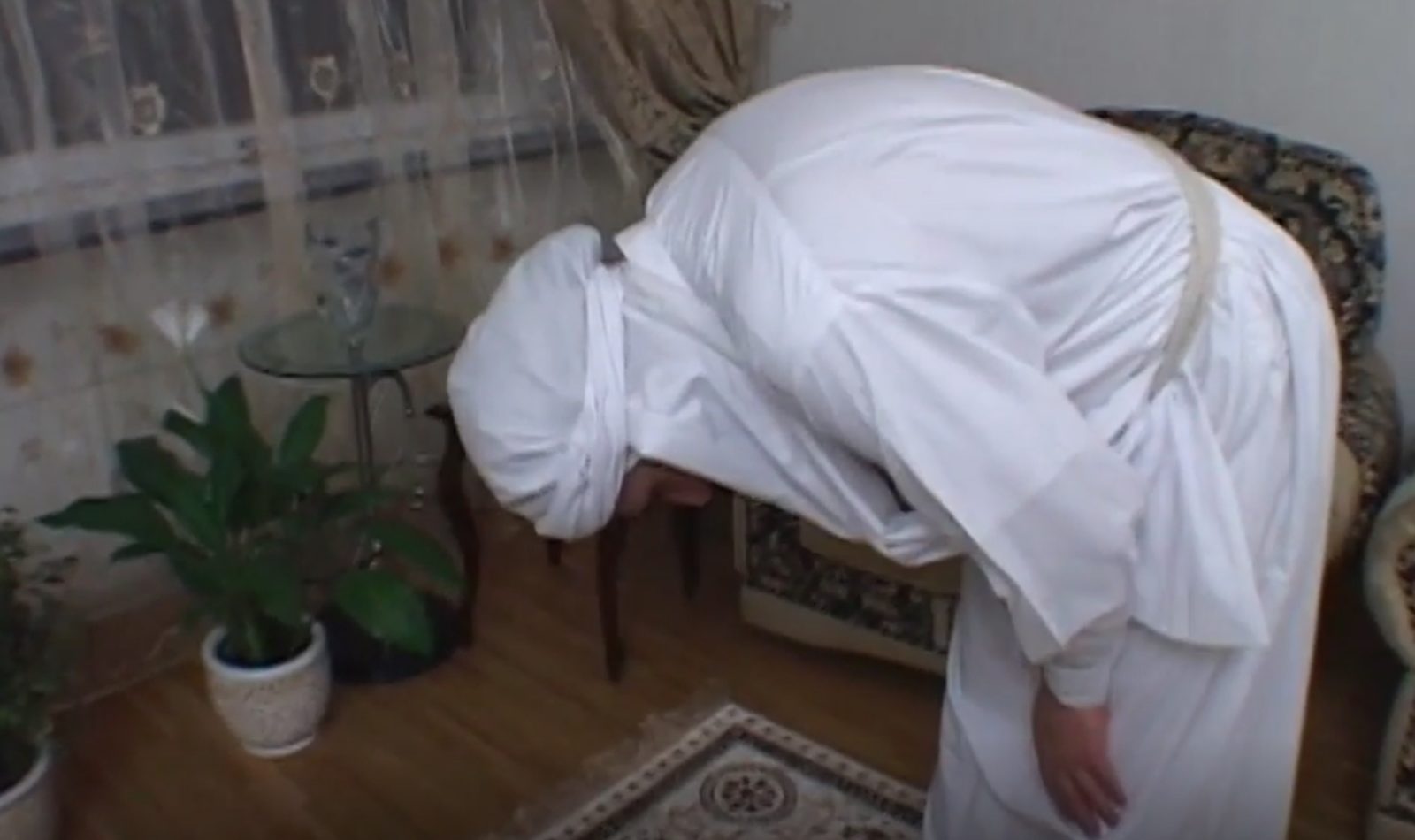 How one small community survives in Sweden.
Subscribe to Stories

BOB ABERNETHY, anchor: Refugee advocates have asked President Bush to use his Middle Eastern trip to promote humanitarian aid for the more than two million Iraqis who have fled their country. They also want Bush to speed up resettlement of refugees here. Last fall the Administration pledged to bring in about 1,000 Iraq refugees a month. But the actual number admitted since then has been going down to just 245 in December.
Meanwhile, other countries have taken in many Iraqis, among them Sweden, where there is now a 9,000-strong community of Iraqi Mandeans, an ancient Middle East religious group that gives special honor to John the Baptist. Fred de Sam Lazaro reports from Stockholm.

FRED DE SAM LAZARO: In the family of monotheistic religions, Mandeanism is a distant cousin of Judaism, Christianity and Islam.

DE SAM LAZARO: The prayers that this priest recites are in an Aramaic tongue that Jesus would have understood. And Christ had one encounter with a man revered as a great teacher by Mandeans — John the Baptist.

Father Salam Ghaiad Gatia (leading service): Blessed are you, the king of light, with your instruction everything was created. When you sent your Angel Gabriel to the world of darkness, Adam and Eve were created.
DE SAM LAZARO: Mandeans share some rituals, symbols and variations of stories found in Jewish and Christian scriptures. Their baptism ceremonies evoke images right out of children’s Bible storybooks, but their belief system sets Mandeans fundamentally apart.

Professor MARTIN LINDGREN (University of Uppsala, Sweden): One of the traits very particular to the Mandeans is what has been called Gnostic, which basically means that they stress the importance of knowledge for salvation. Not blind faith, but knowledge.
Professor Martin Lindgren

DE SAM LAZARO: Martin Lindgren, a Swedish scholar who has studied the Mandean faith, says that knowledge is in texts like the Gazara — much of it sacred, some secret, all hard for anyone outside the fold to interpret.

Prof. LINDGREN: This knowledge is not necessarily verbal or textual, it’s mainly ritual for most Mandeans. It’s being able to perform the correct rituals.

DE SAM LAZARO: The origins of Mandeanism date back more than 2,000 years to Mesopotamia, located primarily in modern-day Iraq. There is some uncertainty about their theological roots.

Prof. LINDGREN: It is very much possible that it is a heretical sect of Judaism. On the other hand they have this very strict hierarchy that doesn’t resemble anything else than it’s a form of a caste system, really, in its strictness and condemnation of impurity, and that makes it more Eastern than Western.
“Purification comes from the hallmark Mandean ritual — elaborate, exacting baptism ceremonies, which occur frequently through life.”

DE SAM LAZARO: Many acts can make one ritually impure in Mandean theology: touching a dead body or intercourse while a woman is menstruating. Purification comes from the hallmark Mandean ritual — elaborate, exacting baptism ceremonies, which occur frequently through life.

Prof. LINDGREN: It’s not just the immersion in water. It’s the prayer and cleansing beforehand, the cleansing of the priest, the cleansing of the baptisees, and also the following ritual of the ritual handshake which signifies truth.
This is classical Mandean pictography. What we see depicted here are angels, or uthras in Mandean, which help the soul through its journey through the purgatories.

DE SAM LAZARO: Mandeans believe that in death the soul begins a heavenward journey that can be arduous
Classical Mandean pictography

Prof. LINDGREN: The journey is made more difficult if you’ve lived a sinful life, and if you’ve committed one of the mortal sins, such as killing another person, you don’t go through the purgatories, you go straight to hell.

DE SAM LAZARO: There’s an absolute ban on killing or bearing arms under any circumstances. It has profoundly shaped Mandean history. They’ve been targets of pogroms and forced conversions dating back to the expansion of Islam into Mesopotamia in the 7th century, continuing up to the advent of Islamic radicalism after the American-led invasion 14 centuries later.
In 2003, Mandeans in Iraq were thought to number around 40,000. Today all but about 5,000 have converted or fled — some 9,000 here in Sweden.

Fr. GHAIAD GATIA (leading service, through translator): Brothers, dear sisters, I always demand from your Mandean spirit that you extend the hand of help to your brothers in Syria, Jordan, Iraq, elsewhere, until this dark cloud passes and God gives them his mercy as he was merciful to us and allowed us to come here where we live in peace.

DE SAM LAZARO: In Sweden they live in peace and enjoy freedom to practice their faith, so rare in Mandean history. Economic prospects are likely brighter for their children, yet many fear a loss of Mandean identity. Parents have a delicate cultural balancing act. This couple asked to remain anonymous to protect relatives still at home in Baghdad.
Some 9,000 Mandeans live here in Sweden.

UNIDENTIFIED MAN (Mandean Refugee, through translator): We would like to propagate our faith to the children, but we live here and would also like to integrate into the society. We will accept some aspects of the culture here and reject others, depending on whether it fits into our culture.

UNIDENTIFIED WOMAN (Mandean Refugee, through translator): We have some reservations as people from the Orient. We cannot accept total freedom — premarital sex, for example.

DE SAM LAZARO: It will be up to the Mandean diaspora to preserve the religion and traditions, traditions adapted to surviving.

Prof. LINDGREN: The Mandeans don’t have a lot of architecture. The classical temple, the “mande” — it’s a mobile temple. It’s quick to erect and easy to pull down and move if you have to. I don’t know if you’ve see the toriana, which is the altar. It’s about this big, made of clay. So it’s a very mobile religion, and they’ve had to be mobile in times of pogroms and persecutions in the past. They don’t have any particular holy site. Wherever there is a fresh river water, flowing river, they can perform their baptisms.
How can we improve our program or Web site?

DE SAM LAZARO: Even that becomes difficult in cold climates. In winter they must make do with tap water or a swimming pool. It’s one more painful compromise for a religion that has strict ritual requirements. But pain and survival are part of Mandean tradition.
(to Fr. Ghaiad Gatia): So the Mandeans will not completely disappear?

An Intersection of Faith

Mandeanism is a distant cousin of Judaism, Christianity and Islam. One small community lives in Sweden.

Religious Minorities at risk in Iraq