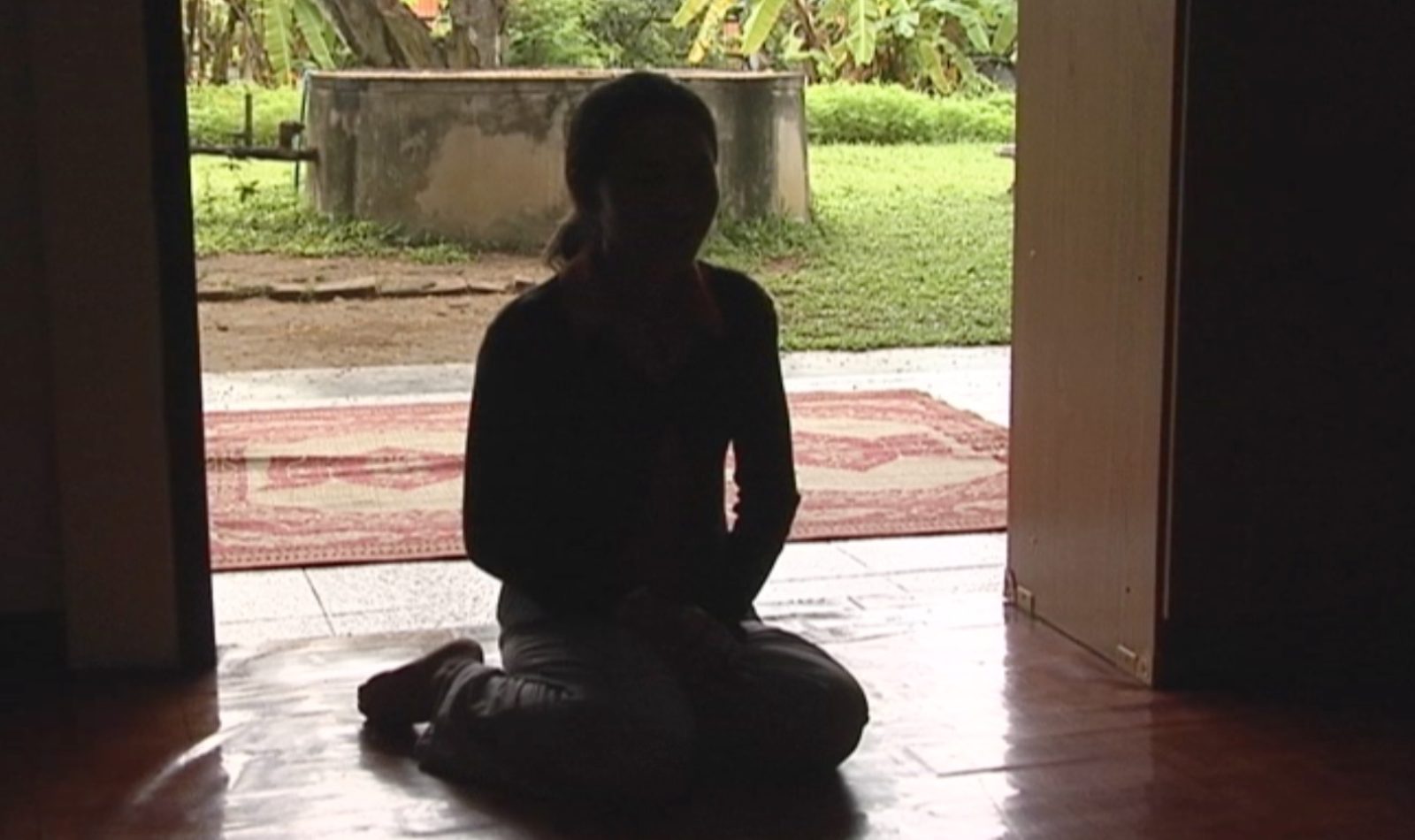 FRED DE SAM LAZARO: This dress rehearsal for a soap opera is full of drama: drug abuse, rape, guns, and prostitution. But for the performers acting out the scenes, this stuff is not necessarily fiction.

These performers reside in a shelter for girls in northern Thailand. Most are at risk for, or actual victims of, human trafficking. The skit is aimed at tribal communities in the surrounding mountains. That message will come in one of six languages spoken by different hill tribes that inhabit the vast region where Burma, China, Laos, and Thailand converge. This shelter was founded in 1987 to serve as a safe haven for tribal girls who’d been exploited. Since then, the New Life Center has housed about 1,500 girls.

KAREN SMITH (Director, New Life Center): The New Life Center was opened by missionaries who were also anthropologists — Paul and Elaine Lewis. They saw countless women coming down out of their villages into the cities and being stuck in exploitative labor, and the needs were so great for education, for training, for knowledge for these tribal women, and they saw such great suffering. They saw women working in fish factories for 18 hours a day, and they saw the women who were getting forced into prostitution.

DE SAM LAZARO: The trouble for hill tribe communities begins with their isolation. Faye Wimon, a member of the Lahu community, works at the New Life Center.

FAYE WIMON (New Life Center): The road is not developed yet. That’s why there’s no school. So many of the hill tribe people — and also they didn’t get put into good schools and also the young people, especially the young women. So they have to stay home. They have to help their parents to take care of their younger brother and sister when their parents work in the field. And also the other problem is about citizenship.

DE SAM LAZARO: In Thailand, which has seen impressive economic growth in recent decades, half of the three million hill tribe people are not recognized as full citizens. That means many cannot buy land, vote, travel freely, or work legally.

Ms. SMITH: The citizenship issue in Thailand is a complicated one. If you are a tribal mother for whom the nearest hospital is five hours away, you are not able to go down to that hospital to give birth, and when a child doesn’t have birth registration, that starts the cycle.

DE SAM LAZARO: That’s what happened to Mali who left her village and by age 13 began working in one of Bangkok’s notorious sex trades.

MALI (Former Victim, through translator): I didn’t know what kind of work it was, but she said it was a good salary, and I didn’t have to work too hard. I went to work in the show bar, and they wouldn’t let me leave. They beat me. It was very hard work. One day the owners forced me to go with a guest. The guests were usually foreigners, and I usually went with two or three guests a night.

DE SAM LAZARO: After five years in prostitution at the bar, Mali was approached by a faith-based anti-trafficking group that offers to help women who work in the sex industry.

MALI: They came like regular customers. They watched my dance show, and when my dance was finished they came up and started talking to me. I told them that I didn’t want to be here, that some people did want to be here, but I didn’t. I felt that it was shameful. Even though I made a lot of money, I thought there were other things I could do.

DE SAM LAZARO: Each day the young women spend time with activities like music lessons and homework. There’s also training in cooking, sewing, and cosmetology, skills that could land them a job when they leave the center.

MALI (through translator): When I was at the New Life Center I studied, I went to school, I learned a lot of things: how to sew, read, and write. I became a different person, and I have a new future.

DE SAM LAZARO: In the evening they’re off to night school, a program set up by the government to teach young adults with little formal education. Along with education and job skills, some 20 to 40 percent of residents here also acquire a new faith, converting to Christianity from traditional tribal religions in which they were raised.

DE SAM LAZARO: But she and the resident chaplain insist the young women reach that decision on their own.

Reverend KIT RIPLEY (Resident Chaplain, New Life Center): Our residents have come from situations where they have experienced — many of them have experienced tremendous coercion and manipulation. So they know what that’s like, and they can put their finger on it pretty quickly. They’re very savvy when someone is trying to manipulate or force them to make a decision or to do anything with their life and often very resistant to that. So I feel like it’s just important be open to where they are spiritually, and a lot of that is waiting until they ask questions. I pray for residents at home and pray for their healing and their growth, and at that point I believe it’s up to God to work in their lives throughout their spiritual development.

DE SAM LAZARO: Spiritual development, sexual abuse counseling, education and job training are all part of the healing process, but so is legal advocacy. The center employs a full-time staff member to work on obtaining citizenship for the girls. That process takes between two and 10 years.

MALI (through translator): I’ve had lots of job offers, people asking me to work in different places, but I don’t have citizenship, so I can’t work anywhere legally.

Ms. SMITH: The situation if very, very complicated. In fact, right now in Thailand the Thai government has 23 different levels of status for its ethnic minorities.

DE SAM LAZARO: One major complication is the widely disparate economic and human rights conditions between Thailand and less prosperous neighbors like Burma and Laos. It prompts tribes’ people from those nations to travel across the mountain borders into Thailand. Long term, things could get even more complicated in the larger region.

Ms. SMITH: Just recently, new roads were opened between China, Laos, and Thailand, and they are huge eight-lane highways, and we know that whenever new roads are built that opens up an opportunity for business and the exchange of goods, but it also opens up the opportunity for the exchange of humans, and so I think there are still lots of risks for ethnic minorities.

DE SAM LAZARO: But for a hundred or so of these vulnerable young women, the New Life Center will continue to be a refuge.