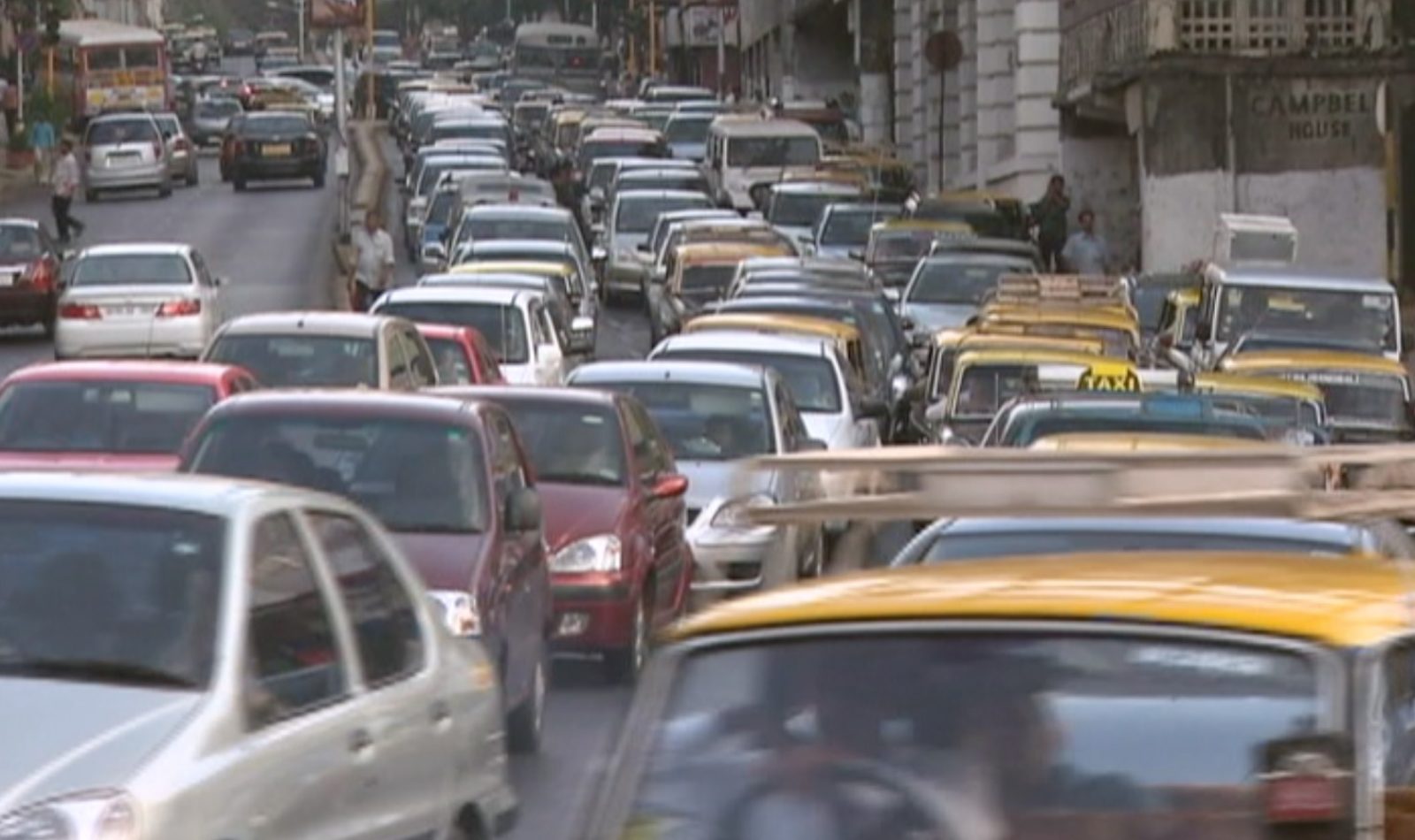 FRED DE SAM LAZARO, NewsHour correspondent: Last January, India’s Tata motor company unveiled a landmark car that it planned to begin selling by the end of this year. At the equivalent of US$2,500, the Nano is India’s Model T, a car for the masses, says automotive journalist Murad Ali Baig.

So, therefore, the Nano will have several roles. It will be the car for a large number of low-income families. And it will be an auxiliary car for some of the richer families who would be happy to have a low-cost small car to go nipping around for chores.

PRAHALAD KAKAR, film director: What does a car epitomize? Get in, switch on, and you’re free to go wherever you want.

FRED DE SAM LAZARO: Prahalad Kakar, a director of films and commercials, says India’s heavily nationalized and regulated economy used to give consumers only two antiquated car models to choose from, and those were in very short supply. They’re still in use, mostly as taxis. Kakar says scarcity helped glamorize the car.

PRAHALAD KAKAR: The car was this dream. So when you went to an astrologer, and you showed your son’s hand to him, and he read the hand, he said, “Oh” — the first two things he’d turn around and say was, “This boy is going to be very successful because he’s going to have a car and he’s going to have a bungalow.” And everybody said, “Ah.”

FRED DE SAM LAZARO: But then in the late ’90s, the Indian government gave tax breaks to car companies and to the middle class, which had long faced income taxes as high as 90 percent. Banks followed with easy financing.

Years of pent-up demand have led to one of the world’s fastest-growing car markets. All major global auto companies have their eye on India, says Mike Boneham, who heads Ford’s expanding presence here.

Importantly, the demographic is extremely young. It’s the youngest — it’s certainly younger than China. We see huge opportunities for our product line-up matching up with the demographic of the India population.

FRED DE SAM LAZARO: The government in Delhi and at the state level has tried to spread new industry beyond urban areas to develop the impoverished rural economy, sometimes controversially.

In the state of West Bengal, land was acquired by eminent domain to lure Tata’s Nano plant, which will include several supplier factories. Some displaced farmers were unhappy.

FARMER (through translator): Don’t need money. It’s transitory. Land is what we want, our own land, ancestral land.

FRED DE SAM LAZARO: In 2007, 16 people died in riots by farmers and their allies in opposition political parties. As tension persisted, Tata announced in October that it would transplant the complex to the western state of Gujarat.

Despite some protests, despite the recent economic slowdown, analysts still think the car industry is poised for big growth in India, even in rural areas.

SALESMAN (through translator): You can get this package with A.C. and power steering.

FRED DE SAM LAZARO: Dealerships for Suzuki, known in India as Maruti, hold regular marketing events in small towns to introduce or tempt new buyers. There are easy financing terms to anyone who owns land, a tractor, or even a two-wheeler.

S. KRISHNAN, car salesman: Disposable incomes are rising day by day because earlier they were dependent only on one crop. Today, they are, you know, they are multitasking. They have got two or three crops running. And also, within the family, they have at least a couple of people, you know, who are also working somewhere.

FRED DE SAM LAZARO: Farmer Sripal Nagar is considering a new car for his family. He’ll rely on younger members who he says can drive. He plans to learn.

Do you have a license?

FARMER (through translator): What, for driving? No, but we’ll have to get one.

FRED DE SAM LAZARO: I would think that you’d have a problem that’s pretty basic to selling cars. Number one, there aren’t many roads. And, number two, there aren’t many drivers with licenses in the rural areas. That doesn’t seem to be a hurdle for you.

S. KRISHNAN: No, that is why we started to, you know, build up, you know, our own Maruti driving schools.

FRED DE SAM LAZARO: Despite starting up new driving schools, traffic problems are expected to get much worse before improving. The number of cars, though small by Western standards, is expected to double by 2016.

MURAD ALI BAIG: We may be going into the cars of the 21st century, but our roads are still in the age of the bullock cart. The roads and road management, the highways still have no traffic management to speak of. Our roads were built for towns which were designed, for the most part, 50 or 100 years ago.

SUNITA NARAIN, Environmental Activist: You keep adding 1,000 vehicles a day as we do in Delhi, all the roads we make are not going to be enough. Congestion is increasing. Pollution is increasing. The cars are being sold, and therefore policies are being fixed to make sure that cars get sold.

But there is no overall constituency for public transport. There’s a global mindset which believes that cars are part of the manufacturing success story of any country.

There’s also a global mindset, which believes that cars are a sign of progress, and that’s the message we derive from countries like the United States.

CHHAVI DHINGRA, Transportation Analyst: Projections would say that, you know, there’s going to be 45 percent of the total world oil is going to be used by India and China, say, in the next — up to, say, 2025.

FRED DE SAM LAZARO: But among consumers, journalist Baig says climate change is not a consideration.

MURAD ALI BAIG: America, Europe, Japan have had millions of cars for dozens of years. Now it’s our turn, it would be a typical attitude.

It’s our turn to have a good time. All of you guys have had — been blowing carbon. Now we’re going to be using cleaner, smaller cars, and so why shouldn’t we have the benefits of four-wheel motorization?

MIKE BONEHAM: I travel the roads every day. And the thing that hits home to me very, very strongly is when I see a family of five sitting on a motorbike with maybe one person wearing a helmet in very, very significant traffic situations, I don’t feel I’ve got the right to say to them, “Sorry. Because of these concerns we have, you haven’t got the right to get into a much safer mode of transport, in a four-wheeler, relative to what you’re moving your family around from one place to another at this stage.”

FRED DE SAM LAZARO: Environmental activists think the solution is safer mass transit, but they’ve had only limited success. India’s capital has a fledgling metro system and new bus-only traffic lanes, but the car is still in high demand. And at least one other ultra-cheap model has been announced to compete with Tata’s Nano.

With a population of more than 1 billion, India has one of the world’s greatest demands for automobiles. Fred de Sam Lazaro reports on the growing accessibility to low-cost cars that also leads to more congested roads and carbon emissions.