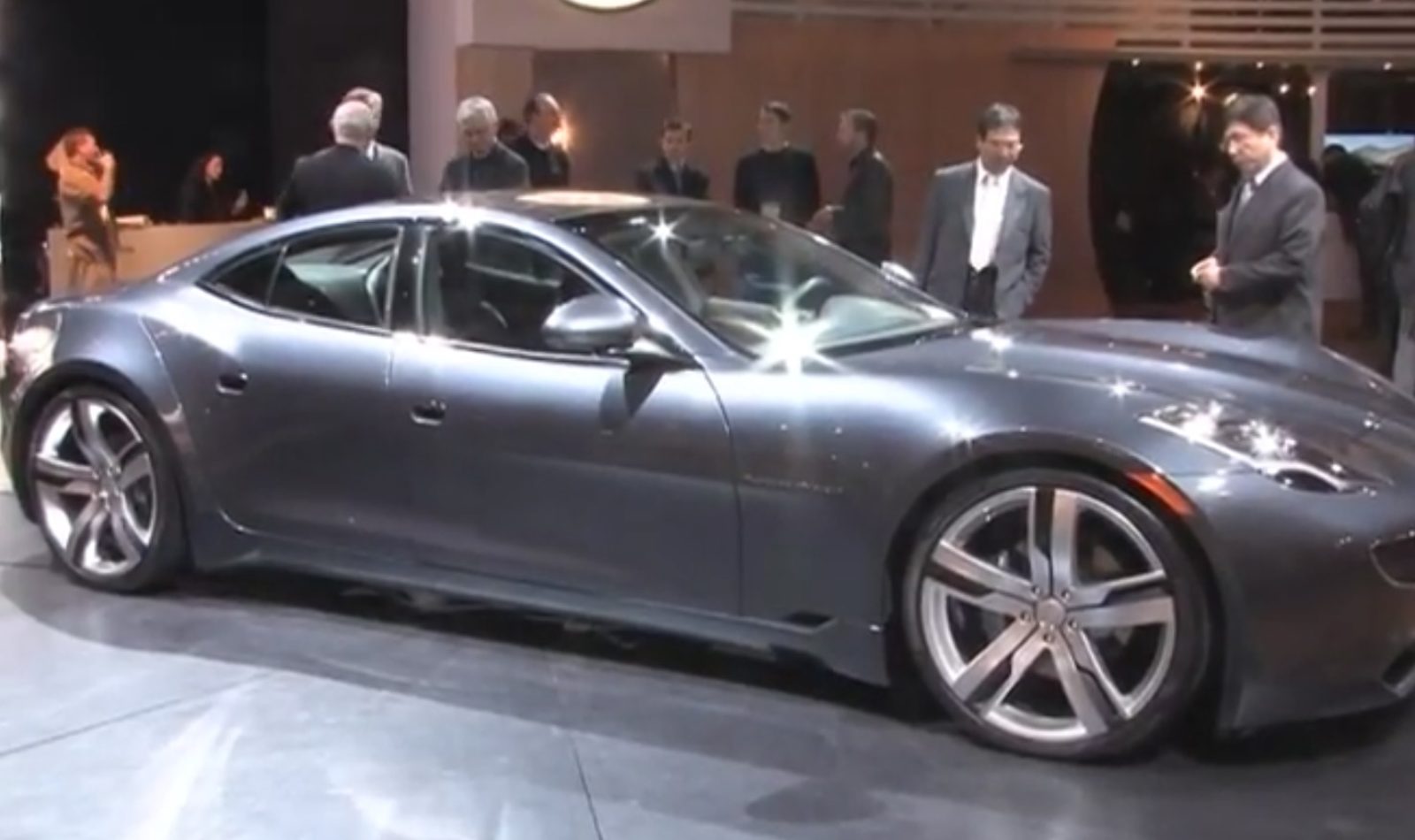 FRED DE SAM LAZARO, NewsHour correspondent: After a week of expert reviews and previews, the doors of the Detroit auto show opened this weekend to the real target of the glitzy displays and marketing gimmicks: the car-buying public.

Kevin Smith braved snow and sub-zero temperatures to be here.

Are you in the market for an automobile?

FRED DE SAM LAZARO: But this 20-year General Motors veteran is looking for something much more basic than a new car.

KEVIN SMITH: Like a lot of folks right now, I am unemployed looking for my next great opportunity, which hopefully will be back in the auto industry.

FRED DE SAM LAZARO: The industry isn’t likely to start hiring back soon. Unemployment in this city is nearly 11 percent, and far fewer people are buying cars. In fact, some prominent brands — Nissan, Infinity and Suzuki — are not even represented here.

But this is the hometown of the big three, and there’s no shortage of loyal customers. Even though Japanese name brands stole headlines with new models, physician Jeff Klein and his wife, Sue, shopping for a small car, will not consider them.

Would you ever consider brands like Honda or Toyota?

CAR SHOW ATTENDEE: We see the struggles of the industry around us. We want to help it any way we can.

TOM OVERBAUGH: I don’t know if I’d consider it American, but I would consider the car, yes, the car manufacturer.

FRED DE SAM LAZARO: Does the badge mean something to you?

TOM OVERBAUGH: Well, yes, Ford definitely means something to me.

FRED DE SAM LAZARO: But that patriotic consumerism goes only so far. Both Tom Overbaugh and Gary Fowler are firmly opposed to federal aid to automakers, even if it means that some iconic names would disappear.

Can you imagine a world in America without General Motors?

TOM OVERBAUGH: I am, yes, because, like I said, basically we’ve got the big three. And if one of them failed or went out of business, as I said, there would be a lot of people that would hurt for whatever length of time, but after that I think the other two that are left are going to pick up the slack.

I believe in capitalism. And I think it would take care of itself.

CAR SHOW ATTENDEE: I don’t think it would happen. I think…

Industry tries to reinvent itself

FRED DE SAM LAZARO: Car companies are already feeling pressure to reinvent themselves, even before the federal bailout. The University of Michigan’s Bruce Belzowski says government told them they had to raise fuel efficiency an average of 40 percent by 2020. That spurred some new models.

BRUCE BELZOWSKI, University of Michigan: You’re seeing a lot of smaller ones, the introduction of more hybrids into the fleet, as well as pure electrics. So there’s a lot of different ways that the manufacturers are approaching consumers, as well as, by extension, their new stakeholders, the U.S. government.

FRED DE SAM LAZARO: G.M.’s plug-in Chevrolet Volt is considered a critical model in the company’s survival plan that will cost around $40,000 when it becomes available in two years. How much consumers are willing to pay for new technology is a key question.

CAR SHOW ATTENDEE: That car is definitely the future. There’s no doubt about it. If I had the money, I’d buy it.

FRED DE SAM LAZARO: That’s a huge if, if consumers have the money, and how much extra they’ll be willing to pay for fuel-efficient, eco-friendly cars.

PAULA PICKLE: Probably not a whole lot, a couple thousand bucks maybe, if I was going to get a long-term benefit out of gas.

FRED DE SAM LAZARO: So you would be willing to pay an extra couple of thousand dollars if it would save you more than that down the road?

MICHELE KREBS, automotive writer: If environmentalism is easy, people will do it, or it affects their pocketbook.

MICHELE KREBS: I mean, there clearly are people who are doing it for the environmental consciousness of it, the image of it. But I would say most people are doing it based on what’s good for their wallet.

FRED DE SAM LAZARO: She says automakers face a daunting challenge, coaxing consumers into cars they’re not familiar with or sold on and, for as long as this recession continues, won’t be able to afford.

But auto shows are for fun, and it wasn’t hard to coax Kevin Smith to forget the troubled job market, to dream of future possibilities, and to relive the glory days and songs past.

At the annual Detroit auto show, car enthusiasts were not letting the frigid weather or drab economic climate deter them. Fred de Sam Lazaro gives an update from Detroit on the state of the auto industry and its efforts to pull itself out of the slump.