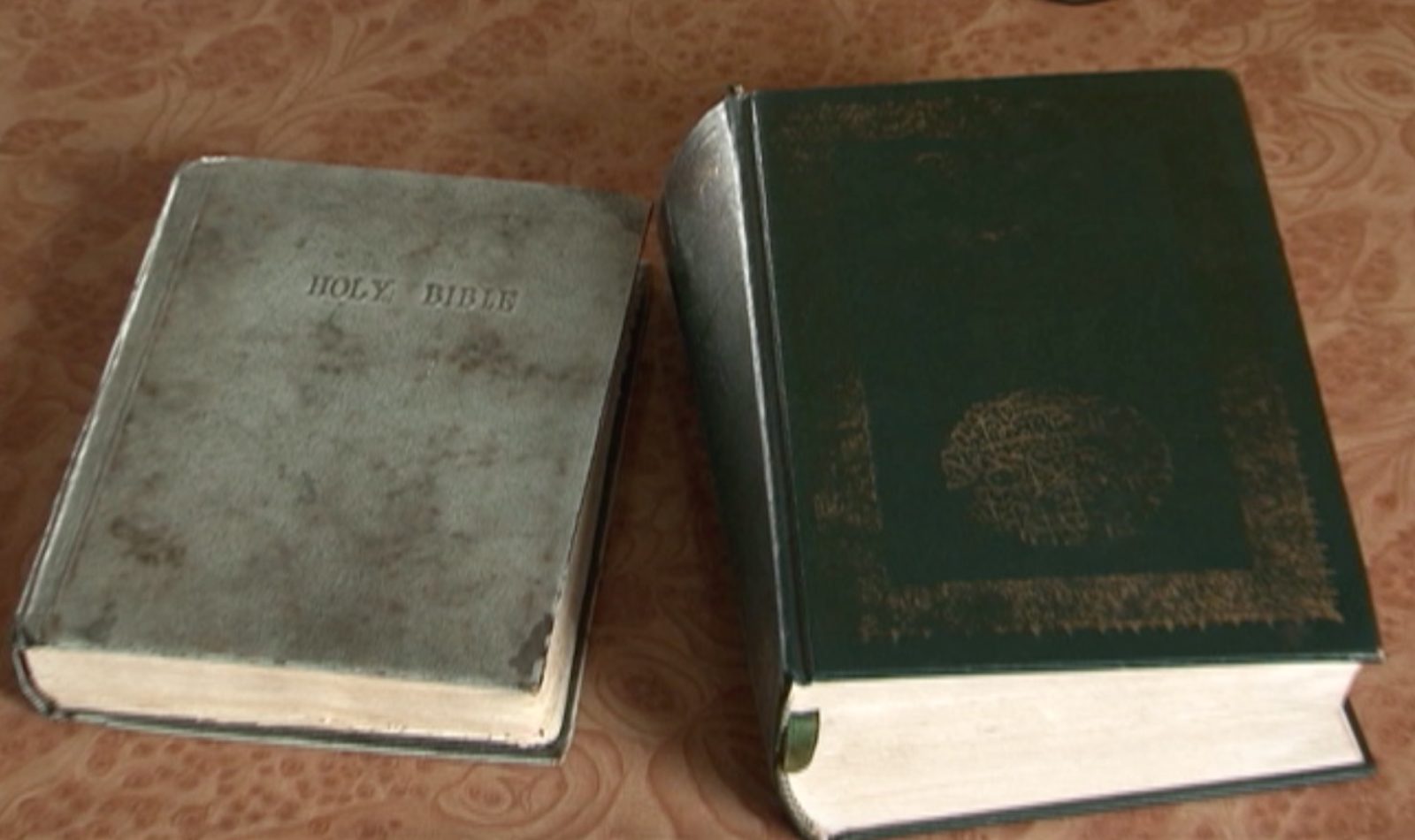 The practice of “Chrislam,” a unique blend of Christianity and Islam
Play Story
Subscribe to Stories

FRED DE SAM LAZARO, NewsHour Correspondent: This is one of hundreds of small churches in Lagos, but perhaps the only one that has on its lectern both Koran and Bible. The invocations come loudly from both.

It’s all the more unusual in a country often torn by religious conflict. Half of Nigeria’s 140 million people are Muslim; the other half practice some form of Christianity.

Sectarian violence has led to thousands of deaths over the years. Last November, such conflict in the city of Jos, often based on land disputes, claimed more than 300 lives.

But practitioners of so-called Chrislam, 1,500 on some Sundays, see no religious fault line.

Shamsuddin Saka — he’s called Prophet — says they are all children of Abraham.

PASTOR SAKA (through translator): Abraham has many children. Abraham is the father of Christianity and the father of Islam. Why are the Christian and Muslim fighting?

FRED DE SAM LAZARO: Saka was born Muslim, and it was after returning from a hajj pilgrimage to Mecca that he was inspired — he says instructed by God — to launch his new ministry.

PASTOR SAKA (through translator): That was about 19 years ago. Then there were a lot of people killing themselves in Nigeria 19 years ago. So I was praying, and I lied down, and the lord told me, “When you get to your country, make peace between the Christians and Muslims.”

FRED DE SAM LAZARO: He’s done that most noticeably in this dusty Lagos neighborhood, bringing the fates together in a blended liturgy.

It begins each Sunday morning with Koranic prayers in an open floor space that, like a mosque, has no pews. These then give way to prayer with the congregation seated in chairs, well, sometimes seated.

It gets intense, almost trance-like, similar to a Pentecostal Christian service, and climaxes with a sermon from Saka.

On this day, he hit repeatedly on themes of prayerfulness and the commonality between Islam and Christianity.

PASTOR SAKA: Is that how we bring Christian and Muslim together?

Picking from each tradition

FRED DE SAM LAZARO: Islam was brought to West Africa by Arab traders 10 centuries ago, Christianity by European colonization starting in the 15th century. And although it’s unusual to see it under the same roof, it’s not uncommon for ordinary people, even professed Muslims, to pick and choose from each tradition, says Mara Leichtman, an anthropologist at Michigan State University.

DR. MARA LEICHTMAN, Assistant Professor, Department of Anthropology, Michigan State University: They believe, in some cases in various African counties of what I’ve call spirituality without boundaries. So it’s nothing foreign to a Muslim to believe in Jesus, to pray in Jesus, or some of the other prophets, to light a candle for the Virgin Mary, for example, as I’ve experienced Muslims do in churches in Senegal.

FRED DE SAM LAZARO: And, she says, in a land where spirituality is a dominant force, economic hardships may also push people to try new ideas. Nigeria has vast oil wealth, but it’s only benefited a few. Per capita income is just $850 a year, for example, life expectancy about 45 years.

DR. MARA LEICHTMAN: If they’re poor, if they’re suffering from HIV-AIDS, if they’re trying to understand a changing political situation, finding a new religion is one way of coping with the situation, of looking for new leadership, of trying to have control on their own through prayer, through different rituals of something that may not necessarily be controllable.

FRED DE SAM LAZARO: Many who come to Chrislam are praying for what Saka calls deliverance, from illness, for example. Cawakalit Adecunji, who was born Muslim, came to Chrislam 15 years ago when she couldn’t have children.

FRED DE SAM LAZARO: At the service, there are petitions for miracles of health and wealth, not unusual in some churches, but Saka insists it’s compatible with Islam, too.

PASTOR SAKA (through translator): Islam is a religion of peace, of love, of miracles. When you’re talking about miracles, Islam is a miracle itself. The founding of the Koran itself is a miracle.

FRED DE SAM LAZARO: And every week, people testify to what they claim are miracles: a child conceived or a business deal. Saka himself drives a late-model Hummer, the gift of two followers whose prayers were answered, he says.

PASTOR SAKA (through translator): Listen to me, I’m a millionaire before my call. You know we don’t collect much money. We collect 50 naira, 10 naira, 20 naira. This is not my own source of income.

FRED DE SAM LAZARO: The shiny SUV may raise eyebrows, but Saka insists he doesn’t benefit personally from the tithes of his congregants. His fortune came long before his call to ministry, he says, from a real estate business.

Are you Christian or Muslim now?

SAMSON ANTIMOLA: Whatever you call me, I am.

Fred de Sam Lazaro reports on the blending of Christianity and Islam in Lagos, Nigeria, as an avenue to rediscovering the West African tradition of interfaith tolerance.