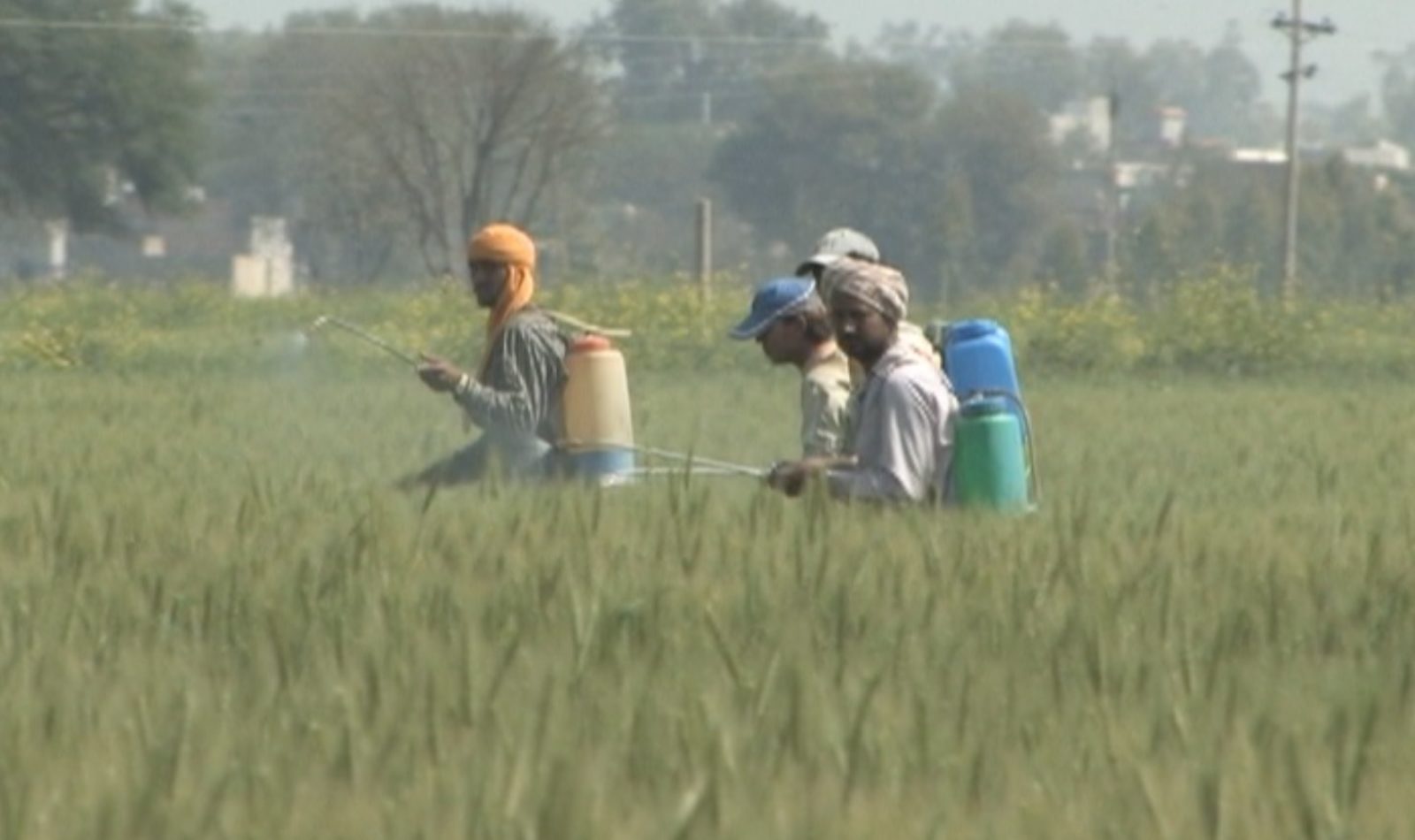 FRED DE SAM LAZARO: By the middle of this century, India will overtake China to become the world’s most populous nation. The question is, where will the food come from for 1.5 billion people? Already half the kids under age 4 in the country are malnourished.

Seventy percent of India’s people are rural. They barely scrape by off tiny plots of land. Every year, tens of millions of them are driven by poverty into overcrowded cities in search of work. That means fewer and fewer food producers and more mouths to feed. At the same time, environmental degradation threatens the prosperous breadbasket region of Punjab.

Amitabha Sadanghi thinks one solution to the food crisis is to make small subsistence farmers more productive. He goes to villages like this one in the impoverished northern state of Uttar Pradesh and gets everyone’s attention by inviting them to the movies.

These actually are very long commercials for products sold by his nonprofit enterprise, but they have all the movie staples, he says.

FRED DE SAM LAZARO: And at the end of the story, in true Bollywood style, everyone lives happily ever after, thanks either to the KB treadle pump or the KB drip irrigation system. More than a million farmers already have brought these products.

They are simple devices that provide farmers who now grow one rain-dependent crop each year the water to grow additional crops during the dry season. And there are other advantages, as well, according to Sadanghi, a social entrepreneur who believes there are market solutions to poverty.

AMITABHA SADANGHI (through translator): They go out of the village and take anything, rickshaw-pulling, roadwork. But after getting a treadle pump, they stay in the village in the house. They have two extra crops. They have an extra $500 a year they didn’t have before. And another thing: When children go to the cities, they don’t go to school. Here at least they do attend school.

India, soon to be the largest nation on earth, is facing a crisis in providing enough food for its people without destroying their environment.