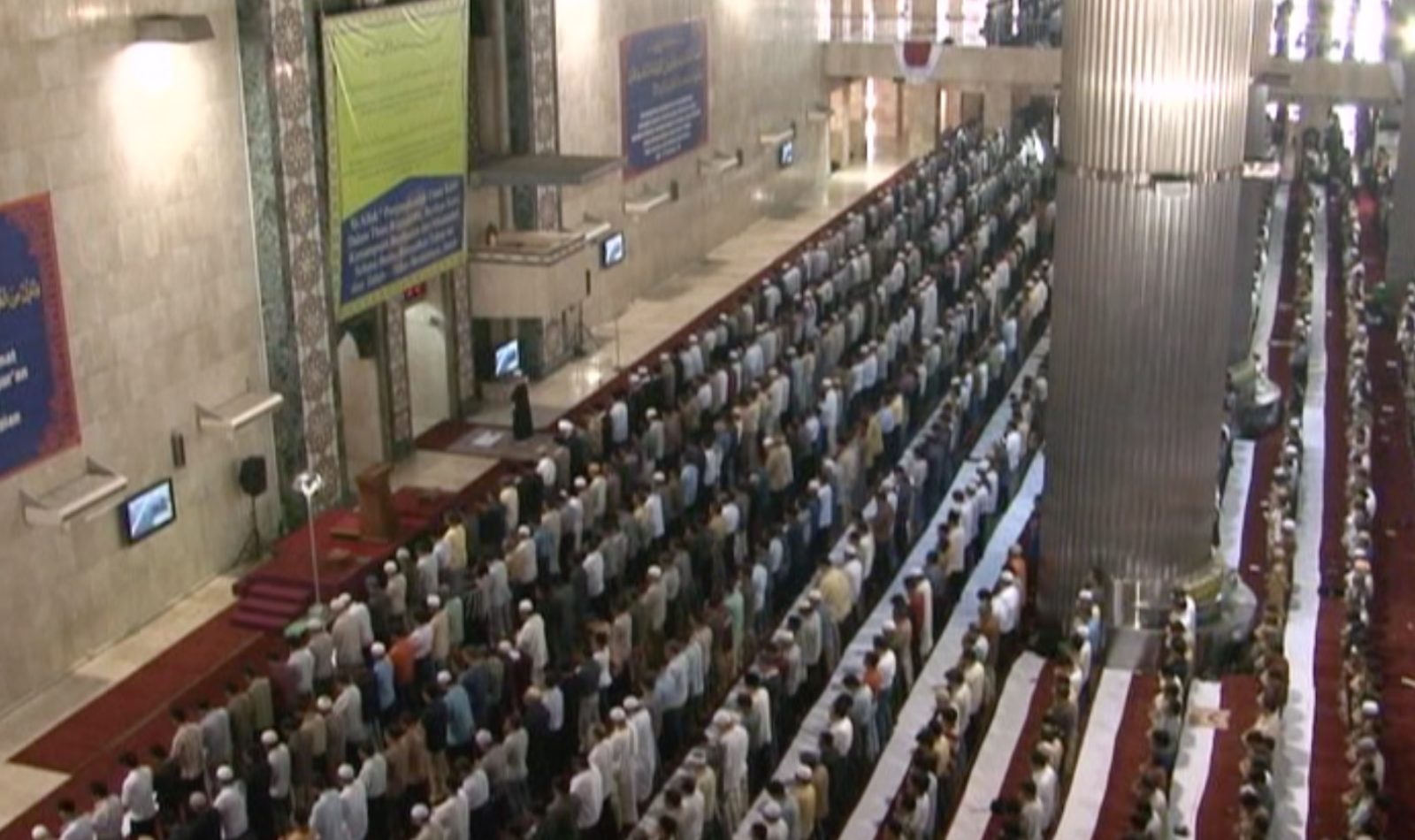 FRED DE SAM LAZARO: Islam is making a comeback in Indonesia. At the Istiqlal Mosque in Jakarta recently, about 10,000 worshipers gathered for Friday noon prayer. At this crowded shopping center, the most popular garment seems to be the head scarf, something few Indonesian women wore just a few years ago.

INNE BURNAMASARI (through translator): I feel ashamed, because I should have been wearing it since I was young, but at least I am wearing it now.

FRED DE SAM LAZARO: Indonesia has the world’s largest Muslim population, around 200 million. But the country has been quite secular since independence from the Dutch in 1945, says historian Dewi Fortuna Anwar.

DEWI FORTUNA ANWAR, historian (through translator): Islam and the traditional, customary laws were regarded as being backward and primarily blamed for, you know, the defeat of many Muslim countries under European rule, so that many of the earlier nationalist leaders, many of the educated elite, in fact, turned their back on religion.

FRED DE SAM LAZARO: Anwar says when the dictator Suharto came to power in the mid-1960s, he enforced a rigid separation of religion and state.

But, in the ’80s, alongside a booming free market economy, religious practice became more popular. And, in 1998, when a teetering economy forced Suharto to resign, democratic reform and religion both began to flourish.

DEWI FORTUNA ANWAR (through translator): Among the younger generation, there seems to be a greater willingness both to be openly religious and to be modern and educated at the same time. I think maybe there is not just a search for a greater spiritual anchor, but, also, I think it’s greater self-confidence.

FRED DE SAM LAZARO: But she and others say this religious revival is not fundamentalist, nor militant, notwithstanding a spate of terrorist bombings in recent years.

Police recently raided a home 300 miles from the capital, Jakarta, and killed a key al-Qaida-backed mastermind of several of the attacks, which have killed more than 240 people since 2002.

Ulil Abdalla, who is with a liberal young Islamic scholars group, says anti-Western extremism exists here, but it’s not widespread.

ULIL ABDALLA: For some people, Islam as practiced in this country is corrupted. Movies, and food, and, you know, lifestyle and so forth is — it’s pretty much influenced by the American cultures.

So, when radical Islamic ideologies was introduced by some activists to Indonesia, it appealed to young people, but that’s — you know, the appeal is limited to a fringe.

FRED DE SAM LAZARO: In fact, a recent Pew poll in predominantly Muslim countries shows support in Indonesia for al-Qaida leader Osama bin Laden has fallen 34 points, to 25 percent in recent years. Support for suicide bombings dropped by a half, to 13 percent.

Anies Baswedan, an expert on Islam and politics, says the sympathy one heard after earlier bomb blasts largely disappeared after the last U.S. presidential election.

But, today, people are saying, why are you doing this? Because the — Obama is there, the tone of the relationship has changed.

DEWI FORTUNA ANWAR: In Indonesia before 2003, the United States had an over 70 percent approval rating in Indonesia. After Iraq, after the invasion, it went down to about 23 percent.

The whole — you know, the whole story of Obama, I think, just somehow washed away, you know, the dark days of Bush, his history, the fact that he grew up for four years in Indonesia, and then his own campaign promises of looking towards a more cooperative international order, in which United States will be bound by international law and so on, you know, like music to most people’s ears.

FRED DE SAM LAZARO: Terrorist incidents aside, Indonesia is enjoying a period of stability rarely seen in its independent history. Indonesians are free to choose their government, and they are free to pursue religion.

And they’ve made it clear in elections that they want to pursue each separately — that is, to keep religion out of government.

In elections earlier this year, the secular incumbent, Susilo Bambang Yudhoyono, won easily. Islamist parties, which enjoyed a surge in the 2004 election, dropped 10 points, to less than 30 percent of the vote.

And, in the province of Aceh, newly elected leaders have vowed to reverse strict laws governing behavior that conservatives passed in their last days in office.

Analysts we spoke to say Indonesians, especially the 14 percent who survive on less than a dollar a day, are more concerned with food prices, the economy, and corruption among public officials. That’s true even among those who like the idea of stricter Islamic law, often referred to as Sharia.

MARTA, (through translator): From what I understand about Islamic states, the people live in prosperity, and the law is enforced very strictly. Those who steal, those who are corrupt, they cut off their hand, rather than here, where people who can bribe judges and police get away with things.

FRED DE SAM LAZARO: But Marta, who, like many people here, uses just one name, voted for the incumbent president, as did his neighbor, Samsuddin. He praises programs put in place to help the poor.

SAMSUDDIN (through translator): Number one is cash for poor families, and the second is cheap rice. We get $10 a month in cash and 15 kilos of rice. We are a Muslim family, but we are not that strict. I voted for the party that is already helping people. It doesn’t matter whether it’s Islamic or not.

FRED DE SAM LAZARO: That kind of sentiment has moved many Islamist parties to the center.

ANIES BASWEDAN: People understand now, campaigning, that we are Muslims, we are an Islamic party, this is a Sharia platform does not sell.

FRED DE SAM LAZARO: Fahri Hamzah is a member of parliament with the most successful Islamist party, called Prosperity and Justice, which joined the ruling coalition government.

Although it once campaigned for Islamic law and more conservative women’s attire, Hamzah says they are happy to govern by consensus in a liberal democratic framework.

FAHRI HAMZAH: We are an Islamic party, but what we talk about Islam is Islam as the universal values, because we believe every religion, you know, inspired by God.

FRED DE SAM LAZARO: That kind of pragmatism may be rooted in this diverse country with significant Hindu, Buddhist and indigenous religions that predate the now dominant Islam.

DEWI FORTUNA ANWAR: Indonesia is composed of islands, over 17,000 islands and over 700 different ethnic groups, with different languages, different cultural traditions. And to be accepted, a new belief, a new religion would have to adapt to local circumstances from the beginning.

FRED DE SAM LAZARO: One sign of that adaptation could be women’s fashion. The idea of a plainly dressed, covered woman is alien here, says saleswoman Rosa Lestari.

ROSA LESTARI, (through translator): It will look strange if an Indonesian woman wore that kind of plain clothes, especially nowadays. They probably think you are a terrorist’s wife.

YUDI TOZA, (through translator): We believe in Indonesia that Islam is more modern, more moderate.

Despite a resurgence of Islam in the predominately Muslim country, Indonesia has remained politically secular.