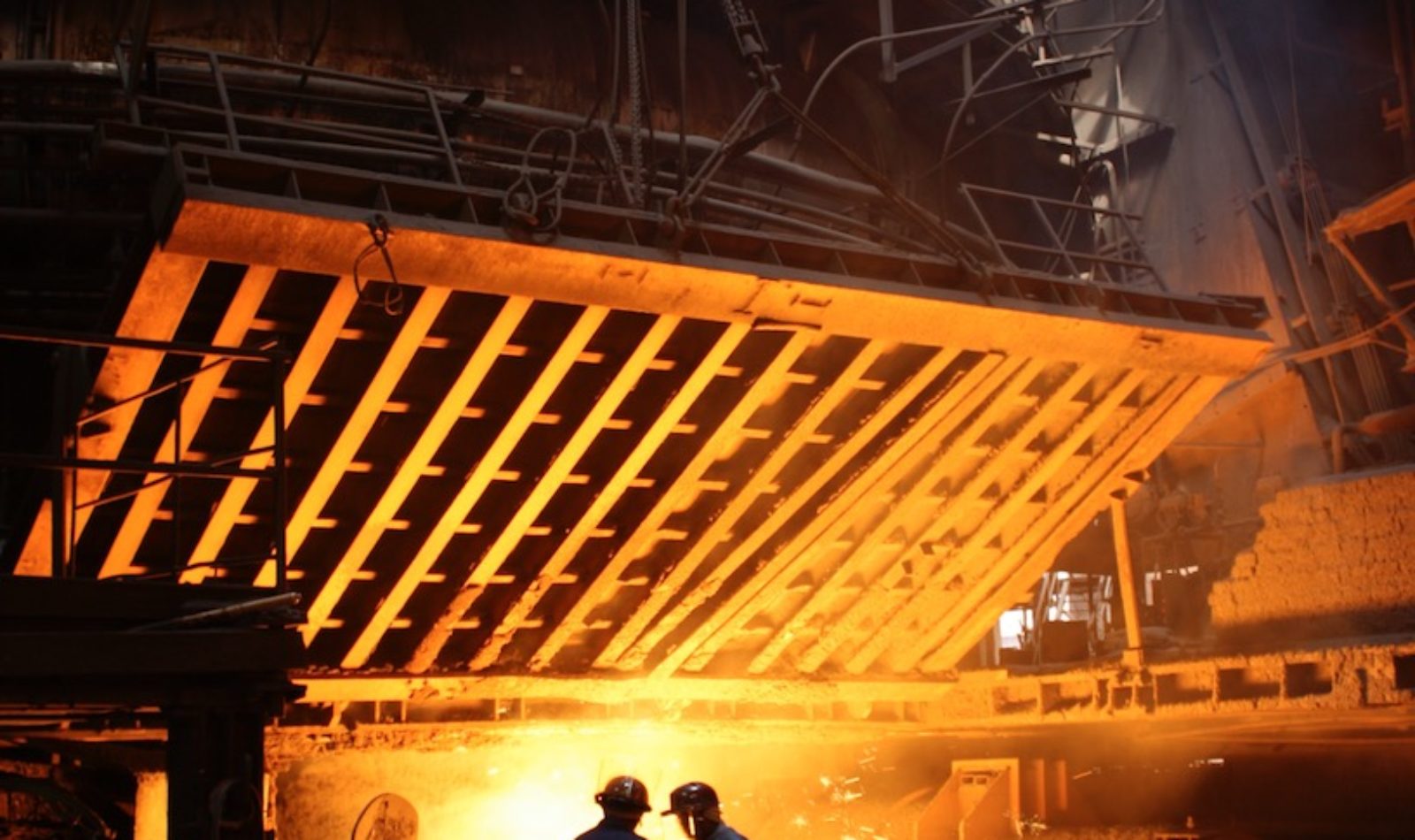 FRED DE SAM LAZARO: The Taj Hotel is almost fully back in business a year after the deadly siege that killed more than 150, including 22 foreigners, here and in other locations across Mumbai. The hotel is full most days even as workers complete the restoration.

The Taj has long been a symbol of Indian business ambitions, dating back to British colonial days. This hotel was built in the early 1900s to accommodate Indian businessmen, who were often excluded from British-run establishments during the colonial days. Today, the Taj Hotel is a part of a larger global Tata conglomerate that now owns some of the most iconic of British brand names, Jaguar, Land Rover, and perhaps England’s best-known tea company, Tetley’s.

Tata is a global $70 billion-a–year company, but it’s also a barometer of a booming economy at home that’s drawing record amounts of foreign investment. Another measure, Mumbai’s stock market, is up more than 80 percent in the past 12 months.

HEMANT NERURKAR, CEO, Tata Steel: The steel demand growth is connected with growth in the GDP. And both are on the positive side in our country.

FRED DE SAM LAZARO: That demand comes up from stepped-up government spending on roads and bridges, also for housing and cars.

HEMANT NERURKAR: We have increased this year our production over last year by almost 22 to 25 percent. Our core strengths are in two sectors. One is automotive and the other is construction. The automotive industry this year has grown over 12 percent.

It’s all a far cry from the decades after independence in 1947. India had a tightly regulated socialist economy. Markets were opened in the early ’90s, but the pace of economic liberalization has been slowed by the give-and-take of India’s chaotic democracy, a sharp contrast to China. That might well have been a blessing, insulating India when the global recession hit a year ago, says Vikas Bajaj, a Bombay-based reporter for The New York Times.

VIKAS BAJAJ, “The New York Times”: India was known as the country where it didn’t have much of an export industry, which actually turns out to be a great thing, because now you’re not dependent on the American and European markets. India didn’t have a very well–developed financial system. People said that was bad. That was putting a check on Indian growth.

And that’s probably in part very true, but it also kept Indian banks and financial institutions away from a lot of the toxic stuff that was brewing in New York and London.

As you well know, a lot of countries haven’t been so lucky.
FRED DE SAM LAZARO: He says even sectors closely tied to the U.S., economy outsourced back-office operations and information technology, for example, slowed, but did not nosedive.

And global companies have, for some years, been expanding their presence here. Makers of cars, colas, and computers are attracted by the growing domestic market of at least 300 million middle-class consumers. Many high-skilled workers who typically went abroad are now staying home. Some are even returning.

Computer engineers Semeer and Ballavi Rai came back from Texas, where they had worked for several years. Both now work for IBM in Delhi.

BALLAVI RAI, Engineer: I think nothing better than the job opportunities will be in the country. And you have your family, your relatives and everything else in the country. So, you definitely want to settle out here, if you have everything, along with the job prospects that you really need for your future growth.

FRED DE SAM LAZARO: You basically followed the global economy to where it was growing.

FRED DE SAM LAZARO: The Rais share a new high-rise apartment with her mother, in India’s joint family tradition. They have a 4-year-old son, Arian, whose upbringing, they say, is much more privileged than their own.

BALLAVI RAI: I remember asking for a toy. It used to be limited. You know, clothes used to be — you used to get when there was the festivals. Now it’s like, every weekend, he gets a toy. And the quality of health that he has, the quality of life he will have is all secured for him, because we’re doing enough for him to save money for him in the future for his education, for his marriage, or for his health, everything.

BALLAVI RAI: Right. I think everything that is there in the developed countries and now they’re level in India. I know for sure. And we can afford to buy them, so…

FRED DE SAM LAZARO: Middle-class Indians have a strong 30 percent personal savings rate and consumer appetites. So, even though economic activity has slowed, it’s nowhere near the negative growth in America and Europe, says Shankar Acharya. He’s an economist with a Delhi-based think tank.

SHANKAR ACHARYA: Economic growth in India certainly slowed down. We were running along at about 9 percent-plus in three or four years prior to the crisis here. But last year, in 2008-’09, it came down to 6.7 percent, and, this year, 2009-’10, it’s expected to be above 6 percent. As you well know, a lot of countries haven’t been so lucky.

That transition from farm to market, farm to industry, is still sort of very incipient, very slow in India.
FRED DE SAM LAZARO: Where India is not lucky is that much of the growth has been in crowded urban areas, which have increasingly expanded into surrounding agricultural land, raising tensions among rural residents who fear displacement.

FRED DE SAM LAZARO: In fact, a land dispute forced Tata to abandon and move from a brand-new factory for its Nano, delaying the car’s launch several months.

Many analysts blame the tensions on India’s lopsided development. They say it’s come at the expense of basic amenities, like clean water and schools in rural areas. Here, people are increasingly unable to survive off small-scale farming, and most lack the skills for industry or the new economy.

VIKAS BAJAJ: That transition from farm to market, farm to industry, is still sort of very incipient, very slow in India. And, so, you know, 9 percent growth is great, but it’s not going to be that great if only a small fraction of the population is enjoying it.

This country has a middle class as large as the entire U.S. population, yet more than two-and-a-half times that number, about 800 million people, try to survive on less than $2 a day.

Amid a global economic crisis, India’s economy has managed to remain robust, fueling the growth of a large middle class. However, about 800 million residents in India still try to survive on less than $2 a day.