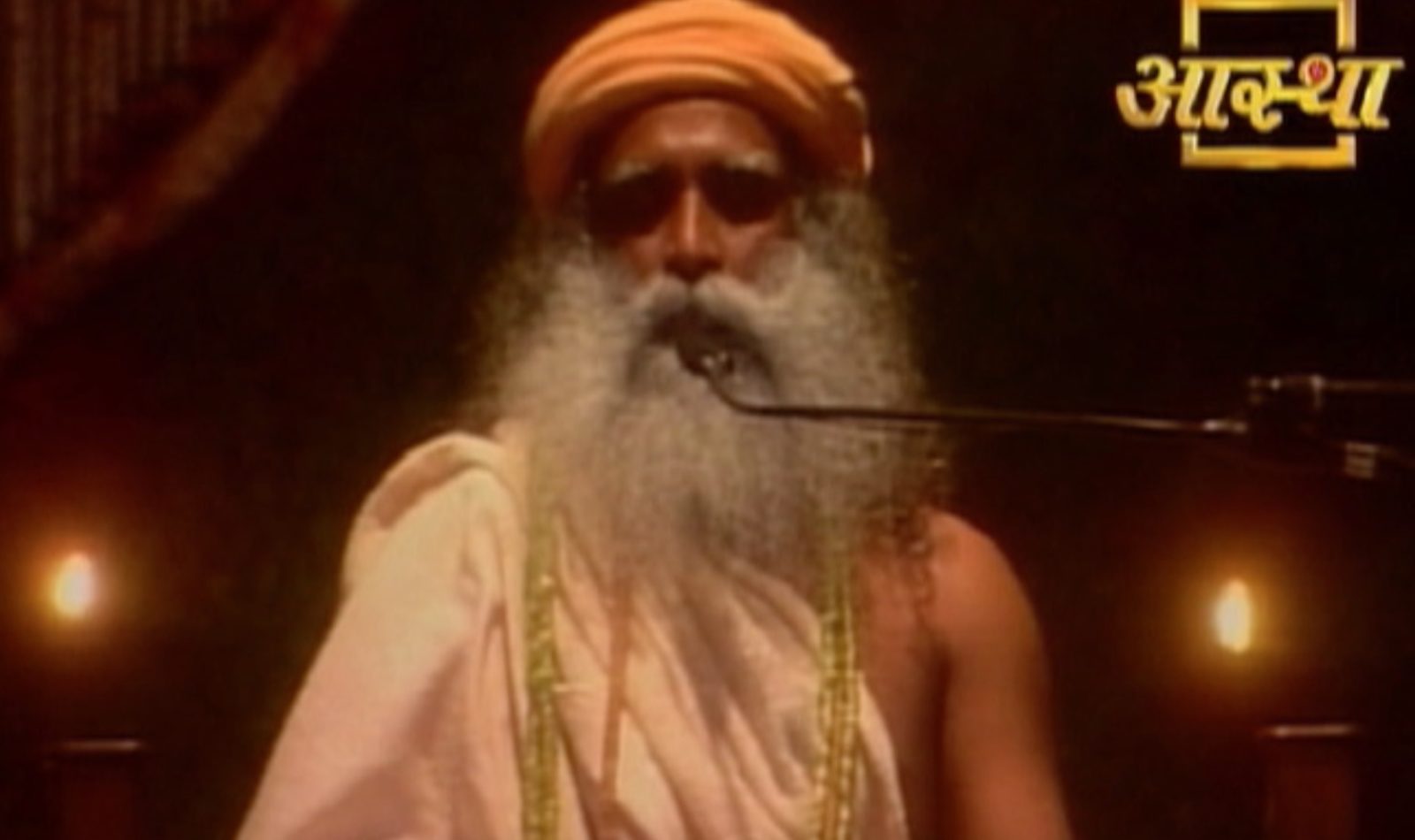 FRED DE SAM LAZARO, correspondent: India has long lured spiritual tourists from the West, as a place to escape the modern world. But over the past two decades, India itself has tightly embraced that modern world, at least in urban areas where the large and growing middle-class lives. The Gupta family has seen much prosperity in recent years. They enjoy most of life’s material conveniences in their New Delhi home. As is common in Hindu households, this one has an altar. Each day Bhavana Gupta places a puja or food offering to Lord Krishna, one of Hinduism’s most widely worshipped deities. The daily worship habits and rituals have been passed down for generations in this family. For Bhavana and Deepak Gupta, who runs a photo supplies business, these have changed little.

BHAVANA GUPTA (through translator): Before anything else, I pray. Then I go every day to the temple before eating anything. I first go there, pray over there. Then I have breakfast.

DEEPAK GUPTA (through translator): I have the same routine. I get ready. Then go to temple. We pray to be shielded from all of life’s problems—for marriages, for children, in business decisions. Everything we do is after invoking the blessings.

DE SAM LAZARO: There are regular prayers in the home, shared with their three children and his mother, in India’s joint family tradition. The Guptas, however, do worry about the growing influences on their children from the ubiquitous advertising on billboards, on the Internet, on television, influences that they say are already altering the traditionally rigid and hierarchical parent-child relationship.

BHAVANA GUPTA (through translator): They more treat us like friends now. They argue with us.

DEEPAK GUPTA (through translator): All the designer labels are coming to India. We used to get slippers for 20 rupees. Now they want 600-rupee brand-name ones.

DE SAM LAZARO: It’s exactly that kind of angst that may be driving the market for a media antidote: religious-based satellite television channels. Pramod Joshi leads one of several such enterprises, called Aastha, which means faith or devotion.

PRAMOD JOSHI (CEO, Aastha TV): The mission of the Aastha channel is to take the Indian culture, the Indian heritage, the social and spiritual culture of India to the world.

DE SAM LAZARO: Aastha provides round-the-clock programming, a variety of preachers from Hinduism and closely related South Asian traditions like Sikhism and Jainism. They invoke the ancient scriptures, conduct meditation and yoga and programs reminiscent of evangelical Protestant tent revivals. Most of these gurus pay to get on the channel.

Pramod Joshi, CEO, Aastha TV(speaking to Pramod Joshi): How many people do you think you reach?

JOSHI: I think in India we reach to at least 250 million viewers.

DE SAM LAZARO: The huge market has lured advertisers, and Aastha’s stock has performed well on the Bombay exchange. As editors and producers package Aastha’s content, the goal is to distinguish it from the commercial Hollywood- and Bollywood-inspired fare on other channels.

KISHORE PUTHRAN (General Manager, Aastha TV): There are programs that show a lot of divorce or extramarital affairs and things that way. But that’s actually not a fact in India, so our network, on the contrary, is actually showing you, okay, this is India. This is the religion, these are our values, and this is how we live.

ASHIS NANDY: Though we call Hinduism, Islam, Buddhism, Sikhism religions, in South Asia and, I would suspect, even in East Asia they were not religions in the Western sense. There is no word in any Indian language which is a synonym of religion.

DE SAM LAZARO: Instead, Nandy says religious practice is localized and individualized in India, particularly in the predominant Hinduism, which has no centralized leadership. Hindus profess faith in one creator, Brahma, as part of a trinity with Vishnu, the protector, and Shiva, the destroyer of evil, shown in this Aastha channel animation. They are manifest in countless deities and forms. People can and often do choose a personal god or gods informed by family or village traditions, personal experience, or even word of mouth. The pantheon can sometimes transcend what to Westerners might seem firmly drawn lines between religious faiths.

Ashis Nandy, sociologistNANDY: Traditionally, the South Asian faiths depended not on belief systems like modern Christianity does, but on religious practices. What you did was important, not what you believed. Nobody asked you do you really believe in Krishna, do you really believe in Ram? I suspect that, like the channel Aastha, the modern versions of faith will gradually begin to make inroads into the culture of religion in this society.

DE SAM LAZARO: Back in the Gupta household, the religion channels are on regularly, though only one member, the matriarch, pays much attention to what for her is a service that brings the temple and age-old traditions into her home.

SHEELA RANI GUPTA (through translator): We have a deal. There are certain times I will watch my religious programs. When they’re over, they are relieved. Now they can have the TV.

DE SAM LAZARO: Her granddaughters, Siddhi and Riddhi Gupta, however, will have little to do with channels like Aastha.

(speaking to the Gupta daughters): Do you ever watch any of the religion channels, either of you?

DE SAM LAZARO: Why not?

DE SAM LAZARO: For their part, parents Deepak and Bhavana Gupta may worry about children arguing too much, about unhealthy outside influences. Yet they also enjoy the upside—a new intellectual engagement with their two teenage daughters. One example: The children question the Hindu practice of paying priests to perform prayer services for their intentions, akin to a Roman Catholic tradition of paying a priest to say masses.

DEEPAK GUPTA (through translator): They’re more practical in their approach.

BHAVANA GUPTA (through translator): We think: we’re going to the temple, let’s give the priest 500 rupees to have him do a good prayer service for us. Now the younger generation, they ask, why?

SIDDHI GUPTA: I don’t think that’s the way to show God that you believe in him. God doesn’t want us to give money. He actually wants us to do something. Why don’t we give that money to charity and stuff? There are millions of programs, NGOs going on to save child labor.

BHAVANA GUPTA (through translator): Sometimes I really feel proud with my elder daughter. I know in myself she is right.

DE SAM LAZARO: There may be clashes over material goods and acquisitions like all middle-class teenagers have with parents. But this family sees no clash between modernity and Hinduism which, they say, is inherently eclectic and tolerant. The next generation won’t abandon Hindu traditions, they say, but rather tailor them to meet their own individual needs.

For Religion & Ethics NewsWeekly, this is Fred de Sam Lazaro, in New Delhi.

India has long lured spiritual tourists from the West, as a place to escape the modern world. But over the past two decades, India itself has tightly embraced that modern world, at least in urban areas where the large and growing middle-class lives. Fred de Sam Lazaro reports.