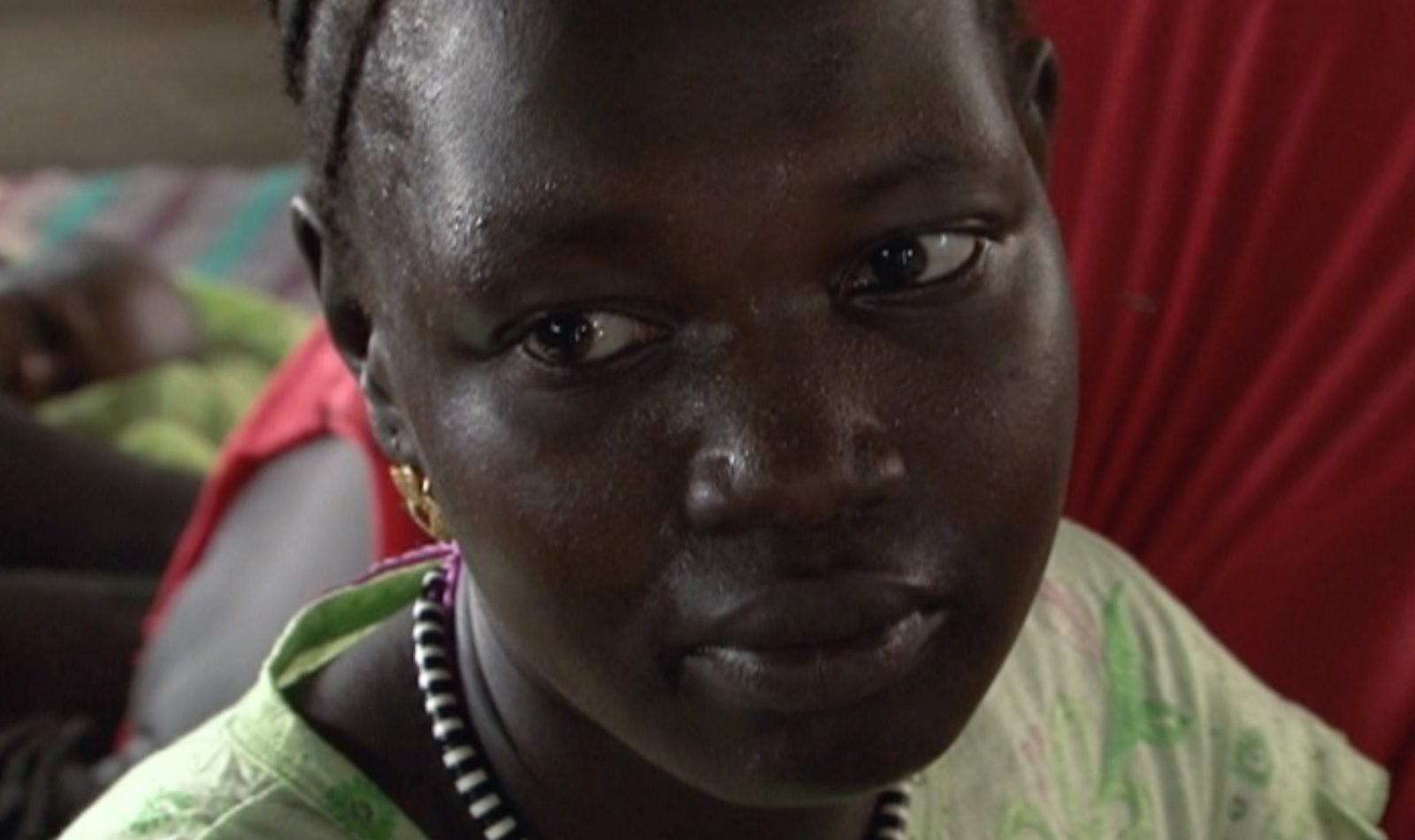 JUDY WOODRUFF: Next: growing violence and hunger in southern Sudan.

FRED DE SAM LAZARO: He weighs in at a healthy 3.4 kilos, or 7.5 pounds. But these happy moments are few and short-lived. Just yards away are children months older who weigh less than the newborn.

FRED DE SAM LAZARO: How much does he weigh?

FRED DE SAM LAZARO: The U.N. says half of south Sudan’s population is desperately short of food. That’s a fourfold increase in hunger this year, due to drought and growing violence, violence stemming from age-old local conflicts and, some fear, echoes of the north-south civil war.

Sudan’s mostly black African south has long fought the predominantly Arab north. A largely ethnic conflict took on economic dimensions when oil was discovered in the 1970s in the south. Its benefits have mostly flowed to the national capital, Khartoum, in the more affluent and powerful north.

Fighting ended five years ago with an internationally brokered comprehensive peace treaty. It recognized a semiautonomous government in south Sudan and called for nationwide elections. Those will be held in April. But, under the treaty, there will also be a referendum. It is now set for early 2011, just in the south, to determine if it will break off into a separate country.

As the votes draw nearer, there’s been a noticeable breakdown in security in many parts of this vast territory.

The United Nations estimates that some 360,000 people last had to flee their homes from violence and about 2,500 lost their lives due to violence. That’s even more than happened in Darfur, in western Sudan, last year.

A lot of the conflict likely has to do with local rivalries and deteriorating living conditions, especially the lack of water for crops and cows, the major source of wealth here.

WOMAN: Can you ask him why — who shot him?

FRED DE SAM LAZARO: It’s what landed Tut Bidong in this field hospital for three months. He was shot in the leg in a fight with a rival clan.

TUT BIDONG, Sudan (through translator): Somebody cut the ears their cattle, and they came back and to take revenge on us.

FRED DE SAM LAZARO: Zach Vertin, an analyst with the International Crisis Group, says this kind of fighting has gone on for a long time.

ZACH VERTIN, International Crisis Group: Traditionally, among the pastoralist communities in south Sudan, cattle rustling during — during seasonal migrations is a primary source of conflict.

FRED DE SAM LAZARO: There also are fears that Sudan’s leader, Omar al-Bashir, internationally indicted for war crimes in Darfur, might be inciting the intertribal conflicts to disrupt the elections or to prevent the breakup of the country.

ZACH VERTIN: Previously, Khartoum did offer financial and military support to certain tribes within the south, but also in other regions, in the east and in Darfur, as part of a broader sort of divide-and-rule strategy. And, so, it’s important that the parties and the international community keep an eye on that.

FRED DE SAM LAZARO: We spent the day in an MSF clinic up north, north of southern Sudan. And the struggle to just get enough food in children’s bellies is so arduous.

How realistic is it to — to juxtapose an election in this environment, and how meaningful is it in the grand scheme of things?

ZACH VERTIN: It’s going to be difficult, particularly among communities that haven’t — haven’t exercised this democratic experience before. We can hope for the best, and that this is the beginning of something much longer-term.

FRED DE SAM LAZARO: Despite the infighting and their difficult living conditions, most experts say southern Sudanese are likely to come together and vote to become an independent nation. We heard this from people we talked to at the field hospital.

MAN: Because we are still together with northern Sudan, that’s why the government does not provide enough facilities here in southern Sudan.

FRED DE SAM LAZARO: So, the northern government has not taken care of the south properly, you’re saying?

FRED DE SAM LAZARO: Many experts agree it will take significant international oversight to ensure the elections, referendum, and the consequences, drawing up borders and agreements to share the oil, all proceed without conflict.

But Doctors Without Borders says it is preparing for the worst. Even under the most optimistic scenario, this region will remain largely without access to basic health services for a long time, says Akko Eleveld, one of the group’s country leaders.

AKKO ELEVELD, Doctors Without Borders: We will be here for — I suspect, for the coming years, for sure in 2009 for the elections — 2010 for the elections, 2011 for the referendum. But, even after that, access to basic health care is minimal. And, if we look on the ground, what we see is an unfolding humanitarian crisis.

FRED DE SAM LAZARO: And field hospitals like this are on the front lines of the crisis and malnutrition on the leading edge.

FRED DE SAM LAZARO: And you have today?

FRED DE SAM LAZARO: That’s not counting the overflow of dozens under a tarp and hundreds of outpatients. The first challenge is to get emergency food aid, not ballots, to the population of southern Sudan.

JUDY WOODRUFF: Fred’s report is part of our collaboration with the Pulitzer Center on Crisis Reporting.

Fred de Sam Lazaro reports on the humanitarian crisis in Sudan, where drought and food shortages are contributing to violence, political instability and death.