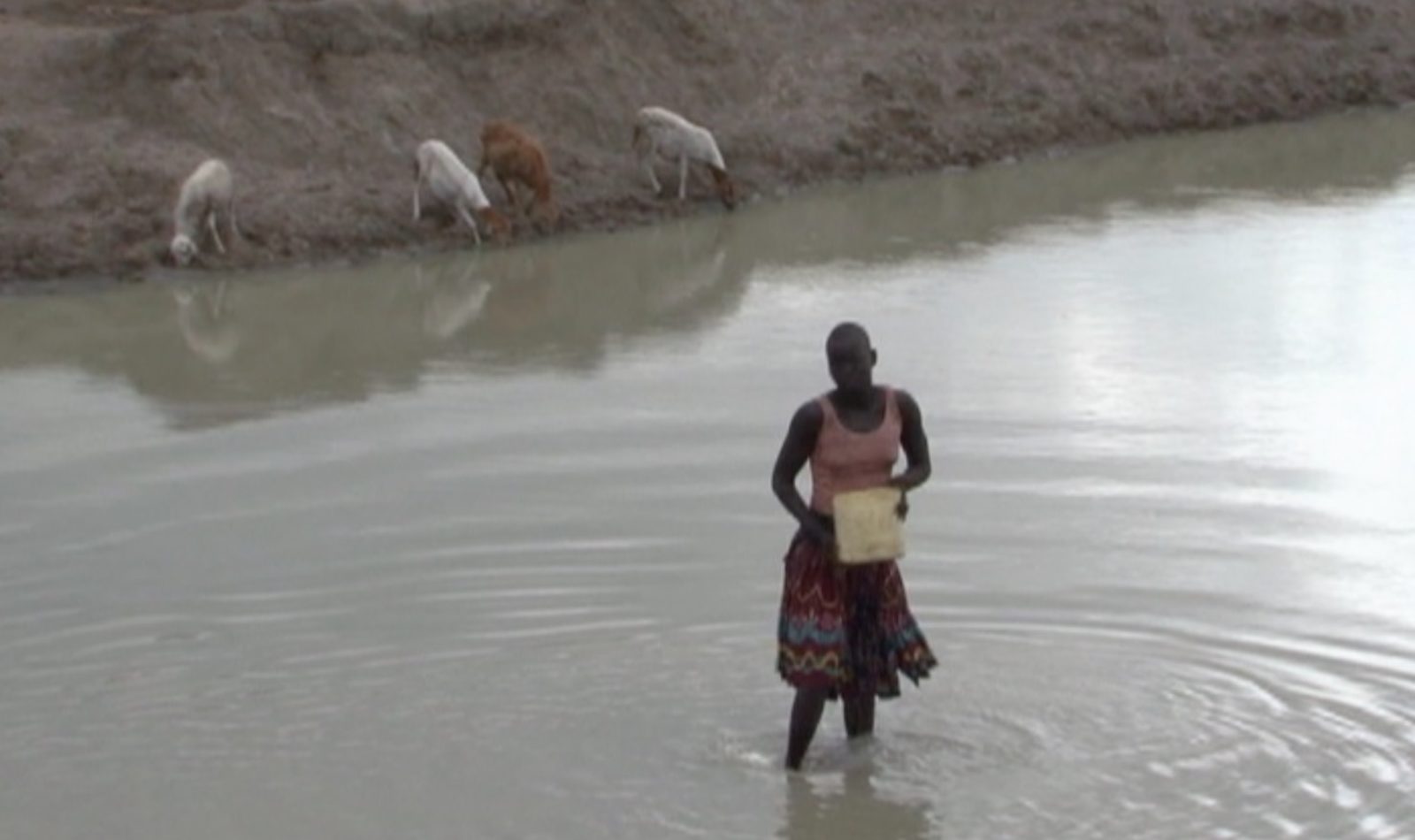 Special correspondent Fred de Sam Lazaro reports from Sudan about a painful and debilitating parasite called the guinea worm and efforts by health workers and the Carter Center to eradicate it.

FRED DE SAM LAZARO: This remote corner of Southern Sudan is the homestretch of a 20-year campaign led by former President Jimmy Carter that could soon eradicate a scourge that dates back to biblical times.

JIMMY CARTER, former U.S. president: We will not stop the efforts of the Carter Center until there are no cases of guinea worm left in Southern Sudan or Ghana or Mali or Ethiopia. That’s the only places where we have a few cases left.

We have been working on it now for more than 20 years. We have reduced it, the incidents, from more than 2.5 million cases down to about 2,500 cases in the whole world. And the last major holdout will be here in Southern Sudan.

FRED DE SAM LAZARO: In Southern Sudan, ravaged by decades of civil war, fewer than half the people have access to clean water. Many must drink from the same open ponds as livestock animals.

Of all the diseases from unclean water, perhaps none is more disabling than dracunculiasis, better known as guinea worm. The parasite grows up to three feet and lives just below the skin, often crippling its human host. There are no vaccines or medicines to treat it. The only cure is to slowly, painfully extract it over days.

The Atlanta-based Carter Center has trained thousands of field workers and volunteers. It’s been a grassroots effort to spread the word on how guinea worm is transmitted and distribute simple tools to prevent it: a personal filter that’s used like a drinking straw or a specially treated cloth, which can keep the parasite out of water people gather from ponds.

It’s in ponds like this that the guinea worm life cycle begins and gets renewed and renewed. Human beings consume the water that contain the worm larvae. The larvae grow in the body. It takes them about a year to become mature into a worm that grows to about a meter in length, three feet.

And when it’s ready to emerge from the body, it causes painful blisters, oftentimes on people’s feet and ankles. And in order to seek relief from that pain and burning, the human sufferer immerses his or her feet in this same pond. And that’s the opportunity for the worm to release larvae again, starting the cycle all over.

How did this campaign succeed in breaking that disease cycle in so many places? How did it succeed where so many other aid projects have struggled in developing countries?

Don Hopkins, the physician and epidemiologist in charge, credits former President Carter’s personal involvement, key to raising some $225 million for the cause. But, more critically, at the community level, Hopkins says, the approach has been respectful and collaborative.

DR. DON HOPKINS, associate executive director, The Carter Center: People are very, very astute at picking up condescension. And, unfortunately, there’s a lot of that, especially with Westerners coming into the countries.

And I think you have to approach people with the idea that you — we’re here to help you, and, no, we don’t have all the answers. You know your own community far better than we ever will. But here’s this information that — you know, use it to help yourself get rid of this disease, not: I’m coming from wherever, with whatever degrees and stuff, and we have got the answers.

FRED DE SAM LAZARO: Former President Carter says local beliefs were respected and incorporated into the campaign. For example some communities, unaware of how the parasite is transmitted, didn’t like the idea of spraying ponds with chemicals to kill the guinea worm larvae.

JIMMY CARTER: In fact, the ponds of water were looked upon as sacred. If that particular rain-filled pond hadn’t been there, the village wouldn’t have existed; they wouldn’t be alive.

And, of course, we said that the pond was, in effect, sacred, but there was a curse on their pond. And if they would just help us remove those guinea worm eggs from their pond or from the drink of water that they took out of that pond, then that curse could be removed from their pond and their village forever. So, we had, you might say, not only a philosophical, but also a theological explanation to make.

FRED DE SAM LAZARO: Eradication efforts have been so successful, it’s now down to the surveillance and dogged pursuit of the last few cases, making sure they’re treated before they can spread the disease.

On this day, field worker Simon Taban set off to treat a patient named Garbino Kenyi. At his thatched home, Garbino’s wife said he had gone to the regional market town of Terekeka, several miles away, hoping to sell his goats.

Taban worried that, on his long walk to town, her husband, who had a worm emerging from his right leg, might stop to take a drink and a dip to ease the pain he likely was feeling. So, a hunt began in the town and in the market. Taban asked people who might know his patient, asked after a man who should have had a bandage on his foot, though he worried because a previous patient had taken his dressing off.

SIMON TABAN, field worker: He says, you know, he looks — he looks awkward by moving with a bandage on his leg.

FRED DE SAM LAZARO: Half-an-hour later, a lucky break: A mutual friend in the market had seen Garbino by the river. Not only did they find him there, but the bandage was still on him.

They negotiated. Taban wanted to bring his patient back for treatment, but Garbino could not leave his goats, which had not sold. They wound up coming back on the roof of the vehicle that brought our TV crew.

Back at the health center, Gambino’s leg was placed in a bucket of water. It’s called a controlled immersion, cooling the skin blister, allowing the worm to release larvae, which can then be thrown away. It would take several days before the parasite could be extracted from his leg.

“It felt like pins piercing from all directions,” said the stoic patient said.

Did he try to put his leg in any cold water to stop it from hurting as he walked to town?

GARBINO KENYI, suffering from guinea worm (through translator): No. I asked some kids near a pond to get me some water to drink. I used my filter straw to drink it and poured the rest of it on the wound.

FRED DE SAM LAZARO: That kind of patient awareness and behavior is music to the ears of field workers. And with their success in dealing with guinea worm, former President Carter said communities can now take on other challenges.

JIMMY CARTER: When guinea worm is prevalent, the mothers and fathers can’t go into the field to work. The children can’t even hope to attend school. And, so, there’s a dramatic reduction in overall health of a community, not only in physical health, but also in economic health. So, guinea worm is a key.

You think this will be the last area that has guinea worm?

FRED DE SAM LAZARO: Now 85, Jimmy Carter may well outlive guinea worm, which would be the first disease since smallpox in the 1970s to be eradicated.