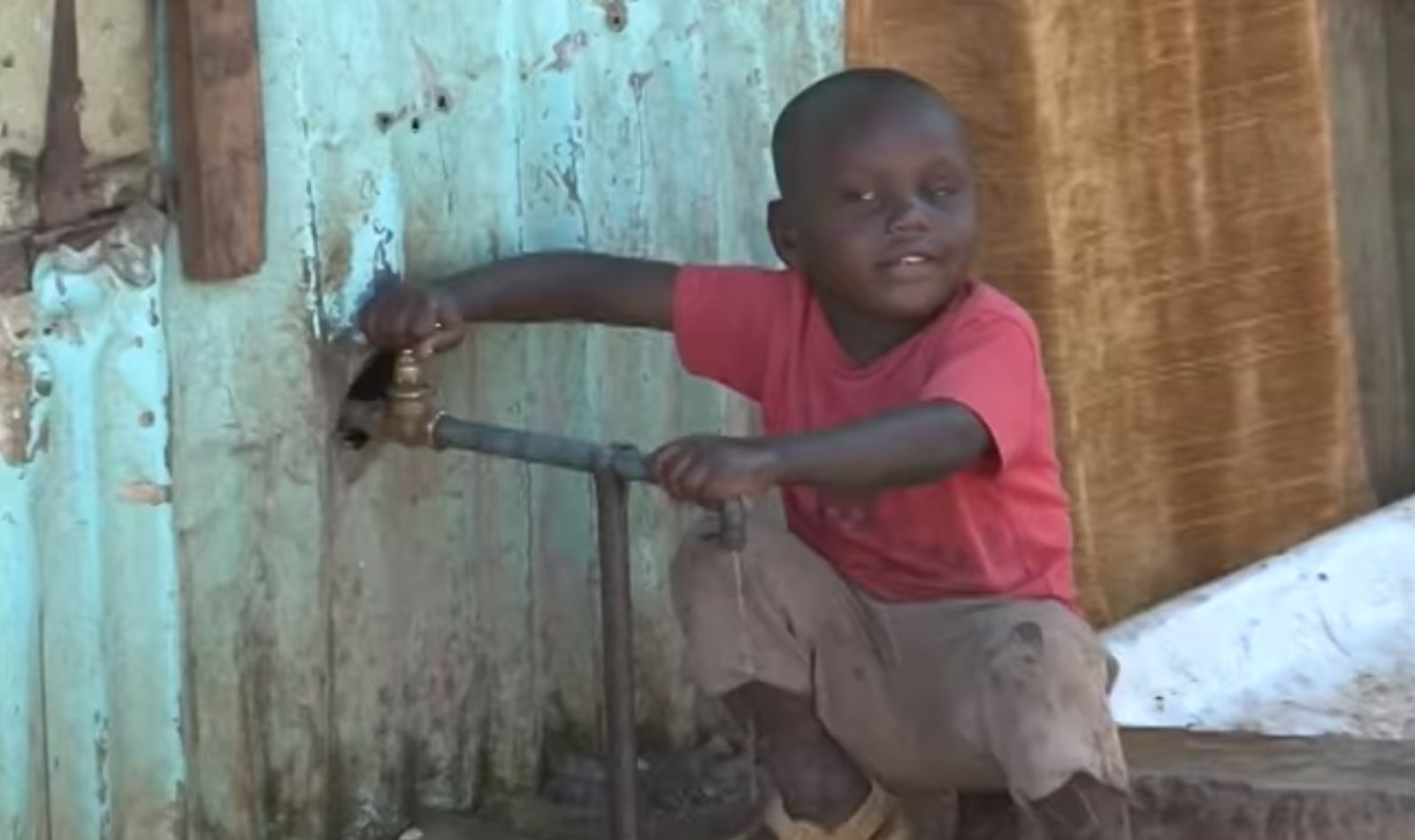 A New Kind of Capitalism

JIM LEHRER: Finally tonight: a story about toilets, investment bankers, and the poorest of the poor in the slums of Kenya. Special correspondent Fred de Sam Lazaro reports.

FRED DE SAM LAZARO: A poverty- and disease-ridden Kenyan slum isn’t exactly something that whets the appetite of most investment bankers.

DAVID KURIA, entrepreneur: This was the toilet. We just demolished this and that and this.

FRED DE SAM LAZARO: But it’s exactly the kind of project Jacqueline Novogratz is looking to finance. Novogratz has an MBA from Stanford and works in New York City, not far form banking’s movers and shakers. But she leads a team at the Acumen Fund that’s invested some $40 million to support enterprises that serve the poor. With donations from 200 philanthropic individuals and organizations, they have invested in a dairy farm in Pakistan, a mosquito net factory in Tanzania or a seed factory in Kenya. It’s a new approach to venture capital. She calls it patient capital, an investment that pays off slowly, that encourages profit, not excessive profit. She insists this middle way will work better in today’s globalized economy.

JACQUELINE NOVOGRATZ, CEO, Acumen Fund: If our current situation teaches us anything, it’s that unfettered, unbridled capitalism isn’t working, certainly not in interconnected worlds, where we need to find ways to include everyone into the global economy. And, on the other hand, charity alone typically can reach low-income people, but often not at any level of scale, and, too often, it creates dependence, rather than a sense of dignity.

FRED DE SAM LAZARO: She’s spread the word far and wide that private capital can bring public change. She talked to a book club in Nairobi about those slum toilets.

JACQUELINE NOVOGRATZ: Think about toilets. We need a public sanitation system that will sustain itself. We don’t have to depend on the government alone to do it. We can create a model that we can own.

FRED DE SAM LAZARO: She found architect David Kuria had the same idea. He had been trying to solve the toilet problem for years.

DAVID KURIA: The issue of sanitation, to me, is one of the most complicated issue dealing with the community, because it’s a behavioral issue. There are cultural issues and barriers, and also a lot of perception, in terms of, this is a service. According to our people, it needs to be free. It’s not free, because you still have to pay in terms of cost of medicine, or even death, when you’re talking about typhoid and cholera outbreaks.

FRED DE SAM LAZARO: Those diseases have been all too real in Kenya.

DAVID KURIA: Last year alone, we had about 300 deaths of cholera recorded in Nairobi, and the highest was the slum.

JACQUELINE NOVOGRATZ: Well, and this is where people don’t make the connection enough between sanitation and health.

DAVID KURIA: Hygiene and their health.

FRED DE SAM LAZARO: In slums like this one, people for generations have lived without functioning or sometimes even indoor toilets. They use the bush or streets instead.

JACQUELINE NOVOGRATZ: Well, and you can see the kids play right in…

FRED DE SAM LAZARO: Kuria thinks the only solution is to charge for the toilets, to make them pay for themselves. But the idea was a tough sell, not just with people in slums, who weren’t used to paying for it. He ran into problems getting land and licenses. And nine banks refused him financing. Then came the Acumen Fund. After a year teaching him how to design a business plan, the fund invested $600,000. And Kuria deliberately chose not to market to poor people at first, but to show the toilets were worthy of Kenya’s wealthiest.

DAVID KURIA: So, what I did was to start in the upper market, you know, outside Hilton, near our parliament, you know, for high, high-class people. And that’s where I started with putting the first model, purely to be able to influence the mentality and thinking. That became a bit easier than selling eco-toilet as a product for the poor.

FRED DE SAM LAZARO: Every day, 35,000 people come through this toilet in Nairobi’s Central Business District and 35 others, paying just five shillings, or about 7 U.S. cents, per visit.
Rent from a convenience store and shoe shine stands helps make the enterprises profitable. Piped-in music is but one surprise that greets the user of this eco-toilet. It’s spotless, uses very little water, a lot of it collected rainwater. Wastes are recycled into fertilizer and methane gas. But the acid test of the model is in a new one open in Mathare, one of Nairobi’s most violent and depressed slums.

JACQUELINE NOVOGRATZ: So, David you were trying different pricing models. In Nairobi…

JACQUELINE NOVOGRATZ: … you charge five shillings. And, here, you thought, well, we will charge three?

DAVID KURIA: We ended up developing a monthly card, which each family buys for 100 shillings. That’s about $1.20, yes, for the entire family.

FRED DE SAM LAZARO: Pricing is just one of the challenges for the slum branch. Ethnic tension, which flared up in deadly violence in 2006, still simmers. And lawlessness keeps people indoors after dark. Kuria wants to stage events in this area to make it feel safe at night. And he has invited a local group to form a committee to help run the facility.

JACQUELINE NOVOGRATZ: So, what did you have to do to convince the community?

WOMAN: We were educating them about the cleanness, about the diseases.

JACQUELINE NOVOGRATZ: And so how many people are now using the toilets? Ninety-eight per day?

FRED DE SAM LAZARO: Kuria needs 200 people to make this toilet break-even. He’s halfway there, but his goal is more than just money.

DAVID KURIA: To me, I think my ultimate goal is more for social transformation. I see myself purely as a change agent and change-maker, and trying to really provoke a lot of really debate at different levels, from the community level, whether it’s from the business community level and also from the political level.

FRED DE SAM LAZARO: Novogratz eventually wants the toilets, indeed, all of her investments, to reach not just hundreds of thousands, but hundreds of millions.

JACQUELINE NOVOGRATZ: It’s going to be a combination of private sector resources, philanthropy, certainly to get it started, and ultimately government.

FRED DE SAM LAZARO: In the next several months, David Kuria hopes to be up to 100 toilets. He’s branching out to Tanzania and Uganda as well.

JIM LEHRER: Fred’s report is part of our collaboration with the Pulitzer Center on Crisis Reporting.
In his next piece from Kenya, Fred looks at another investment by the Acumen Fund into safe, affordable housing in Nairobi’s slums.

A report on social entrepreneur and Acumen Fund founder Jacqueline Novogratz. She’s developed a new idea called “patient capital”, that is funding innovative approaches in tackling some of the worlds most entrenched social problems. Tonight, a look at one man’s vision for cleaner and greener public toilets in Kenya. It’s part one of our two part series.