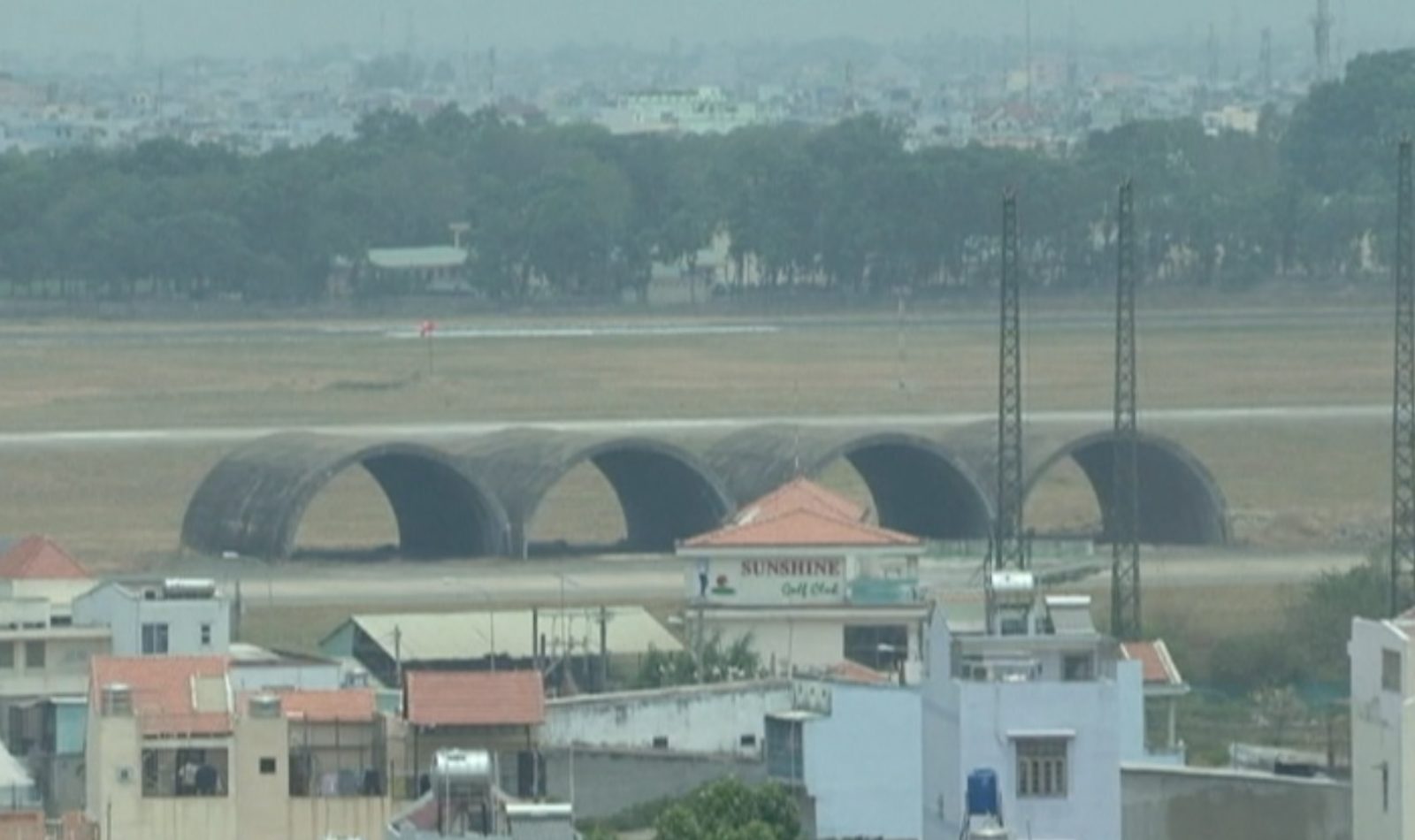 Vietnam is Open for Business

Thirty-five years after the United States military pulled out of Vietnam, some Vietnamese-American entrepreneurs are returning to their homeland. Fred de Sam Lazaro reports on the growing business opportunities in the Vietnamese economy.

FRED DE SAM LAZARO: From his office, software entrepreneur Victor Luu has a view of the Saigon Airport, a daily reminder of how he escaped from his native country at the end of the Vietnam War.

VICTOR LUU, software entrepreneur: There have two active runway, OK? And you see next to those hangars there’s a taxiway. I took off from that taxiway.

FRED DE SAM LAZARO: On April 28, 1975, 23-year-old Luu was in the scramble to evacuate on the last remaining American military aircraft, hours before North Vietnamese soldiers took the city and unified a divided nation into the Socialist Republic of Vietnam.

VICTOR LUU: So, the pilot had to zigzag and to take off.

FRED DE SAM LAZARO: Like tens of thousands of Vietnamese loyal to the American-backed South, who fled after the war ended, Victor Luu became a refugee in America. He never dreamed he would be back so soon, he says, but the Soviet Union collapsed, and the Internet began shrinking the world.

VICTOR LUU: The third thing is, Vietnam opened up and joined WTO.

FRED DE SAM LAZARO: Vietnam’s entry into the World Trade Organization in 2007 capped a 15-year transition from a Soviet-style, socialized economy. It sparked robust growth, over 7 percent for several years, until the global recession in 2009.

Luu got a six-year tax break from the Vietnamese government to move some of his California-based business here. He found a wealth of capable, educated workers who adapted quickly to a capitalist, global system.

VICTOR LUU: They are a very quick learner, and they have a lot of these Ph.D.s, went to Russia studying, and came back with very high degree in math, artificial intelligence. And these are the people that end up in our company.

FRED DE SAM LAZARO: One floor down from Luu’s office, in another Vietnamese-American-owned firm, 100 video game artists and engineers program games that will soon show up on American and European store shelves. The workers are a postwar generation.

VICTOR LUU: Most of our people here, the average age was born after 1975. They have no idea about the conflict.

FRED DE SAM LAZARO: Those who do have an idea about the conflict, the victorious communist-led government, used to brand people who left as traitors. But, today, those who return are welcomed back, many as investors.

Andrew Lam was 11 when he left with his family in 1975. He’s now a San Francisco-based journalist and author of a book on the overseas Vietnamese experience.

ANDREW LAM, journalist: The people who belong to so-called the losing side are connected internationally. You know, uncle will send money home, and the son will start a little shop. If he’s good, it might turn into a chain, especially when Vietnam was very impoverished. You know, there’s been estimating which, you know, Vietnamese overseas sends back money that was at one point considered about 16 percent of the GNP.

FRED DE SAM LAZARO: Overseas Vietnamese may be welcomed for their business acumen and American education, but Vietnam remains a tightly controlled society, with reminders everywhere that the Communist Party remains all-powerful.

Nguyen Qui Duc, from a prominent South Vietnamese family, fled when he was 17. He became a journalist and had come back over the years to report from Vietnam. But when he decided to move here permanently three years ago, he discovered what he calls extreme suspicion.

NGUYEN QUI DUC, journalist: I never got a journalist visa. And they assumed that you must work for a spy agency if you speak English. And, because I speak other languages, I have lived overseas in many parts of the world.

FRED DE SAM LAZARO: Nguyen decided to stay on anyway. Like an estimated 3,000 other overseas Vietnamese, he opened a business. Nguyen opened a bar in Hanoi, a venue for music and book readings, a hangout for many Vietnamese-Americans.

MAN: But you were born in the States, right?

FRED DE SAM LAZARO: Benny Tran works here for the Clinton Foundation on HIV issues. His brother, Ben, is a college professor in Tennessee and a frequent visitor.

BENNY TRAN: The irony is that we know Vietnam better than our parents.

BENNY TRAN: We know the current Vietnam. I mean, they are actually right now, as we speak, as we sit here, they’re on a tour of Northern Vietnam. They have never…

MAN: … been back before.

BENNY TRAN: They have never been north of — outside of Saigon.

MAN: My parents’ generation, they just don’t want to have anything to do with this regime and this government. And they always discourage their children from participating in returning. And, yet, I see that it’s their children who return and become very active in playing a central role in changing Vietnam.

FRED DE SAM LAZARO: Yet, there’s growing concern that much of the economic change, the business investment, is taking place in big cities, and creating an elite increasingly removed from the rural areas, where 70 percent of the population lives.

It’s in those rural areas that social entrepreneur Diep Vuong found her calling. She’s trying to protect young women from being sold into prostitution. Although the poverty rate has dropped significantly, to 12 percent, Vietnam remains a major source of women trafficked into the sex trade in Southeast Asia.

Vuong started a foundation to educate women like these to make them less vulnerable to traffickers. This group is among 25 who have been housed and trained in culinary school in Ho Chi Minh City, formerly Saigon. And near Vietnam’s border with Cambodia, Vuong’s staff runs a shelter and provides hundreds of scholarships to keep girls in school.

They also watch out for families in crisis that might be exploited. The day we visited, Vuong dropped by the home of one scholarship recipient, 14-year-old Nyugen and her 6-year-old sister, Nyan, who live with their elderly grandparents.

These girls’ widowed mother works in a factory in the city. She’s away most of the year, a common occurrence in poor rural households. Vuong is worried that these girls have been going to see their mother during the school holidays.

WOMAN (through translator): There are a lot of kidnappings there. You cannot let them go to the city.

DIEP VUONG, Pacific Links Foundation: The mother, being 36, may be not at risk, but the little girl going to Saigon, where the mother has no time to take care of her, will be at extreme risk.

FRED DE SAM LAZARO: Of being kidnapped and trafficked?

DIEP VUONG: Of being kidnapped, being tricked, and trafficked, yes.

FRED DE SAM LAZARO: She warned the grandparents of the dangers, and is trying to find a way to bring the girls’ mother home more often. Vuong raises most of the money to support her foundation in the United States, where she landed as a high school kid in 1980, fleeing Vietnam with her family on a boat.

DIEP VUONG: I did relatively well in school and whatnot, and I realize that that few months of statelessness was enough for me to — to want to do something.

FRED DE SAM LAZARO: A good student from a well-to-do family, Vuong went on to a Harvard education and a prosperous career in Silicon Valley with her husband. She considers herself American, but has a strong tug to Vietnam.

DIEP VUONG: I always remember my mother saying to us that we were born Vietnamese for a reason, and it is up to us to figure out what that reason is.

FRED DE SAM LAZARO: Nguyen plans to stay in Vietnam, and, in his own small way, says he pushes for more open exchanges of political ideas, something that he says has attracted the attention of authorities.

NGUYEN QUI DUC: I have people coming in here ranging from the diplomatic community, some ambassadors who come into here. I have had people work on human rights issues come in here.

So, they give me a bit of extra attention. I live with that, and I don’t let it bother me too much. But I think I am pushing some envelopes. I am talking about issues that are generally not talked about, like human rights, like democracy.

FRED DE SAM LAZARO: Software entrepreneur Luu stays at arm’s length from such issues, but he hears other people wondering what path Vietnam should take.

VICTOR LUU: People around here also look at a place like Thailand and say, well, they have democracy. It’s a big mess. That is something that the next generation have to define it.

FRED DE SAM LAZARO: Journalist Lam worries that the only ideology being offered the new generation is that making money is what it’s all about.

ANDREW LAM: I think that, for a country that is ruled by materialism, it inevitably loses its moral compass. And Vietnam has always been a spiritual country. This is how they fought against the French, the Chinese. It’s a kind of sacrifice for the greater good. And that has completely disappeared.

FRED DE SAM LAZARO: On Vietnam’s streets, the communist-era slogans continue to praise workers and peasants, signature of the party elders still in charge, the last generation with ties to the war. But the clearest message from Vietnam today seems to be: open for business.