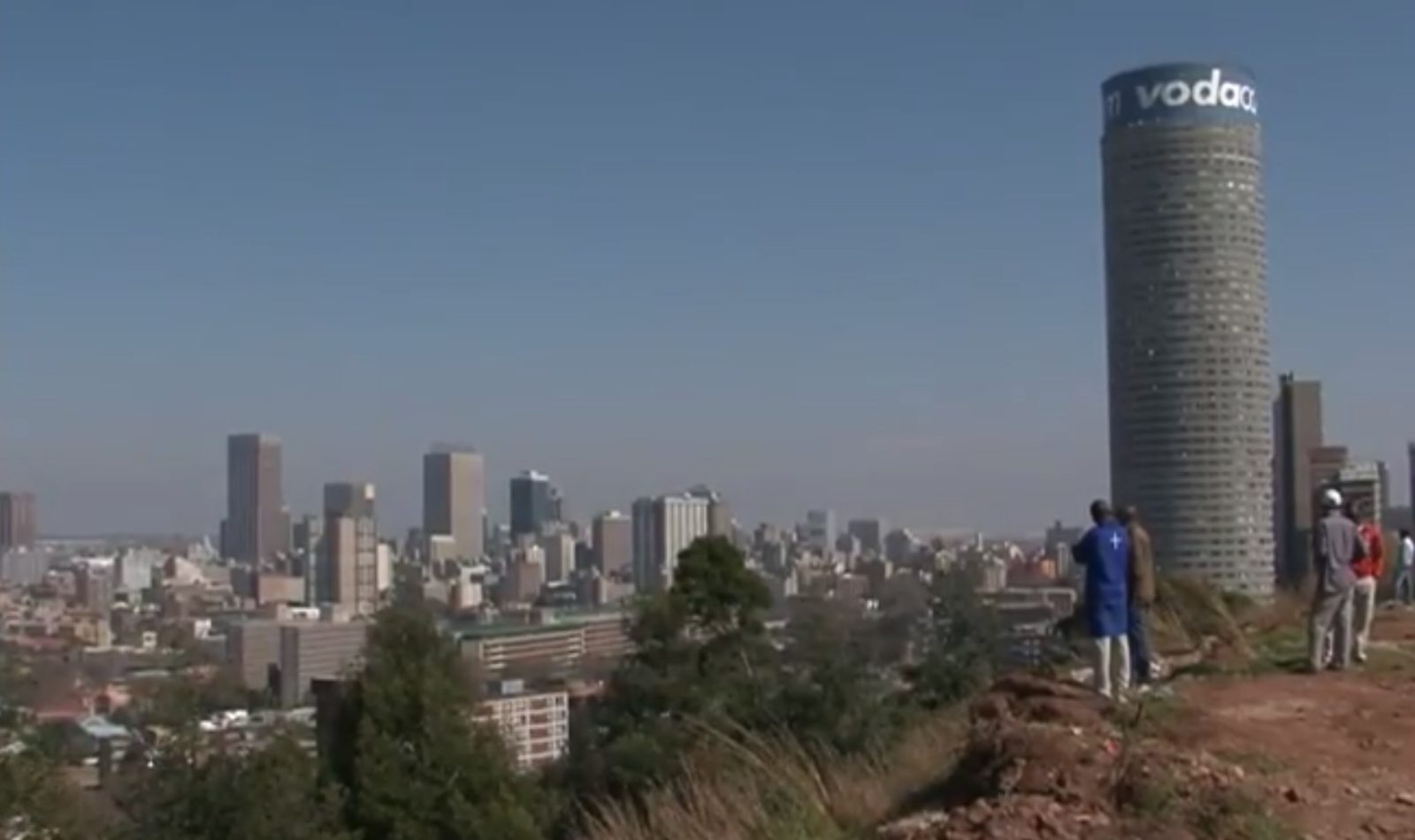 One man’s attempt to bridge the digital divide in one of Johannesburg’s poorest neighborhoods.
Play Story
Subscribe to Stories

RAY SUAREZ: Now, as the World Cup matches move into the semifinals, we turn to the poorer neighborhoods of Johannesburg, in the shadow of the soccer stadiums.

FRED DE SAM LAZARO: Downtown Johannesburg is not in many tourist brochures. It has a reputation for drugs and gang violence.

But Rael Lissoos thinks that is exaggerated. He was happy to take an American television crew around neighborhoods like Hillbrow. Lissoos says this area is inhabited not by gangsters, but ordinary folks struggling to make ends meet. Many are immigrants from other African countries. Most live without one of the most basic tools of modern life.

RAEL LISSOOS, entrepreneur: A lot of these people have not had decent and cheap and affordable access to the Internet or to telephone services.

FRED DE SAM LAZARO: He says fewer than 1 percent of households here or in South Africa’s rural areas can afford landlines. People are forced to use prepaid cell phones at rates three times what Americans pay for similar service, even though people here earn much less.

Lissoos says the huge fees to connect or terminate calls to even local phone networks hurt South Africa’s competitiveness against countries with much lower telecom rates, like India and China.

RAEL LISSOOS: For us to terminate a call onto a mobile network in China costs a lot less than if someone phoned a landline in that shop down there, a lot less. So, it does show that the (INAUDIBLE) India and China, their telecommunications costs are low, low, low. And look at their growth. Here, we are being exploited. Imagine, someone, they speak for 10 minutes, let’s work it out in dollar terms. Like, 20 minutes is 50 rand, is almost $8.

FRED DE SAM LAZARO: The big telecommunication providers like Vodacom and MTN say the prices reflect the cost of building infrastructure across a vast country.

Their critics say the companies are simply ignoring poorer neighborhoods they perceive as less lucrative, and they say the government hasn’t helped. The government still owns a share of what used to be a public telecom monopoly and it shares in the windfall of phone and broadband profits. Flying under the radar of these sky-high rates, Lissoos saw an opportunity to start his own business called Dabba Telecom.

RAEL LISSOOS: We can buy in bulk at like one rand, and sell it at 1.2 rands, and, actually, people normally would be buying it at three rands. That’s win-win. We have got a margin. People are saving money.

FRED DE SAM LAZARO: Across the downtown, Dabba has installed relay antennas that connect one building to the next. Routers connect the buildings to the Internet and make Internet-based phones possible.

RAEL LISSOOS: We have got a pair of cable going into every single apartment.

FRED DE SAM LAZARO: Rael Lissoos describes himself as a geek with Robin Hood urges. He made a fortune selling education software mostly in Europe. He sold his company and with a few other investors began Dabba Telecom as a social business two years ago.

He is an economist and teacher by training, and the new business has brought out his inner door-to-door salesman.

RAEL LISSOOS: Do you want cheap telephones in your room?

RAEL LISSOOS: The phones are free, and then you pay for the Internet, but you have got to buy prepaid airtime for the phones as well.

FRED DE SAM LAZARO: Dabba has placed phones free in about 9,000 apartments. To use them to call cell phones or landlines requires prepaid credit, which is sold at nearby convenience stores. It’s how Dabba recovers its costs, though Lissoos points out Dabba cards are far cheaper than the large company ones.

For more and more people, phone and increasingly Internet connections are making a huge difference.

MAN: So, now you connect to the Internet.

Lucas Ramaganda (ph) is a bus driver with a catering side business. Internet access is essential, he says, but, until now, getting online via cell phone connection ate up most of his business profits.

FRED DE SAM LAZARO: And now your business is going to pick up also, your side business?

MAN: I really hope so. That is my wish.

FRED DE SAM LAZARO: Lucas and his wife, Queen Ramaganda (ph), are most excited for what it means in the future for their son, Mutsidsi (ph).

MAN: Like, there’s something that they need from school, and we can get it from the Internet.

FRED DE SAM LAZARO: One connection at a time, Lissoos says the neighborhood is being transformed.

RAEL LISSOOS: In this street, there’s probably about 1,500 Internet terminals, which is amazing.

FRED DE SAM LAZARO: The 80 percent savings is allowing him to expand to a third store, he says.

And Dabba is also growing.

RAEL LISSOOS: Our revenue is now growing like quite a lot. It’s like probably 30, 40 percent a month now. And now the Internet, so I will reckon we will probably break even in the next four or five months — on our running costs, not on our investment. And it will probably take us another year or so.

FRED DE SAM LAZARO: His immediate goal is to more than double the number of households with Dabba phones, to 25,000 by the end of this year. If it proves sustainable, Lissoos says this could be the model across the developing world.

RAEL LISSOOS: You could bring in one bulk connection to the Internet. You could distribute it, prepaid to your neighborhood. And, also, you can create a telephone system. And then that person would have enough money to make a nice living and service — service their users.

FRED DE SAM LAZARO: If such enterprises prove profitable, he says, large companies may be attracted into underserved inner-city and rural markets, not just here, but in many other countries. That would bring competition and lower prices for all.

Left in the Shadows

As the World Cup enters the semi-finals in South Africa, the country’s poorer sections are left in the shadows of the soccer stadiums. Fred de Sam Lazaro reports on how one man has been attempting to bridge the digital divide in one of Johannesburg’s poorest neighborhoods.