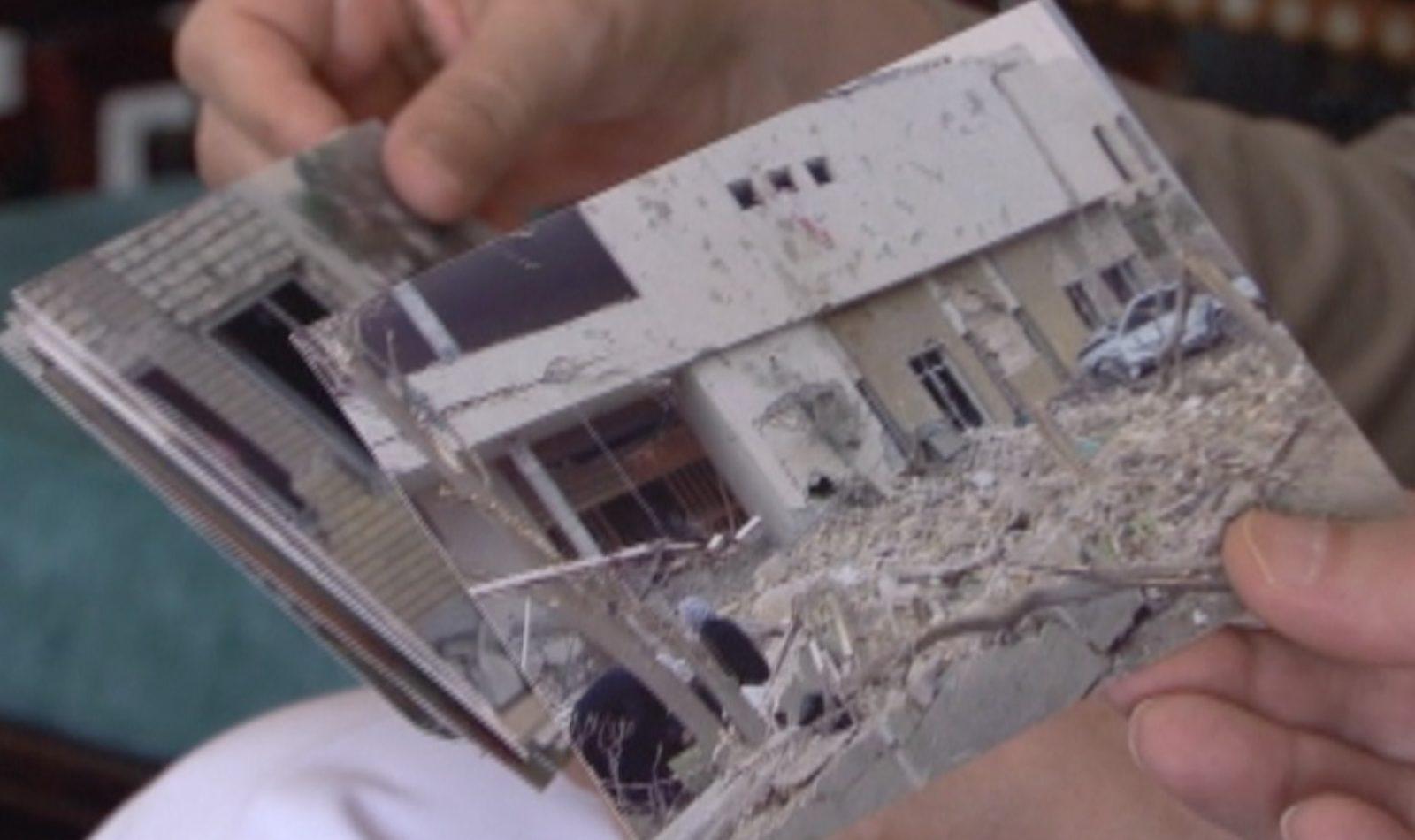 JEFFREY BROWN: And, finally, to Iraq’s refugees. Over the last three weeks, Margaret Warner reported from Iraq on the country’s transition to providing its own security. Tonight, special correspondent Fred de Sam Lazaro has this story from neighboring Jordan on Iraqis who fled years of conflict and may never return home.

FRED DE SAM LAZARO: Dr. Jalal Al Baya is much better off than most of the 500,000 or so Iraqi refugees in Jordan. He has a job in a busy practice here in Amman. But it’s a serious comedown for a man who was one of Iraq’s top dental surgeons.

DR. JALAL AL BAYA, dental surgeon (through translator): I had the largest dental practice in the country. And I had to abandon it when I fled to Jordan. There were lots of threats. And most of the scientists and doctors were targeted, so we had to reach out for a safe haven that was closest. And, for us, that was Jordan.

FRED DE SAM LAZARO: The large family home was destroyed in a car bombing and shelling that ripped through their Baghdad neighborhood. That’s when Al Baya joined an exodus of Iraqi professionals, fleeing threats of kidnapping or just running from the wrong side of a political or religious divide. By some estimates, since 2003, at least 60 percent of Iraq’s doctors have either left or stopped practicing.

IMRAN RIZA, UNHCR: A lot of people want to see Iraq over and done with, but it is still there. There still are the refugees.

IMRAN RIZA: There are many doctors. There are teachers. There are professors. In terms of our registered caseload, I think it’s close to around 30 percent that have university degrees. So, it’s a highly educated population, who I think never imagined to be in this situation.

FRED DE SAM LAZARO: Iraqi refugees are not housed in camps. Most rented homes in a parched, already crowded country. As it is, at least half of Jordan’s population of six million are Palestinian refugees from earlier regional conflicts. The Iraqis have seen their exile drag on much longer than they had hoped or could afford, says Tharaa Al Wadi of the relief agency International Rescue Committee.

THARAA AL WADI, International Rescue Committee: They came with some money. But most of them lived here for more than two years. And Jordan is not a cheap country. It’s expensive. So, even the people who came here and they had somehow money to cover their accommodation and the basic needs, they spent everything they have.

FRED DE SAM LAZARO: Iraqis are not allowed to work in Jordan unless they have specialized skills. In this family, 15 people share a two-room apartment. They survive on rations doled out monthly by the U.N. and about $200 in cash assistance. Thirty-eight-year-old Fadia (ph) scrounges informally for additional income.

WOMAN (through translator): I beg. I get lots of orders from bakeries and such. And I do tailoring. I also volunteer at the International Rescue Committee to raise awareness about domestic violence.

FRED DE SAM LAZARO: Fadia escaped the violence of Baghdad in December 2003. Her brother and brother-in-law were kidnapped and killed by militiamen. She has no idea who they were. They also took her husband, father of her three children. He was freed, but with severe physical and mental trauma, and unable to work since. Neither he nor Fadia’s surviving brother would appear on camera, still fearful for their safety. Yet, she’s desperate to return to Iraq.

WOMAN (through translator): We have been escaping to a safer place for eight years. But we can’t do that forever. I have been living in a strange land for eight years. We don’t care about electricity and water at this point, because we have gotten too used to living without it. I just need some security for myself and my kids.

FRED DE SAM LAZARO: Relief workers say most exiles find it’s not safe enough to return. Even if they did, finding housing and work would be a huge challenge.

For many, the best hope is resettlement in a third country. They apply at the U.N. Refugee Agency. The U.S., Australia, Canada, and Europe are top destinations, although the economic slowdown has limited job prospects for newcomers. About 20,000 refugees were resettled last year. For most, the wait can take years. Iraq’s religious minorities, mostly Christians, and female-headed households receive priority.

At the other end, in a seemingly indefinite limbo, are young men. They struggle on the margins in Amman.

Ahmed Doori pays his rent by fixing computers. He started a Web site to bring young Iraqi exiles together and to help them navigate the asylum process.

AHMED DOORI, Jordan (through translator): It’s the most miserable situation for the young Iraqis here in Jordan. Usually, they can’t find work here. There’s not even work for Jordanian nationals, let alone young men who come here as refugees. You can’t get a work permit. So, if you want to get a job, it will be illegal. But you could submit yourself to forced deportation if they find out.

FRED DE SAM LAZARO: Aid workers worry about the emerging generation. Many have seen their education disrupted, further handicapping them in any job market. And Fadia, who says she enjoyed a stable middle-class life under Saddam Hussein, thinks many youths will carry forward the bitterness her generation harbors.

My nephew, he’s a young kid. I can’t tell him to love America even though they killed your dad. So, he’s going to have a lot of bitterness towards America. And it’s going to grow up in his entire generation.

FRED DE SAM LAZARO: Even as they criticize the intervention, many refugees, including Dr. Al Baya, fear the U.S. pullout from Iraq.

DR. JALAL AL BAYA (through translator): The withdrawal was very good for the country. And the U.S. should be packing and leaving.

But, on the other hand, you need a strong, well-established national force who will take over the mission of security. And, at the moment, that doesn’t really exist. But, with better training, funding and assistance of U.S. and other countries, if they raise the bar for national Iraqi forces, Iraq will have a good future.

FRED DE SAM LAZARO: His wife, Mona Salih, is not holding her breath.

MONA SALIH, Jordan (through translator): In my lifetime, it’s pretty much impossible. And, in my kids’ lifetime, maybe it’s possible, by God’s will.

FRED DE SAM LAZARO: Until then, she and many other Iraqi intellectuals will be watching from a distance. Like thousands of others, this family waits in line for a chance at resettlement. They hope it will be to the United Kingdom.

Fred de Sam Lazaro reports from Jordan on the day-to-day difficulties of Iraqi refugees. Some refugees have fled from their homeland to avoid the conflict in Iraq and will probably never return home.