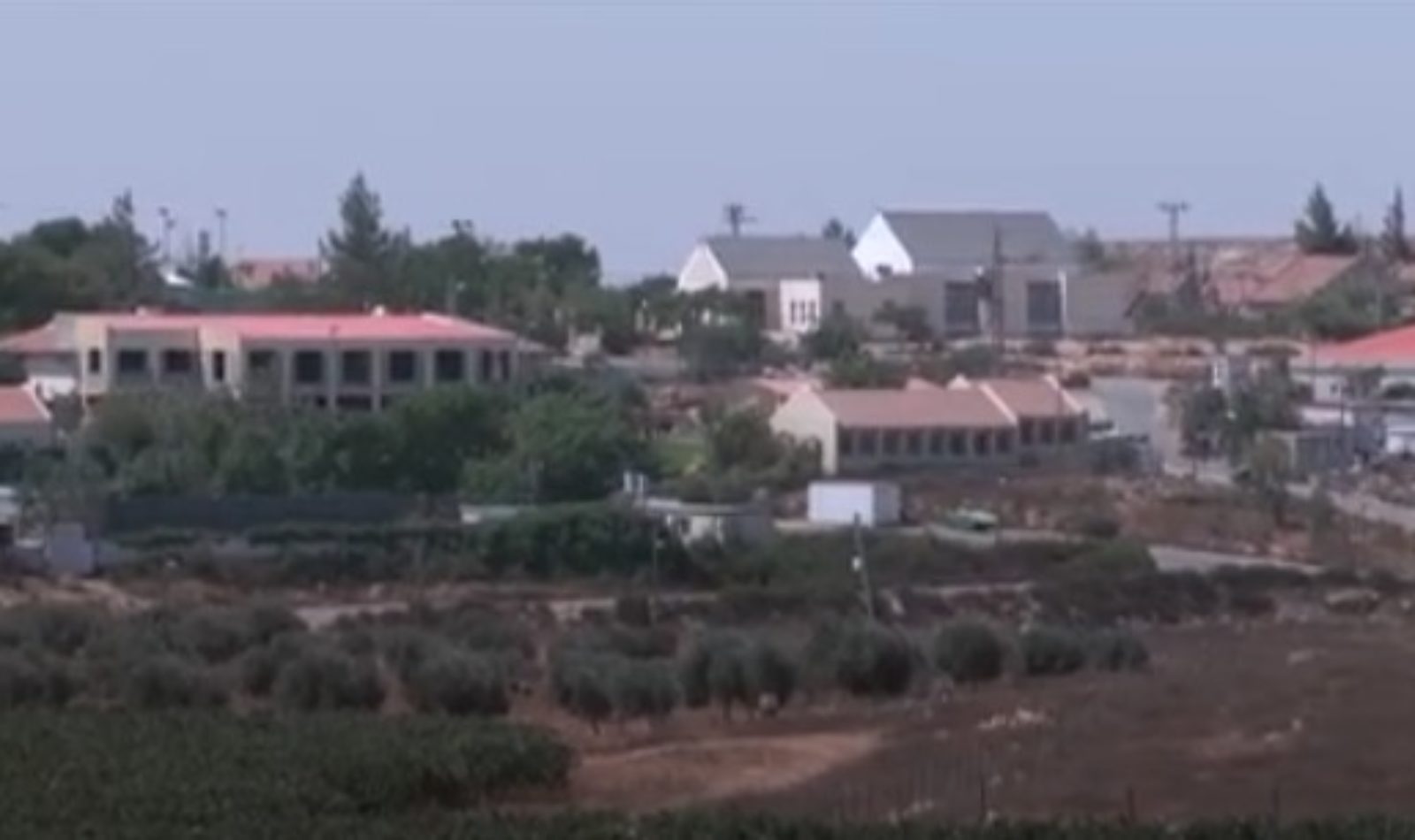 FRED DE SAM LAZARO, correspondent: Gilad Freund has spent much of his adult life here as a farmer, an occupation not commonly associated with his roots in New York City. But as a Jew, Freund says he has his own concept of roots and geography.

GILAD FREUND: I was brought up to believe that the Jewish people have a historical strong connection with the land of Israel, and even though there’s a good life in America I felt that it was an important step for me to come here.

DE SAM LAZARO: Freund arrived 30 years ago and settled in the village of Tekoa, about 30 miles from Jerusalem, a place that dates back to biblical times.

FREUND: Tekoa is the home of the prophet Amos. He was a real farmer, and in the Book of Amos he prophesizes that the people of Israel will come back to the land and that they will settle on the land, and they will plant gardens and grow fruit trees, and he used these biblical agricultural analogies in his prophesy.

DE SAM LAZARO: Gilad Freund embodies not just that prophesy but also the Zionist vision of a Jewish state that led to the formation of modern-day Israel. Freund is among at least 300,000 Israelis who have settled on the West Bank, land captured by Israel in the 1967 War. They are drawn by religious conviction or often by just the affordable subsidized housing. The settlements have long been a sticking point in peace negotiations. They’ve angered not just Palestinians but also settlers themselves when Israel has agreed to dismantle some of them, like those in Gaza in 2005. The Gaza Strip and much of the West Bank are areas of Palestinian self-rule. In a two-state solution they would roughly form the state of Palestine. But for many Arabs living here, the concerns are more immediate and day-to-day. In this sparse village outside the city of Hebron, residents complained about the lack of proper roads, electricity, and water. And things have gotten a lot worse, they say, as they became surrounded by Israeli settlements.

PALESTINIAN WOMAN (speaking through translator): Before settlements, the range for our animals was very large. There used to be a lot of grazing land, a lot of water. Now, because of the settlements, we are restricted from grazing, and we cannot access the cisterns.

DE SAM LAZARO: These village women complained of raids by Israeli security forces, who they say accuse them of harboring illegal Palestinian migrant laborers or terrorists on their way to Israel.

MOUSSA ABD RAHMAN (Palestinian farmer, speaking through translator): They try to intimidate us. They come at night, make trouble for our young people. They don’t have title to this land. They don’t have the right to take our land and prevent us from having access to any part of this area.

DE SAM LAZARO: Across the rural West Bank, complaints were common about intimidation and vandalism. The settlers’ response was difficult to get. Settlers are reticent, suspicious of outsiders, and they’ve long complained of a perpetual terrorist threat. What is not in question is the stark gap in the standard of living between Palestinians and settlers, a gap vividly evident in the fields. Israeli farmers enjoy water at subsidized rates. Palestinians farmers do not.

NADER AL-KHATEEB: If you look around us, we will see that the Palestinian land is totally bare now. There is no farming here because there is no water. And also this has been very much affected by the Israeli control of the water. And next to us here we can see a big farm owned by one Israeli settler who is taking the water from a well, while the Palestinians have no access or right to dig any new well to tap the groundwater.

DE SAM LAZARO: Even as they criticize what they call discriminatory Israeli policies, both men agree the Palestinians also suffer from internal problems-corruption, mismanagement, and a bloody leadership struggle that has divided the Palestinian territories. On the other hand, settlements have been largely well served with roads, water, and security under successive Israeli governments-whether left-leaning or right, whether the communities were officially sanctioned or built without government approval by private or religious organizations. One of the settlers’ strongest allies is Israel’s minister of infrastructure. He’s with the nationalist Yisrael Beitenu Party, a coalition partner in the government, though his views sound far more strident than official government pronouncements. Uzi Landau refers to the West Bank by its biblical name, Judea and Samaria, and says it’s an integral part of the Jewish homeland.
(speaking to Uzi Landau): You’ve been quoted as calling Arabs the occupiers. Is that an accurate quote, and what did you mean?

UZI LANDAU: It is an absolutely accurate description. They are modern crusaders. This land has been always our land. This land-so many occupiers. Jews were driven out, many of them, during the Roman period. They saw the Iranians, the Farsi, they saw the Ottomans, they saw the Arabs, they saw the British, the Marmlukes, you name it. Every occupier replaced the one and was replaced by the occupier that came after him. The Arabs are one of the occupiers. They are living over there. They have and should have all the rights as a minority has in every democratic country. But we claim that this is our land, definitely.

MOUSSA ABD RAHMAN (speaking through translator): We insist that we will stay on this land, even if it means we will die here.

DE SAM LAZARO: Palestinian farmers we talked to have their own historical starting line.

KAMAR MOUA RABA (Palestinian farmer speaking through translator): First, there were Arabs here before the Jews, so we could use the same argument to say that previous generations of our people were here before you. This is not a solution, because we are all sons of Abraham, them and us. We must appreciate each other because we are cousins.

DE SAM LAZARO: Settler-farmer Gilad Freund says he’s grown used to living with the seemingly intractable, often tense dispute over land. But all historic grievances take time to address, he says. Just look at the US and civil rights.

DE SAM LAZARO: Whether the new peace talks continue seems to depend on some compromise within the family of Abraham-whether Israel will build settlements after September 26, and if they do whether the Palestinians will keep negotiating.
For Religion & Ethics NewsWeekly this is Fred de Sam Lazaro.

An update on Israeli settlements and their Palestinian neighbors in the West Bank.