JUDY WOODRUFF: The continent of Africa does not now hold many internationally well-known universities, but one man is trying to change that, a one-time Microsoft executive who was educated in the United States, Patrick Awuah.

As special correspondent Fred de Sam Lazaro reports, as part of his Agents for Change series, one special focus of classes is to teach Africa’s next generation of leaders about ethics.

FRED DE SAM LAZARO: It looks like a pretty typical college campus, with students working in computer labs, studying at the library, or hanging out with friends.

But Ashesi University, in the West African nation of Ghana, has embarked on an experiment which its founder hopes will help start to fundamentally change the entire continent.

PATRICK AWUAH, President, Ashesi University: In the next three decades or so, the population of Africa is going to double, and something like 40 percent of working-age people are going to be Africans in the world.

A lot of jobs need to be created. And so we need to be educating the next bench in a way that they’re going to go create those jobs and create those opportunities for people.

FRED DE SAM LAZARO: Patrick Awuah was born and raised in Ghana, but came to the United States on scholarship to get an undergraduate degree in engineering from Swarthmore and an MBA from the University of California, Berkeley. He went on to become a program manager at Microsoft.

When he decided to return to his homeland, he assumed he would start a software company, but quickly realized the system of higher education was so poor, there wasn’t a competent work force to hire.

Experts say the problem with education in Africa is not so much that there aren’t enough institutions, but, rather, it’s in what students are taught and how they’re taught it, with an emphasis much more on rote learning and memorization, much less on critical thinking, on thinking for oneself.

PATRICK AWUAH: Under colonial rule, the educational system was really designed for that, to educate people to follow instructions and to do things in a very consistent way.

FRED DE SAM LAZARO: So, Awuah decided he had to start his own university. With money from American friends, colleagues and foundations, he raised $2.5 million to open a school with an initial class of 30 freshman in 2002.

Ashesi has now grown to a campus of nearly 800 students. The guiding principle throughout has been a laser-like focus on three principles: ethical leadership, innovation and entrepreneurship.

FRED DE SAM LAZARO: Ghana, like most countries in Africa, has been plagued by government-related corruption, which has hampered job growth.

ROSE DODD, Professor, Ashesi University: For the next three to four minutes, come up with a list of things that a brick can be used for.

FRED DE SAM LAZARO: Ashesi’s goal is to teach students to fight against the temptations of corruption and think outside the box. It begins almost from the moment a freshman arrives on campus and takes a mandatory course called Foundations of Design and Entrepreneurship.

ROSE DODD: How many do you have?

PATRICK AWUAH: The instructor says, you go find a problem that you think is worth solving, and then come up with an answer to problem. It’s very open-ended and then…

FRED DE SAM LAZARO: And scary in part, I imagine.

PATRICK AWUAH: Scary. It feels like you have been thrown into this kind of weird world, where you can’t plant your feet on the ground. Right? It’s very different way of approaching education.

ROSE DODD: When you see a problem, your first human instinct is to think of the first, easiest solution that comes to mind.

FRED DE SAM LAZARO: Professor Rose Dodd, an Ashesi alumna herself, says she hopes the class will encourage her students to take on the entrenched establishments in Ghana.

ROSE DODD: Don’t be limited. Don’t feel that whatever the system is limits you. Think about whatever else could be and then try it out. And I think the goal, the end goal should be to make life better for everybody around you.

MAN: Look at the question on the board.

FRED DE SAM LAZARO: Indeed, many Ashesi graduates have gone on to do some form of public service, whether it’s teaching in rural elementary or secondary schools, or mentoring the next generation of young women.

Yawa Hansen-Quao became the first female student council president at Ashesi in 2006. While in college, she began thinking about a way to help women grow into leadership positions, a goal that she made a reality with the founding of Leading Ladies’ Network.

YAWA HANSEN-QUAO, Leading Ladies Network: Our goal as an organization is to help women get out of themselves and their problems and to start thinking of what kind of change they can bring to the community around them.

FRED DE SAM LAZARO: One young woman that Quao has mentored is Narkie Agbettor, another Ashesi grad. She has just started her own small business, selling virgin coconut oil products. And while she’s enthusiastic about her company, she admits it’s not always easy dealing with government bureaucracy and seeing competitors resort to bribery.

NARKIE AGBETTOR, Entrepreneur: There are solutions to every problem out there. It requires thinking. So, you want to be successful and you want to be ethical as well.

FRED DE SAM LAZARO: Patrick Awuah knows that his young, idealistic graduates, many who come from families of modest means, will be severely tested out in the real world. But he hopes the lessons they have learned at Ashesi will help guide them.

FRED DE SAM LAZARO: The other cultural problem that Awuah hopes to change is stopping the so-called brain drain, where, after college, people leave the continent to seek careers in developed countries. So far, 90 percent of Ashesi grads have stayed and work in Africa.

JUDY WOODRUFF: And Fred’s reporting is a partnership with the Under-Told Stories Project at the University of St. Thomas in Minnesota.

When Patrick Awuah — a former Microsoft executive who was educated in the U.S. — returned to his home country of Ghana, his goal of starting a software company was dashed by the lack of a qualified workforce. So instead he founded Ashesi University, which is guided by principles of ethical leadership, innovation and entrepreneurship. Special correspondent Fred de Sam Lazaro reports. Ashesi has now grown to a campus of nearly 800 students. The guiding principle throughout has been a laser-like focus on three principles: ethical leadership, innovation and entrepreneurship.

90%
of Ashesi grads have stayed and work in Africa
An African Vision
Experts say the problem with education in Africa is not that there aren’t enough institutions, but, rather, it’s in what students are taught and how they’re taught it, with an emphasis much more on rote learning and memorization, much less on critical thinking, on thinking for oneself. Ashesi’s goal is to teach students to fight against the temptations of corruption and think outside the box to build a generation of ethical leaders for Africa. 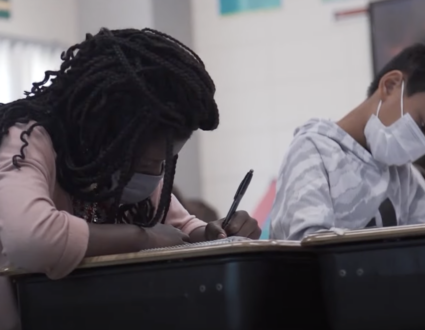 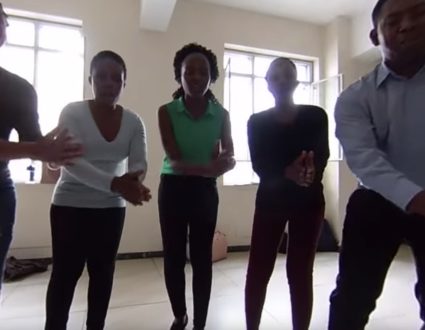 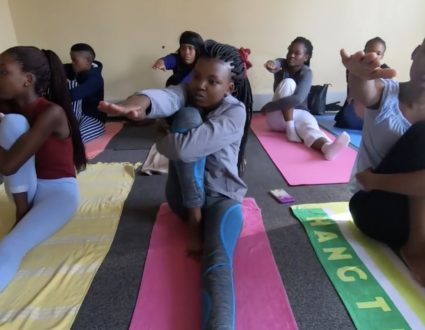 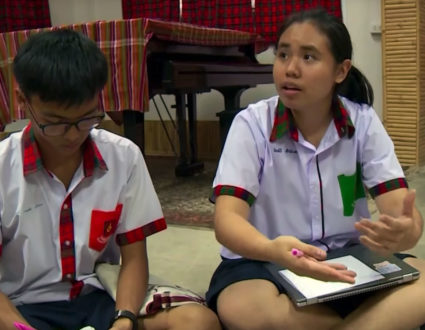 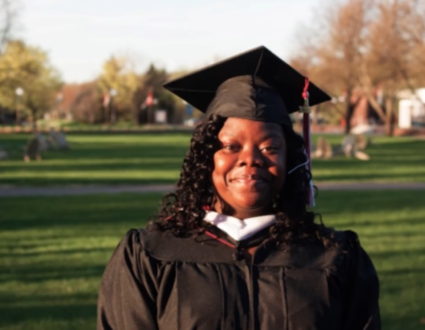 A Scholarship Program That Gives Students More Than Money 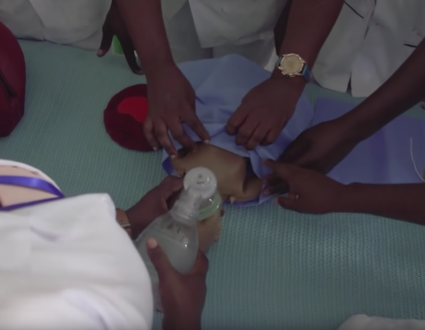