An update on rebuilding, the defund police movement and public safety
Play Story
Subscribe to Stories

Judy Woodruff:Six months ago today, George Floyd was killed under the knee of a Minneapolis police officer, triggering protests over racial injustice in cities across America.The Minneapolis Police Department is facing calls for its abolition, while struggling with high attrition and low morale, as violent crime there is on the rise.Special correspondent Fred de Sam Lazaro brings us up to date.This report is part of his series Agents For Change.

Fred de Sam Lazaro:At the memorial to George Floyd, which drew tens of thousands of visitors in the warm months, the foliage has begun to wilt in a crisp Minnesota fall, symbolic, perhaps, of an exhausting six months in this city.It’s been more than exhausting for Dan Refaya, whose auto body shop is a block north of the memorial.

Fred de Sam Lazaro:Barricades make it hard to get in, he says. But there’s a much bigger reason.

Dan Refaya:Most of the customers scared to come this area.

Man:Six or more people been shot out here.

Fred de Sam Lazaro:Residents and business owners say there’s been a spike in violent crime in the memorial area and across the city.Refaya himself was assaulted during a robbery at his shop that left him unconscious and hospitalized. Some might think the answer would be more police in the area, but to the volunteers who maintain this site, it’s not an option.We ran into Eliza Wesley, who calls herself the gatekeeper of the North End.

Eliza Wesley:The police is not allowed to come in here. And we’re not letting them in.

Fred de Sam Lazaro:Hostility toward the police is still widely evident in graffiti, a reminder of the unrest that engulfed the city in May, taking out several buildings, including the Third Police Precinct, which remains boarded up.The Minneapolis Police Department has remained in crisis since May. About 150 of its 800-odd officers have quit, retired or taken personal or disability leaves, several reportedly with many claims of post-traumatic stress disorder. So acute is the staffing shortage that the chief has sought to temporarily hire officers from other jurisdictions.

Fred de Sam Lazaro:Meeting virtually, chief Medaria Arradondo sought $500,000 from the City Council for the added help to address what he called an unprecedented surge in crime this year.

Medaria Arradondo:As of today, 74 homicides, as well as getting close to over roughly 500 of our community members who’ve been shot and wounded in our city, as well as a significant increase in carjackings throughout our city.

Fred de Sam Lazaro:The request, though a small sum, was only narrowly approved by a City Council that has been at loggerheads with the police department.

Man:This council is going to dismantle this police department.(CHEERING AND APPLAUSE)

Jeremiah Ellison:I think that increasing the number of police on the ground immediately is comfort food.

Fred de Sam Lazaro:Councilman Jeremiah Ellison represents the city’s predominantly Black North Side. One of the defund faction, he voted against the chief’s emergency request.

Jeremiah Ellison:It makes some people feel like you’re doing something, even though you’re not, and it — but it doesn’t actually improve the material lives of the people in my ward, for example, who are on the receiving end of this uptick in violence.

Lisa Clemons:We need the police in our community.

Lisa Clemons:We need to be safe with COVID.

Fred de Sam Lazaro:As an African-American and former cop, Clemons has a more nuanced view of the Minneapolis Police Department, which has a long history of tense relations with the Black community, including several officer-involved shootings.

Lisa Clemons:Putting all cops under an umbrella is what I think is wrong. But I think there’s enough cops that should not be wearing a uniform that impacts all the good that cops do.

Fred de Sam Lazaro:And though it’s a luxury these days with staffing shortages,she says her community urgently needs more beat police officers, not just those responding in a crisis.

Lisa Clemons:The worst thing you can do is have cops just be 911 responders, because that means you’re going to see people at their worst every day in your career. You are not going to have time to build relationships.

Fred de Sam Lazaro:Clemons herself decided to leave policing to build those relationships.

Lisa Clemons:In all honesty, I got sick of putting young people in the back of a squad car. And I wanted to do something to reach young people, reach families.

Fred de Sam Lazaro:Among those she’s reached is Convona Sims, for whom she purchased Thanksgiving staples.

Lisa Clemons:We found her in tragedy, which is, sadly, where we find a lot of people, in tragedy.

Woman:Three teenagers were killed after a car chase turned deadly this morning.

Fred de Sam Lazaro:Sims’ son, Demetrius, and two friends were recently killed as they fled police and crashed the vehicle they had violently carjacked.

Fred de Sam Lazaro:Sims, who works as a construction laborer, says she has no idea what led her son astray.And Clemons says she’s not alone among parents struggling to cope, particularly as the pandemic has closed school buildings and recreation centers for their children.

Lisa Clemons:A lot of times, a lot of parents stay silent because they don’t want to be judged.But we want them to be able to call and say, I’m seeing some changes in my kid, and I need some help. That is that village that everybody keeps talking about.

Fred de Sam Lazaro:She adds that, with the Floyd killing, with the pandemic, that village somehow feels larger today, as the entire city grapples with a spike in crime.For the many business struggling to rebuild from the rubble of last May’s unrest there are other worries, new COVID restrictions and, next spring, the trial of the four former police officers charged in the killing of George Floyd.For the “PBS NewsHour,” this is Fred de Sam Lazaro in Minneapolis.

November 25 marked six months since George Floyd was killed under the knee of a Minneapolis police officer—triggering protests and spasms of violent property destruction in cities across America and even overseas. In Minneapolis, an embattled police department, facing calls for its abolition has struggled with high attrition and low morale all while violent crime has risen sharply. 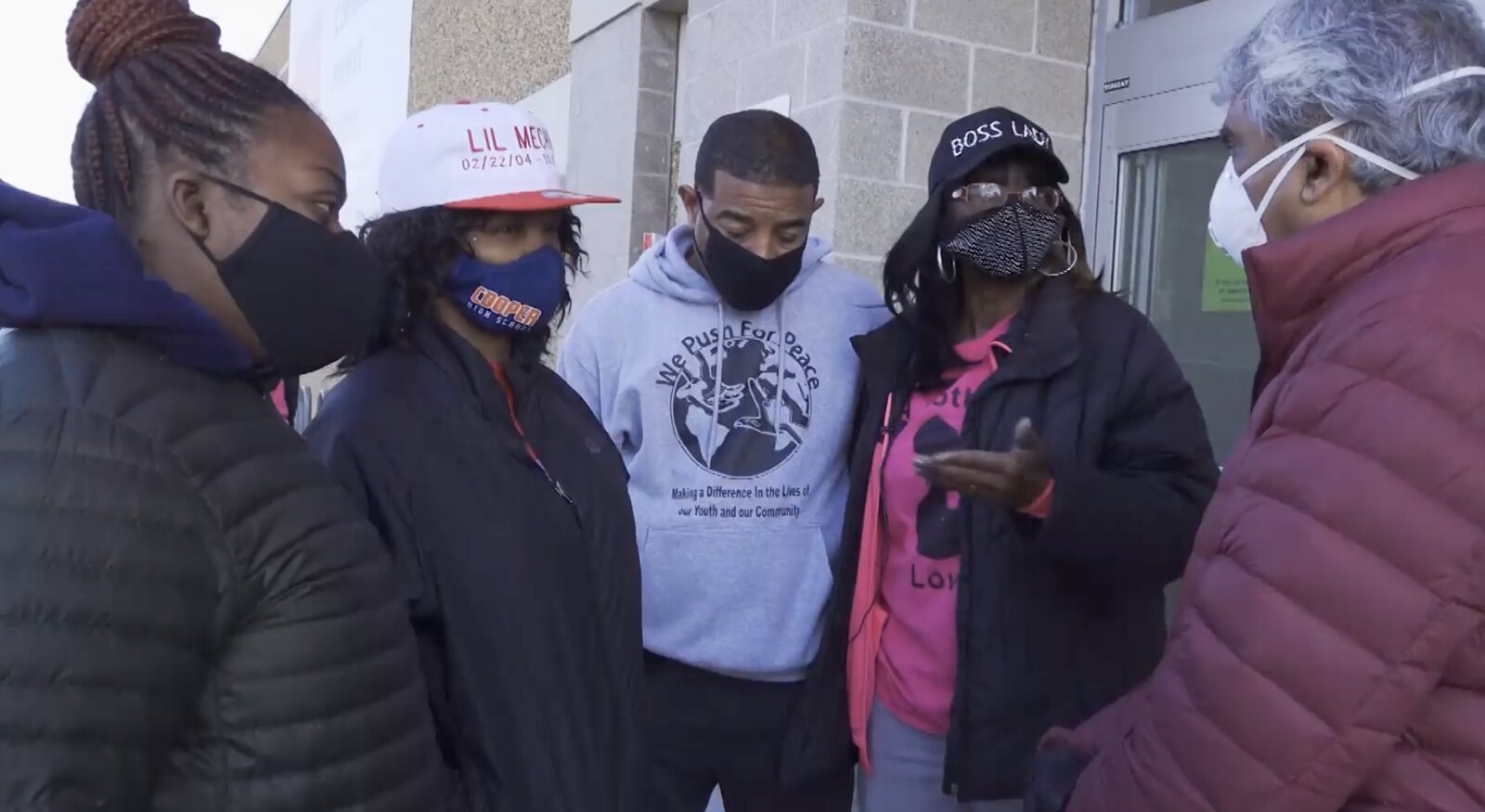 Clemons says her community needs more beat police officers, not just those who respond in a crisis.

“The worst thing you can do is have cops just be 911 responders, because that means you’re going to see people at their worst every day in your career. You are not going to have time to build relationships.”

More reporting from this summer in Minneapolis 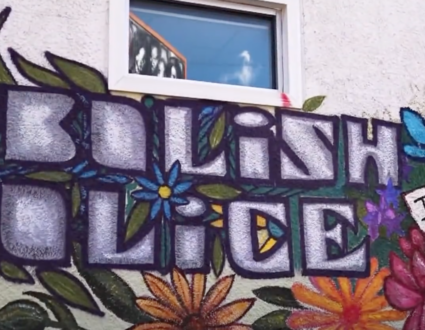 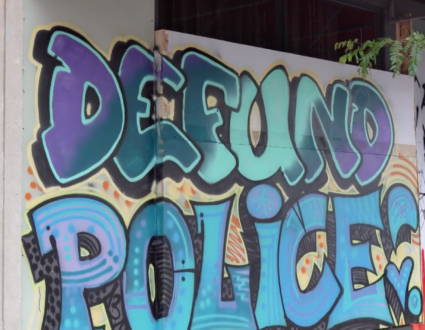 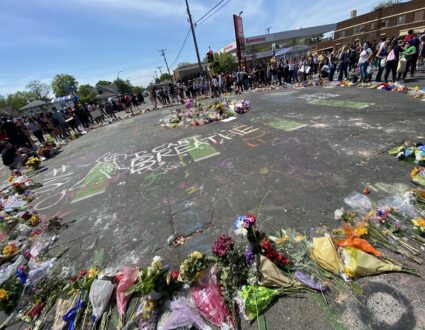 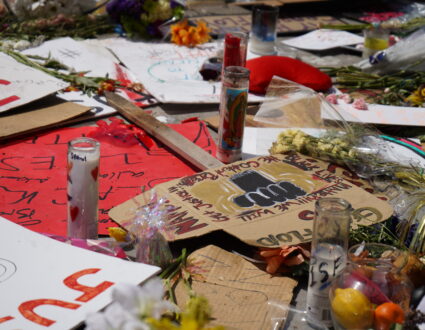 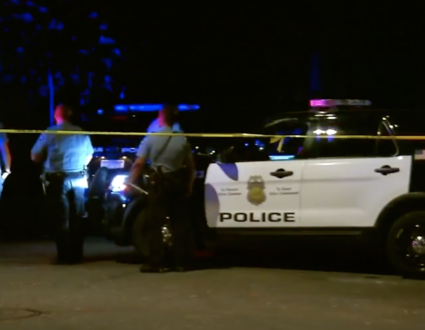