Joanne Elgart Jennings is an Emmy award-winning independent producer and a special correspondent for PBS NewsHour Weekend. In 2019, she co-produced “South Africa at 25” with Fred de Sam Lazaro, for The Undertold Stories Project. In 2017, Joanneproduced and directed “Guns on Campus,” which aired on Independent Lens. From 2011-2014 she was the executive producer for news and current affairs programs at KQED in San Francisco, where she created, launched and managed the weekly “KQED Newsroom” and supervised production of a range of local and national documentaries, including “Sound Tracks: Music Without Borders” for PBS. As a staff producer for PBS NewsHour from 1998-2011, Joanne covered Hurricane Katrina, the Deep Water Horizon oil spill, the Kosovo war, the Haiti earthquake and the Arab Spring, among many other stories. Joanne volunteers at San Quentin State Prison’s media lab, teaching video production. 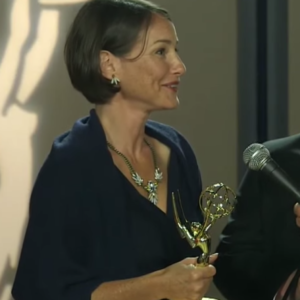