Indian doctors in the US have deep ties to India. Here’s how they’re helping from afar
Play Story
Subscribe to Stories

Judy Woodruff:The COVID crisis in India continues to devastate that country. The past 24 hours brought more daily records there, 400,000-plus new cases and nearly 4,000 deaths, all of that a likely undercount. And it comes amid a severe shortage of vaccinations.Many of the 4.2 million members of the Indian diaspora here in the United States say they are stricken with panic, pain and grief. Many are volunteering to help.Special correspondent Fred de Sam Lazaro reports on the efforts of Indian American physicians.It’s part of Fred’s series Agents For Change.

Fred de Sam Lazaro:The funeral pyres in makeshift crematoria now go 24/7, the final stop in a health care system that has crashed, unable to provide the most basic care that could have prevented most of these COVID deaths, hospital beds, equipment and, most critically, oxygen.One irony in this tragedy is that this country is a major producer and exporter of technical and medical experts, especially to the U.S. About 80,000 doctors of Indian origin practice in the United States today, found everywhere from the Mayo Clinic to the farthest reaches of rural America.The vast majority of them graduated medical school in India before immigrating to the U.S., so their ties to their homeland are recent, and they run deep.

Nidhi Rohatgi:He should try to get up and walk a little bit, and also make sure that his breathing is OK when he’s walking.It’s been quite overwhelming, I think. You have your day job. You take care of patients here. And when it’s morning in India, it’s night here. So you stay up through the night talking to your friends and family, trying to help out as many people as you could there.

Dr. Priya Sampathkumar:So, this is my Twitter feed. I decided to open up my direct messages, and now it’s maybe 15 to 20 a day.

Fred de Sam Lazaro:So busy has this telemedicine routine become, Dr. Priya Sampathkumar has taken a leave of absence from her job as an infectious disease physician at the Mayo Clinic.These are random strangers from Twitter?

Priya Sampathkumar:Random strangers from Twitter.I’m saying, OK, adjust the oxygen. Turn the camera on, so I can see the concentrator. Let me help you. This is what I’m doing.

Woman:So, is she getting prone? So, is she lying on her stomach?

Diksha Bajaj:She’s been asked to, but I think she’s assisted by a nurse to do it.

Woman:That’s fine. She just needs to do it.

Fred de Sam Lazaro:Getting advice in Delhi on this call was Diksha Bajaj, caring for an elderly aunt.

Diksha Bajaj:I found it extremely, extremely useful. It was becoming extremely difficult to get to a doctor. We weren’t getting any clarity on how much it improved and if we were on the right track and the do’s and don’ts for the patient.

Priya Sampathkumar:So, we called our friend and asked him to send the oxygen cylinder. Did he — did she get it?

Fred de Sam Lazaro:Dr. Sampathkumar used connections to locate an oxygen cylinder for this couple she met on Twitter. They live in the U.S. and are trying to keep his COVID-positive mother, who lives India’s capital, Delhi, alive.

Priya Sampathkumar:Right now, there’s no hospital in these hot spots that is not completely overwhelmed.

Fred de Sam Lazaro:I paid a visit to the young couple, who are both doctors. They asked to remain anonymous, fearful of repercussions for family back home.The government has cracked down on messages deemed negative, even things like a plea online for oxygen, ostensibly to prevent panic.

Man:This is just people just acting out of desperation to really get whatever they can for their loved ones.

Fred de Sam Lazaro:And with both equipment and skills in short supply, they have had to train non-medical family members to provide care.

Woman:So, I was like just to use a glove to tie a tourniquet, your left hand to stabilize it, right hand rotate and pull it back. These were the steps. And he did all of it.

Fred de Sam Lazaro:And the vast Indian medical and tech diaspora are trying to coordinate a ramp-up in assistance, with fund-raising, sending equipment, and this Web site by the main Indian American doctors group. It has a list of available volunteer providers, time slots for virtual appointments, and even language options.Amid a vast rumor mill and medical misinformation, some are doing the rounds in India’s media. Dr. Sampathkumar has been on TV in her native Tamil language, spoken extensively in the south.

Priya Sampathkumar:I just have these pangs about being here and not being in India. But right now, it’s — for the first time, I’m actually glad that I’m here, because I can do so much more from here than there.If I were in India, yes, I could take care of a few patients, and definitely make a difference. But I can’t impact policy. I can’t impact care of large numbers of patients as an individual physician.

Fred de Sam Lazaro:How are you feeling right about now?

Dr. Nidhi Rohatgi:I guess, when I left India, I never thought this is something that could happen and this is what I might be leaving behind. So, yes, a question best not asked. Just keep going. Just keep doing.

S.V. Mahadevan:Obviously, the emotional and family ties are there with India, but it wouldn’t matter, really.We’re also thinking about who’s going to be next and how we can take the lessons that we learn now and apply them to the next country that suffers this humanitarian crisis.

Fred de Sam Lazaro:And with the danger of new deadlier mutations of this coronavirus, he says, that could by any country, including the U.S.

S.V. Mahadevan:We can never be complacent. Even though we’re doing really well now in terms of the number of people vaccinated, and the trends of COVID-positive patients are trending down, until the world is vaccinated, this problem is going to stay with us in some form or other.And though it may not be in our backyard now, it has the potential to return to our backyard in the future, unless we vaccinate the rest of the world.

Judy Woodruff:Such an important story.And Fred’s reporting is a partnership with the Under-Told Stories Project at the University of St. Thomas in Minnesota.

As India suffers through a devastating surge in COVID-19 infections, the 4.2 million members of the Indian diaspora in the U.S. are stricken with panic, pain and grief. Many are volunteering to help. Special correspondent Fred de Sam Lazaro reports on the efforts of Indian American doctors to help mitigate the crisis in India. 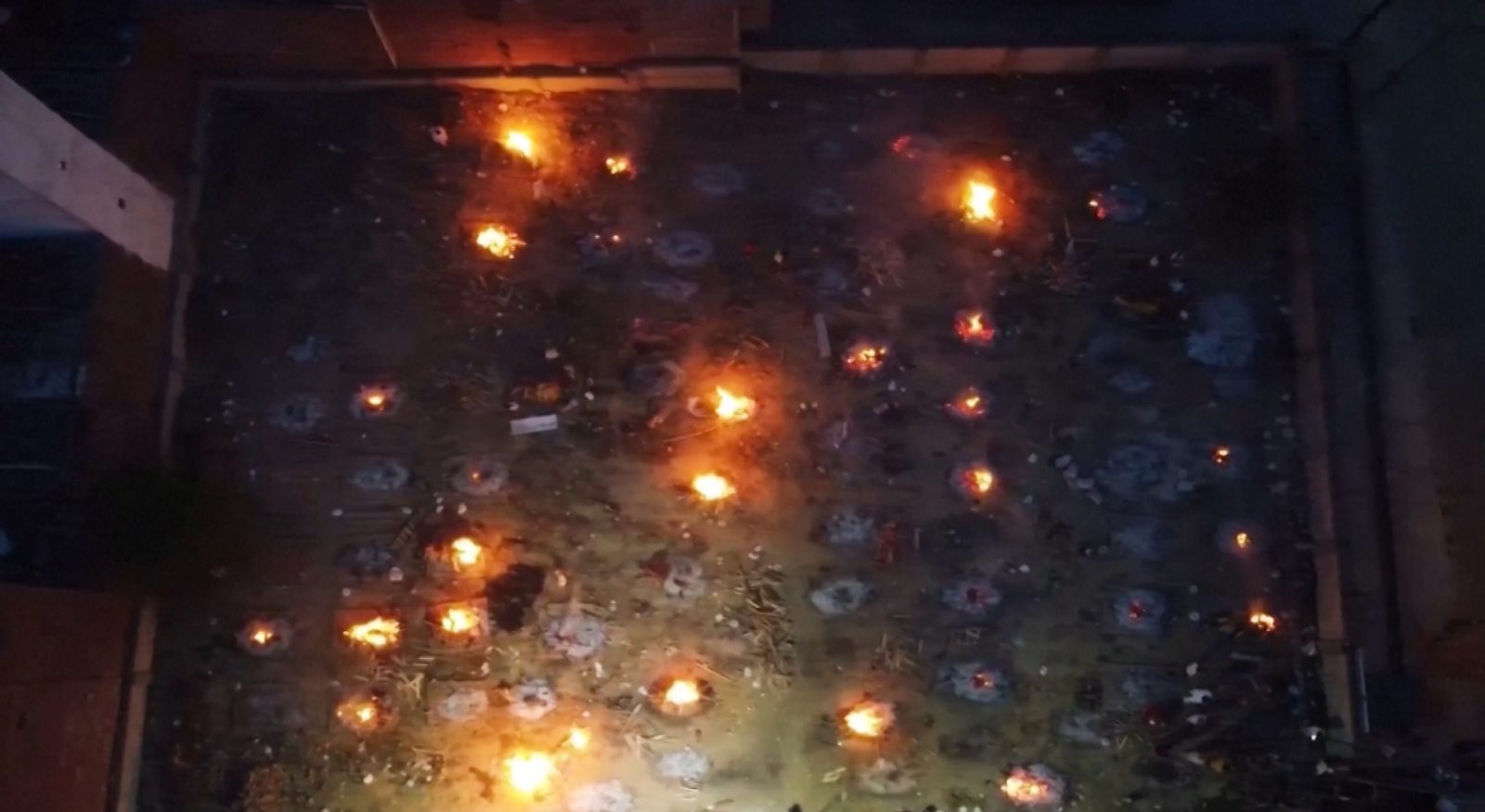 India is a major producer and exporter of technical and medical experts, especially to the U.S.

About 80,000 doctors of Indian origin practice in the United States today, found everywhere from the Mayo Clinic to the farthest reaches of rural America. The vast majority of them graduated medical school in India before immigrating to the U.S., so their ties to their homeland are recent, and they run deep.

A network of indian doctors in the u.s. are working through the night to help connect desperate patients and their families connect with critical care

Harnessing the power of social media, video chats and a wide network of expertise, these doctors are helping with everything from finding precious oxygen tanks for COVID patients to instructing people on how to insert an IV.

“So, is she getting prone? So, is she lying on her stomach?”

Family of a covid patient

“I found it extremely, extremely useful. It was becoming extremely difficult to get to a doctor. We weren’t getting any clarity on how much it improved and if we were on the right track and the do’s and don’ts for the patient.” 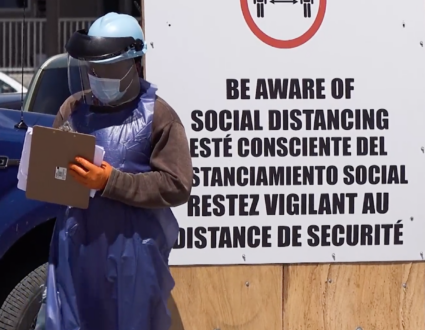 COVID-19: Meatpacking in a Pandemic 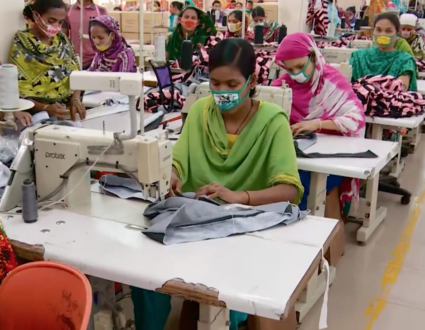 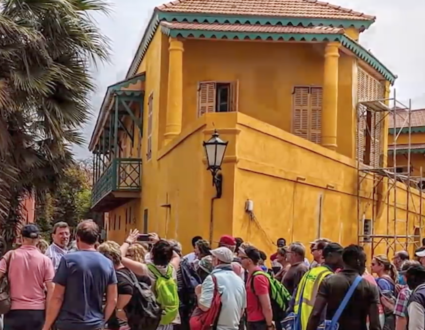 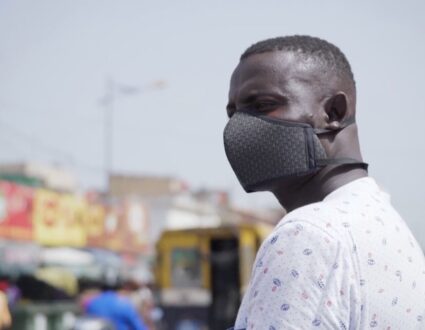 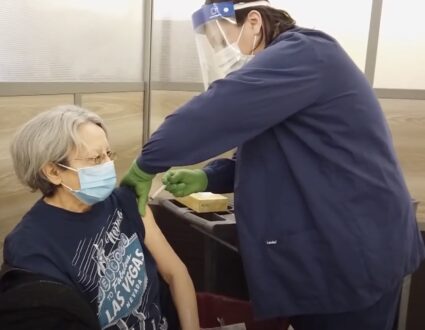 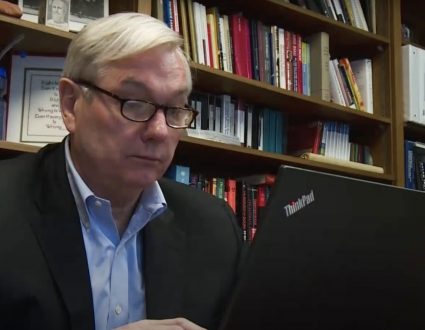