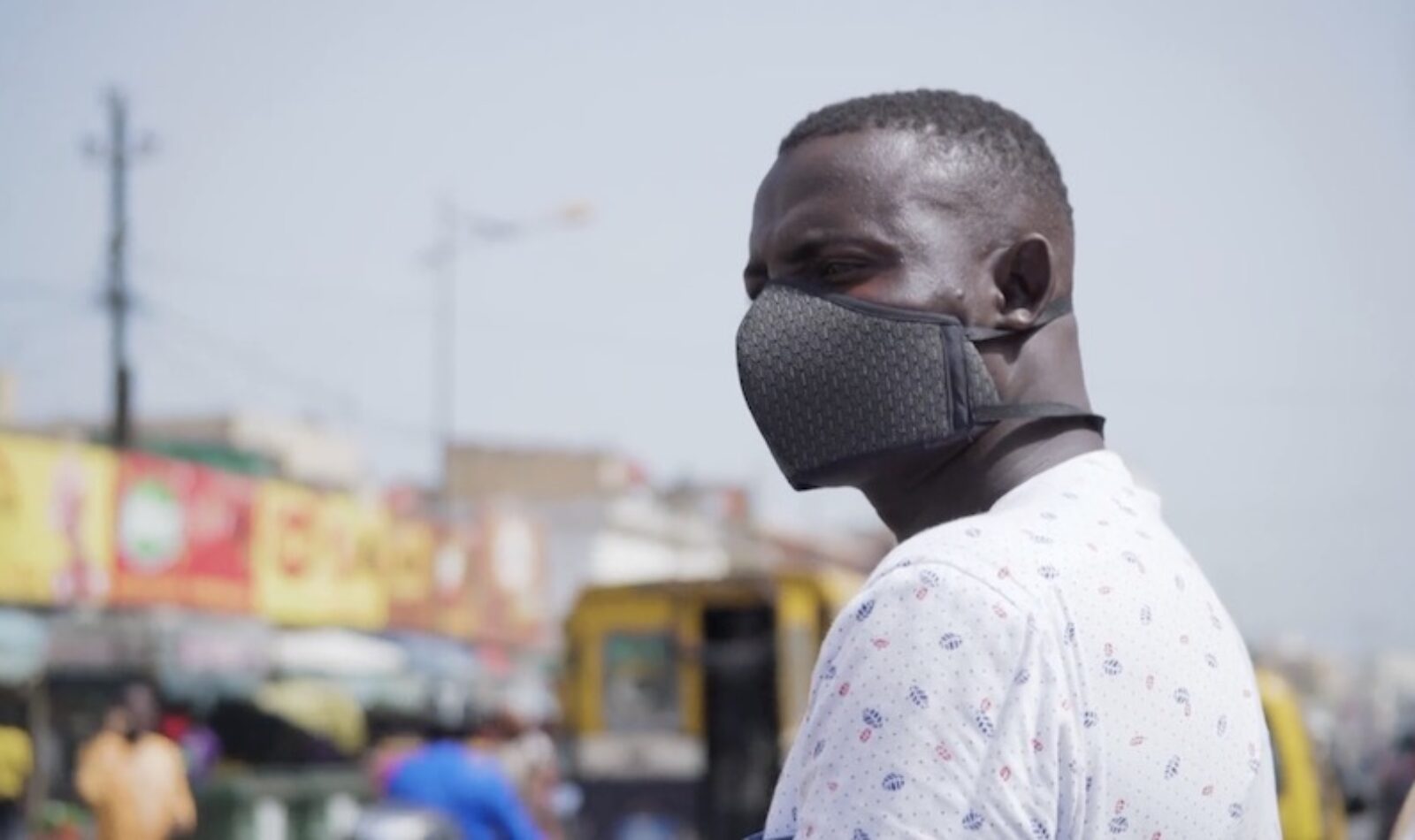 Judy Woodruff: for much of the pandemic, New Zealand has been praised—and recently ranked number one in the world—for the effectiveness of its response.   Perhaps more notable in that ranking—by Foreign Policy Magazine—was the country that came in second:  the West African nation of Senegal. Special correspondent Fred de Sam Lazaro has our report.  It’s part of his series: Agents for Change

Fred de Sam Lazaro: Music is one of Senegal’s best-known exports and an array of its stars quickly came together in song early in the pandemic, led by grammy award winner Youssou n’dor…

Youssou n’dor: come fight this fight, we can do it…

Fred de Sam Lazaro:  we can do it, they sang, and from all accounts, they have done it, at least thus far.  A nation of 16 million Senegal has seen just over 17,000 covid cases—and a relatively low 355 deaths.  Experts say it reflects this former french colony’s decades of experience fighting infectious disease

Dr. Amadou sall: we have been facing several epidemic in our country, but also helping other countries…//we are into that business in Senegal for more than 125 years…// this preparedness and preparation to set up a good early warning systems has been also critical.

Fred de Sam Lazaro: dr amadou sall heads the Dakar-based pasteur institute, a world-renown laboratory that’s been at the frontline of infectious disease—dengue, zika and yellow fever, for which it was an early developer and producer of vaccines.  Most recently, ebola gave Senegal a rehearsal for covid… in 2014 as ebola killed thousands in neighboring countries, Senegal mobilized swiftly, containing it to just one case

Similarly with covid, Senegal shut down its land borders as well as air travel.  It launched campaigns to improve hygiene and imposed curfews.  Those slowed but, critically, did not shut down the economy, says bilali camara, an infectious disease physician with the united nations

Dr. Bilali camara: the guiding//step which they have undertaken since the beginning is to// get really the right balance between the economic issues and the public health issues.

Experts also give Senegal’s government high marks for how it is communicating with the public.

Each morning, the health ministry announces daily infections and deaths by location—along with any relevant news updates.  That messaging  been critical to earning public confidence says pasteur’s dr. Sall

Sall: I think//transparency and communication has been extremely important// there is a credibility of the authorities in discussing openly what’s happening,

Fred de Sam Lazaro: and in this predominantly muslim nation, that credibility is significantly enhanced when the message also comes from  mosques, says the un’s Dr. Camara

Camara: traditionally Senegal has had this reputation, actually, to listen to their religious leaders.

Fred de Sam Lazaro:  and you say /that if you want to bring large scale behavior change, you need to consult with religious leaders and the government has done that in this case? Yes.

Fred de Sam Lazaro: after closing for several weeks early on, mosques were reopened in may and religious leaders promised strict adherence to safety protocols

This large Dakar mosque looks pretty crowded during friday services but has actually restricted occupancy to a fourth of its 8000 person capacity.  So far there have been no infection spikes tied to  any religious gatherings. Abdou kadre fall is an elder

Abdou kadre fall: everyone brings their own mat and we keep our distance, use the alcoholic hand gel//it is a source of pride for us that the faithful heed the recommendations that come from the religious leaders and the authorities…

Fred de Sam Lazaro: however, despite efforts to keep the economy going, the pandemic has taken its financial toll

Male 1: covid has put the country in slow motion.  We were struggling financially, now it’s a disaster…

Male 2: it is difficult for us taxi drivers, since people are not going out much any more…

Female: we are used to going out in the street to the market, to be close to each other.  But covid changed all that.  I want to tell the world that doing all these things will beat the disease…

Fred de Sam Lazaro: meanwhile the pasteur institute is working with a british biotech company on a low-cost home test kit for covid and it hopes to be tapped to manufacture vaccines when their production is scaled up

Sall: I just want to come back to this vaccine accessibility, which is critically important//and that can be done and make possible only if you have a consensus of the global level

Fred de Sam Lazaro:  to bring this global pandemic under control, he says it’s critical that africa not be elbowed out by wealthier nations in the scramble for available vaccines.

For the pbs newshour, this is Fred de Sam Lazaro

A nation of 16 million Senegal has seen just over 17,000 covid cases—and a relatively low 355 deaths.  Experts say it reflects this former French colony’s decades of experience fighting infectious disease. The Dakar-based Pasteur Institute is a world-renown laboratory that’s been at the frontline of infectious disease—dengue, zika and yellow fever, for which it was an early developer and producer of vaccines.

Clear communication
and guidance from religious leaders has been an asset in the fight against COVID-19.

“Everyone brings their own mat and we keep our distance, use the alcoholic hand gel… it is a source of pride for us that the faithful heed the recommendations that come from the religious leaders and the authorities.”