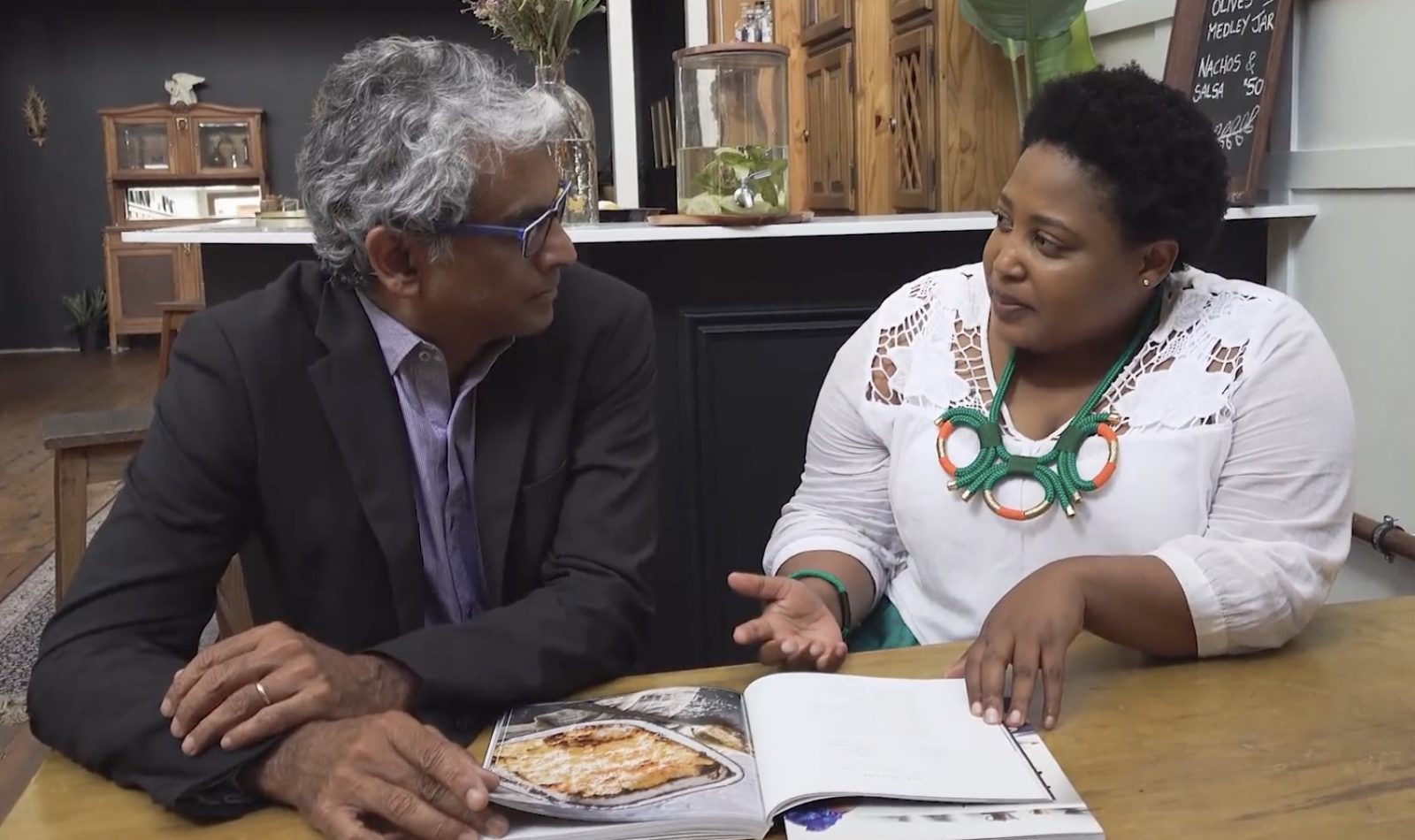 Chef Zola Nene works to bring South Africa together, one bite at a time.
Play Story
Subscribe to Stories

Judy Woodruff:This year marks the 25th anniversary of democratic rule in South Africa and the end of apartheid.A new generation of black South Africans, who grew up without the limitations of segregation, are now transforming the cultural landscape.Special correspondent Fred de Sam Lazaro reports on one chef’s quest to bridge the country’s racial divide one bite at a time.It’s part of our Canvas series on arts and culture.

Fred de Sam Lazaro:At 35, with two bestselling cookbooks and a prime-time TV show, Zola Nene is at the top of her game. When she first emerged on South Africa’s culinary scene in 2009, she says there were few people in professional kitchens that looked like her.

Zola Nene:It’s a male-dominated industry. So I was very aware that being a female trying to sort of break into this industry was already a hurdle. And then being a female of color was, you know, even a secondary hurdle.

Fred de Sam Lazaro:Nene says a sheltered upbringing gave her the confidence to be persistent.

Zola Nene:I was never aware of, like, the discrimination that was happening around me. I think that my parents worked really hard to protect us from that.

Fred de Sam Lazaro:Nene spent the first 10 years of her life under apartheid, but it was only later, in school, that she learned about the segregationist laws of the white minority government.

Zola Nene:And I remember going home.And I was like, to my mom, I was like, they’re teaching us the most unbelievable stuff. Like, did this really happen? And that was the moment when my mom was like, OK, now you’re learning about it, and let me tell you about the things that we had to go through, the fact that we had to get permission to walk in certain neighborhoods.

Fred de Sam Lazaro:Nene credits her parents for raising her with the belief that she could do anything she wanted.

Zola Nene:It makes me, like, a little bit teary and emotional to, like, I think about it. I always feel like there’s no real room for me to fail because I have been given so much opportunity.My dad is like a completely self-made, self-educated man who comes from extreme poverty.

Fred de Sam Lazaro:Her father put himself through school and went to work in the petroleum industry. When Nene told him she wanted to cook, he sent her to England, where she worked in a restaurant in Cheshire.

Zola Nene:They saw my eagerness. By the end of my two years there, I was head of the pastry section. And by then, I realized this is exactly what I wanted to do.

Fred de Sam Lazaro:She returned to South Africa to study culinary arts, thinking she could focus on her African roots, but she says she found little that was African in the curriculum.

Fred de Sam Lazaro:French cuisine and methods may be an aspiration for many chefs and consumers, but she says black African food is very much in the comfort zone of all South Africans, including whites.

Zola Nene:My paternal grandmother was a domestic worker, so a lot of people who potentially run the kitchens grew up with a nanny who was black, who taught — you know, who fed them black foods. Yet somehow there’s still like a disconnect.

Fred de Sam Lazaro:In her cook books, Nene is trying to change that disconnect with recipes that fuse European and her own Zulu and other regional black cultures.The one that caught my eye was a pap lasagna. What is the pap lasagna?

Zola Nene:OK, so pap is what we make out of Mealie meal. And maize meal is like a sort of staple ingredient across all the cultures in South Africa.

Zola Nene:Exactly. To sort of, like, Africanize a Western dish, I think is really fun.

Fred de Sam Lazaro:Nene took us to experience one of the exceptions. South African grits, creamed and with cheddar.

Zola Nene:So, I’m going to let you try it, because, obviously, I have had it often.

Zola Nene:It’s — right? It’s one of my favorite sort of traditional ingredients that I grew up with my mom making — using, and my grandmother using.

Fred de Sam Lazaro:Nene says she’s proud to have played a role in blazing a trail for other women of color.

Zola Nene:There are more female faces, black faces, you know, in the culinary industry for people to actually be like, oh, I can see that. That’s a person that looks like myself. I can do that.

Fred de Sam Lazaro:But, despite progress, Nene says her country remains a highly unequal society. The rate of black unemployment, for example, is still five times that for the white minority. It has economic problems and corruption scandals.But through it all, Nene says, she remains optimistic about South Africa.

Zola Nene:Our history may be painful and maybe sordid, but the fact that we have overcome a lot of those things makes us so much stronger as a country. I think it’s an ongoing process, this democracy thing.

Fred de Sam Lazaro:As it sorts out its myriad divisions, Nene says there’s one place all South Africans can come together to bridge them: the kitchen.For the “PBS NewsHour,” this is Fred de Sam Lazaro in Cape Town.

Most fine dining in South Africa is European, not the traditional South African food found in homes across the country. Now a best-selling author and television personality, Nene aims to fuse the two.

“I was very aware that being a female trying to sort of break into this industry was already a hurdle. And then being a female of color was, you know, even a secondary hurdle.”

Zola nene
Nene credits her parents for raising her with the belief that she could do anything she wanted.

I was never aware of the discrimination that was happening around me. I think that my parents worked really hard to protect us from that. 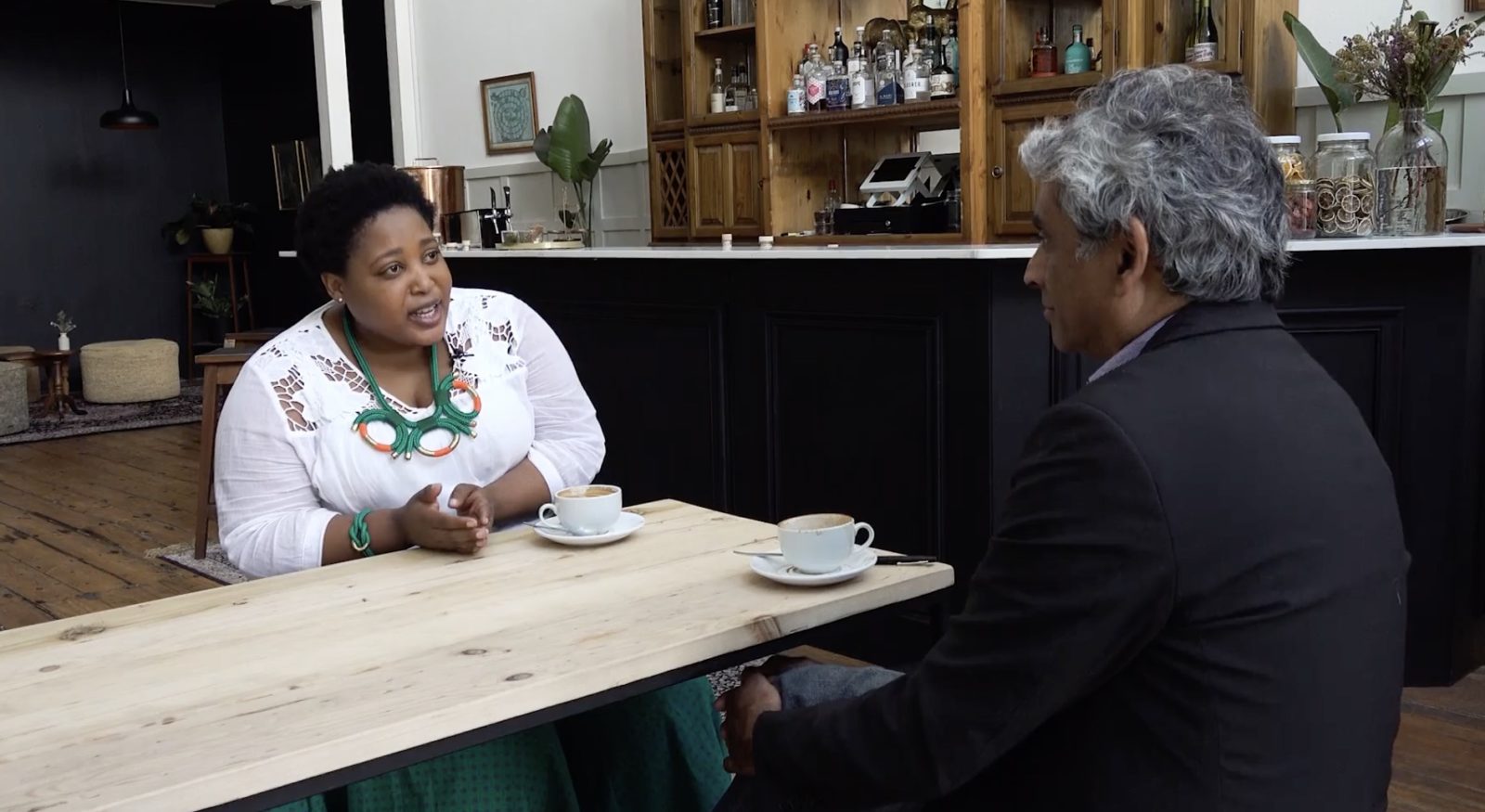 “(South African) history may be painful and may be sordid, but the fact that we have overcome a lot of those things makes us so much stronger as a country.”