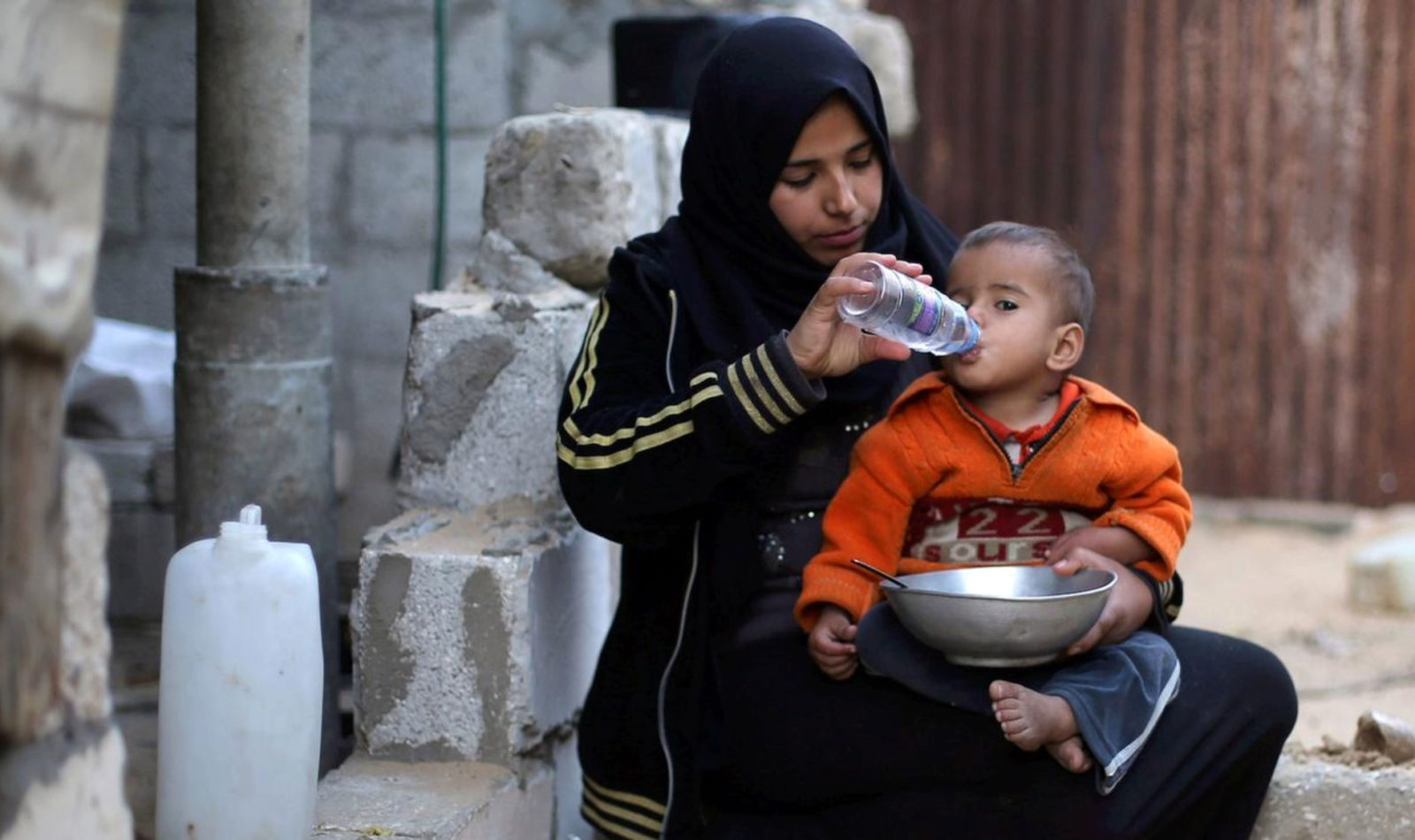 Inside Gaza, which may be uninhabitable by 2020
Play Story
Subscribe to Stories

Last night, we began our series on the Middle East’s water crisis in Israel.

Tonight, special correspondent Fred de Sam Lazaro reports from the Gaza Strip, a region the United Nations predicts will be uninhabitable by next year, partly due to the severe shortage of water.

Twice a week, Khamis Al Najjar and his wife, Madlain, go down the street to a municipal water station to fill containers of drinking water for their family of nine, including six children and Madlain’s mother.

The water costs nearly a third of the monthly government stipend on which they survive. Khamis lost a leg in a construction accident years ago and is unable to work.

We are really suffering with the water situation right now.

The water is not only costly. It’s often polluted. The United Nations says just 10 percent of Gaza’s two million people have access to safe drinking water.

My children get sick because of the water. They suffer from vomiting, diarrhea. Often, I can tell the water is not clean, but we have no other option.

Ninety-seven percent of Gaza’s freshwater supply is unsuitable for human consumption. The underground aquifer that has long supplied freshwater to Gaza has been overdrawn. The void has been filled with seawater and untreated sewage.

Eighty to 85 percent of people here don’t pay their water bills because a majority of the people live in poverty. And the municipality doesn’t have the ability to pay for fuel to keep the water pumps running.

Along the beach each day, young men drag in a meager catch. Food is scarce, they said. Unemployment in Gaza is over 40 percent, over 60 percent among young people.

It is one of the most significant consequences of Israel’s 11-year blockade of the Gaza Strip, which followed the election of the militant Islamist party Hamas.

Cross-border skirmishes are common here. Everything from Hamas rockets to smaller improvised explosive devices attached to balloons are lobbed at Israel. Each time, it provokes a vigorous Israeli military response.

Israel has also severely restricted the flow into Gaza of equipment and supplies. Uri Shor of Israel’s Water Authority says seemingly innocuous supplies for infrastructure, cement, for instance, are often diverted. Others are weaponized.

If they want to bring in Gaza something that might also be turned against Israel as building rockets or as building tunnels, of course, we have a problem with that.

The standoff has greatly hindered efforts to address the water crisis.

Back in Gaza, this $10 million desalination plant, built with European aid, is the first installment in a large project to bring clean water to the Strip. But fuel and electricity supplies, controlled by Israel, allow it to operate only about four hours a day.

A large solar array that could fill the gap sits idle because cables to connect it have been held up at the border, says Gaza Water Authority Director Monther Shoblaq.

Without real cooperation and coordination and approvals between Palestinians, Israelis, and especially from the Israeli, this project will not be materialized.

But a lack of water in Gaza isn’t the only issue.

The blockade has created a massive sanitation crisis here in Gaza, where, every single day, 110 million liters of sewage, raw and untreated, are discharged directly into the Mediterranean, into the very waters that feed the desalination plants in Israel, which are visible from here, barely five miles up the coast.

The Ashkelon desalination plant produces on its own 15 percent of Israel’s domestic drinking water.

On the Israeli side, I met Gidon Bromberg, co-director of an environmental group called EcoPeace, which tries to broker cooperation among all parties.

The water security of Israel is very much connected to the water and sanitation situation in Gaza. The Israeli military can build a fence around Gaza. We can say to the public that we are disengaging from Gaza, but the environment doesn’t allow us to actually do that.

EcoPeace uncovered, and widely publicized satellite imagery confirming that pollution from Gaza was affecting the Ashkelon plant and at times forcing it to close.

He said the situation also imperils the health of Israelis living near the Gaza border.

We used our connections with the mayors, with the Israeli mayors, here around Gaza to come out and write a letter to the prime minister that we, the people, who have been at front line of rockets from Gaza refuse to be at the front line of potential pandemic disease.

But again fuel shortages still hinder its operations. Once again, politics has gotten in the way, Bromberg says, in this case, internal Palestinian rivalries, in which the Fatah Party of President Mahmoud Abbas has resisted bring electricity into Gaza to punish Hamas.

In Gaza, electricity, water is also hereto being used as a tool in the internal political fights.

There are — our women, they are delivering blue babies because of the nitrate in the water. So, all people punishing our people in Gaza.

Amid all the intransigence, the U.N. predicts that, at this rate, Gaza will become uninhabitable by 2020.

We pump the water so there are these water tanks as a storage.

International aid agencies are trying to help with the water crisis. Oxfam recently opened a pilot desalination plant. It plans to rehabilitate 45 similar facilities that have fallen into disrepair across Gaza, says spokesman Mohamad Ammar.

In this project, we target 1,200 households and more than 6,000 individuals. In general, our plan is to target half-a-million in the coming two years.

We drank contaminated water for a long time, until Oxfam came and gave us clean water.

The Lubad family is one of the lucky early recipients. Once every two weeks, Oxfam fills their small rooftop tank with 130 gallons of desalinated water.

Absent a political solution, it appears, Gaza’s ocean-size crisis is being addressed a few gallons at a time.

Fred’s reporting is in partnership with the Under-Told Stories Project at the University of St. Thomas in Minnesota.

In the Gaza Strip, 97 percent of freshwater is unsuitable for human consumption, and raw sewage pours into the Mediterranean Sea. Facilities for desalinating and treating water function on only a limited basis, as Israel controls the flow of fuel and supplies into the region. But Israelis, too, could face consequences from contaminated water.

97%
of Gaza’s freshwater is undrinkable 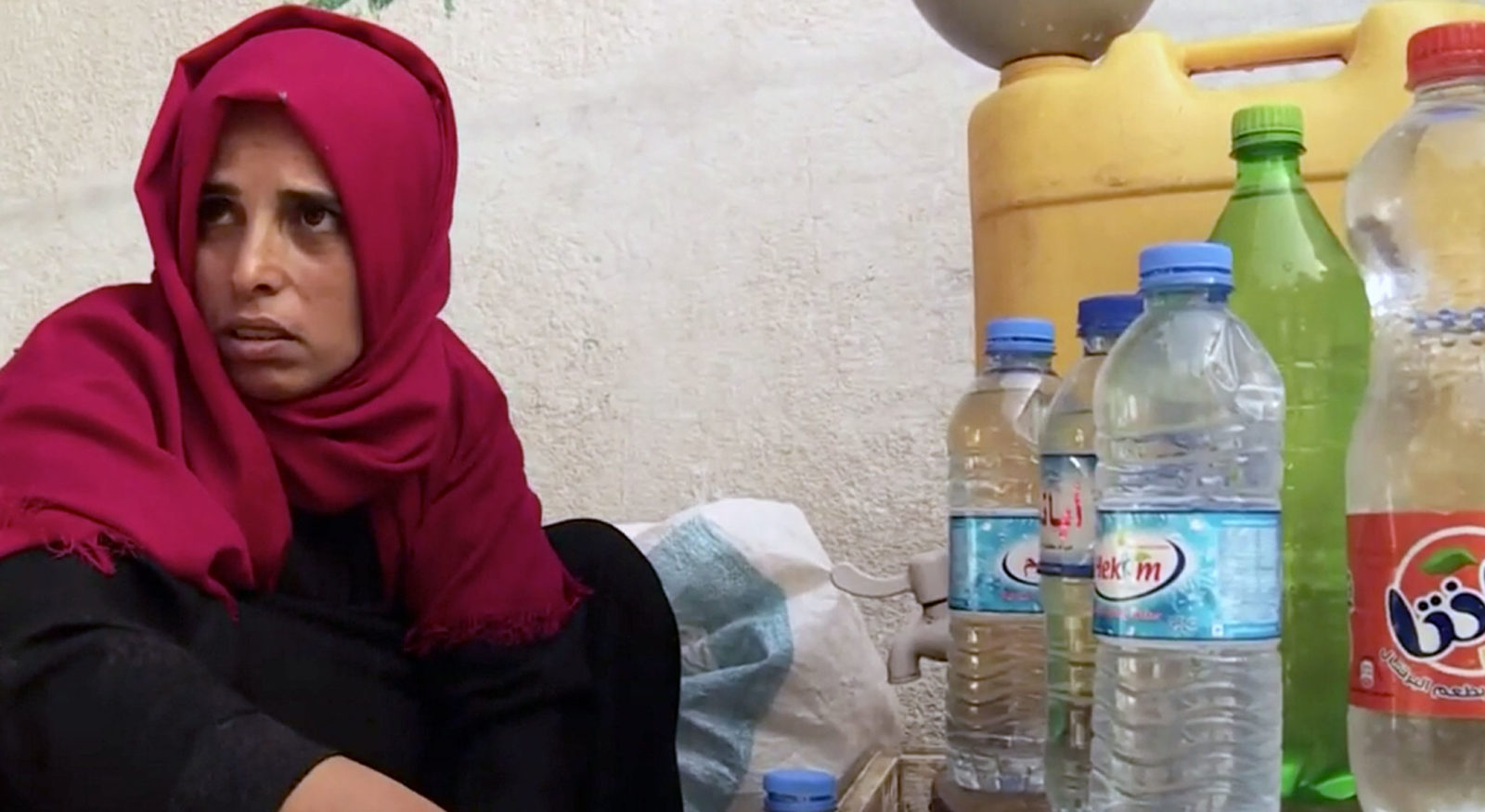 Gaza’s Importance
The water security of Israel is very much connected to the water and sanitation situation in Gaza.

“The Israeli military can build a fence around Gaza. We can say to the public that we are disengaging from Gaza, but the environment doesn’t allow us to actually do that.” EcoPeace uncovered, and widely publicized satellite imagery confirming that pollution from Gaza was affecting the Ashkelon plant and at times forcing it to close. He said the situation also imperils the health of Israelis living near the Gaza border