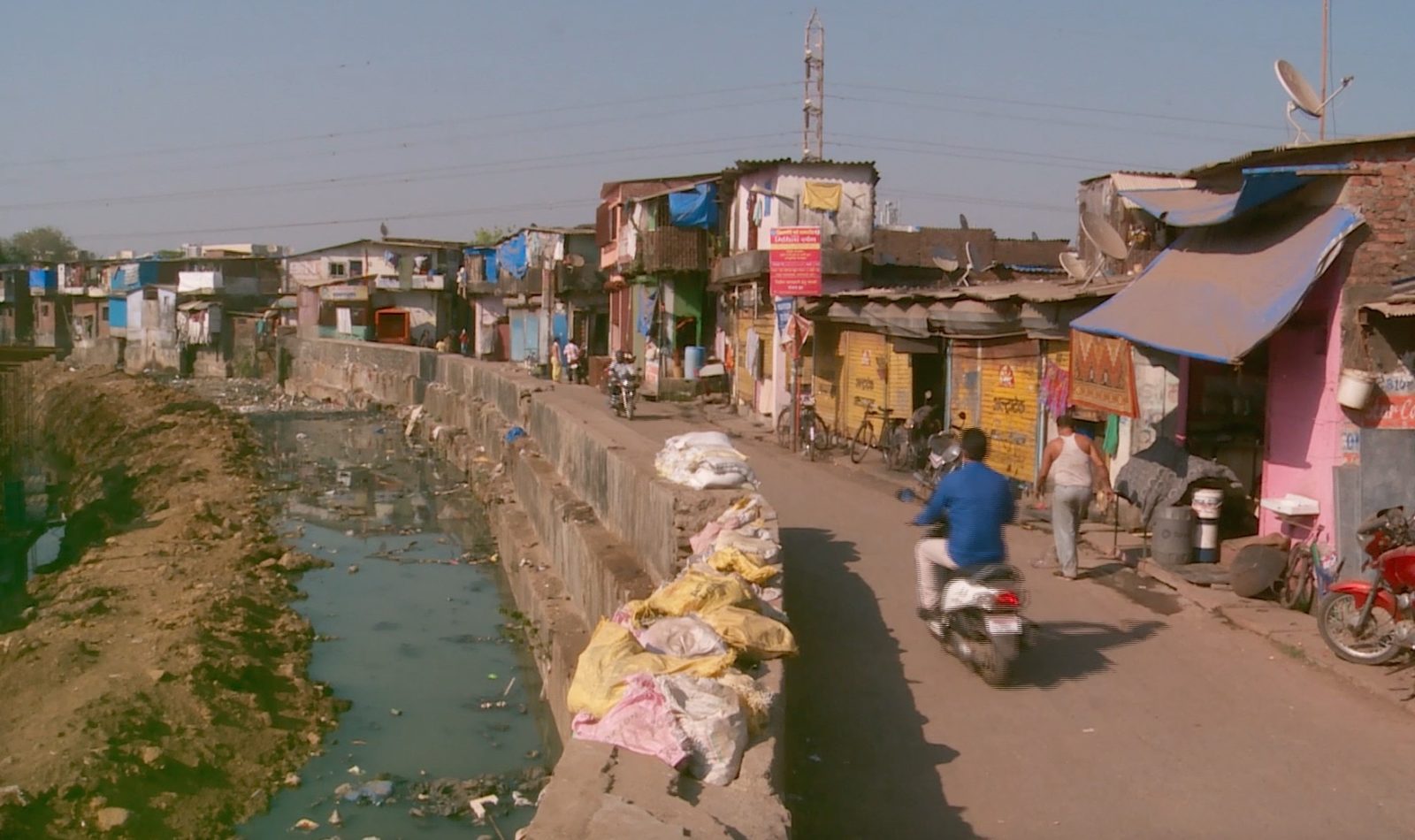 JUDY WOODRUFF:Next: bringing dignity to people who live in the poorest housing in India and across the world.Fred de Sam Lazaro has a report from Mumbai on a man who founded the movement Slum Dwellers International. It’s part of our agents for change series.

FRED DE SAM LAZARO:Few cities display a wider gap between haves and have-nots than Mumbai or Bombay. Real estate here is costlier than Manhattan, yet two-thirds of this city of 16 million people live in slums, crammed spaces that are technically illegal and by most measures unfit or unsafe for human habitation.It’s here that Jockin Arputham is a towering figure, even though he’s barely 5 feet tall. His efforts have helped nearly 40,000 families get out of dangerous and unsanitary improvised shelters to complexes like this one, which is now providing new homes for squatters who are living under electric towers.So you have 600 families here?

FRED DE SAM LAZARO:Six hundred. And how — OK. how much of a dent does that make? Are there are many more families who still need to be rehabilitated?

JOCKIN ARPUTHAM:There are about 3,000 families to be rehabilitated in this kind of scheme.

FRED DE SAM LAZARO:And this is just people who are squatting in electric towers?

FRED DE SAM LAZARO:The apartments may not look like much, one 225-square-foot room, but of brick and mortar, instead of plywood or tarp. They have running water and something the majority of Bombay’s residents don’t, a private toilet.Of all the indignities suffered by slum dwellers, Arputham says none is more humiliating than not having a toilet, private or public.

JOCKIN ARPUTHAM:It is the dignity. If you don’t have a toilet, what does that mean?

FRED DE SAM LAZARO:He knows it firsthand, he says, having migrated to the city 50 years ago from South India with almost no formal education and no money. He began to organize neighbors in the 1970s, and the group Slum Dwellers International went global in the ’90s, fighting to gain recognition for slum residents as citizens in legitimate communities.Too often, he says, the urban poor have been stereotyped as lazy and criminal.

JOCKIN ARPUTHAM:Everybody, every house has one person meaningfully earning.

FRED DE SAM LAZARO:And they come from all over the country?

JOCKIN ARPUTHAM:All over, all over the country.

FRED DE SAM LAZARO:The key to the group’s progress has been organization, by rallying and banding together diverse slum populations. Their large numbers have forced often-indifferent government bureaucrats to take notice.

FRED DE SAM LAZARO:They have used guerrilla tactics, nonviolent, they insist, to push for their rights or for basic amenities like water hookups. If the city ignores or takes too long to respond to their requests, Arputham takes on the task himself.

JOCKIN ARPUTHAM:I’m going to break open water tap, giving the connection to them.

FRED DE SAM LAZARO:You’re going to tap into the pipes?

JOCKIN ARPUTHAM:I’ve done it 1,000 times. When the police come, I put children in the first, then women.

FRED DE SAM LAZARO:Today, he says there’s no trouble getting the electric utility to fund relocation for squatters who have lived under their towers or getting campaigning politicians to support the group’s push for upgraded housing and especially public toilets.

JOCKIN ARPUTHAM:This is for a little more than around 600 families.

JOCKIN ARPUTHAM:Who don’t have a toilet.

FRED DE SAM LAZARO:When he began building community-run public toilets like this one 25 years ago, the funds mostly came from foreign aid agencies, he says.

JOCKIN ARPUTHAM:Now the city government, municipal corporation totally pays for the capital investment of this construction.

FRED DE SAM LAZARO:So far, they have completed or have contracts to build toilets serving some 600,000 people. They are run by the community with user fees, about 2 U.S. cents per day for a family.A family, in this case Mamta and Dalsher Bidlan, is hired to maintain the facility in exchange for a small apartment above the structure.Mamta Bidlan says having toilets so close to home means a lot for women, to whom this has long been a safety issue.

MAMTA BIDLAN, Toilet Manager (through interpreter):The women had to go a long distance before, and there were bad men hovering from outside that would create problems. Now it’s very easy for women to come here.

FRED DE SAM LAZARO:Arputham credits much of the organization’s success to its mostly female volunteers. Women have the right priorities for their families, he says, and they are keenly tuned in to goings-on in the community.

JOCKIN ARPUTHAM:If you want a qualitative change in life, you have to take it from women. If you don’t recognize that, you are lost.

FRED DE SAM LAZARO:The women volunteers were mostly stay-at-home spouse, by tradition, not choice. They say their lives have been transformed.

MALATI AMRE (through interpreter):Women have gotten ahead now. In years past, women used to be afraid of leaving the home. We’ve been able to get them out of the home by forming an organization.

POOJA RAO (through interpreter):I used to be afraid of leaving the house, afraid of living in the neighborhood. Now I’m ready to do much more. He’s given us the courage. He’s taught us how to organize ourselves, how to deal with the police.

FRED DE SAM LAZARO:Police, who were once indifferent or even hostile, are now much more receptive and in fact partners with the Slum Dwellers group, providing space for a new system of arbitration, so disputes over property or domestic issues don’t escalate to require arrests or court intervention.

WOMAN (through interpreter):OK, we have heard your story. Now we’ll invite him in and see what he has to say.

FRED DE SAM LAZARO:Slum Dwellers International now has chapters in 34 countries in Asia, Africa and South America. The success, though is dwarfed by the tasks they face in a world where a majority now lives in cities.In Mumbai alone, perhaps nine million people still occupy unimproved slums or the sidewalk.This is Fred de Sam Lazaro in Mumbai, India, for the PBS NewsHour.

Slum Dwellers International, an advocacy organization started in India, has had success rallying large numbers of marginalized people to push for their rights and get basic amenities like toilets, electricity and permanent shelter. Special correspondent Fred de Sam Lazaro talks with founder Jockin Arputham about his lifelong calling to improve living conditions and empower communities. 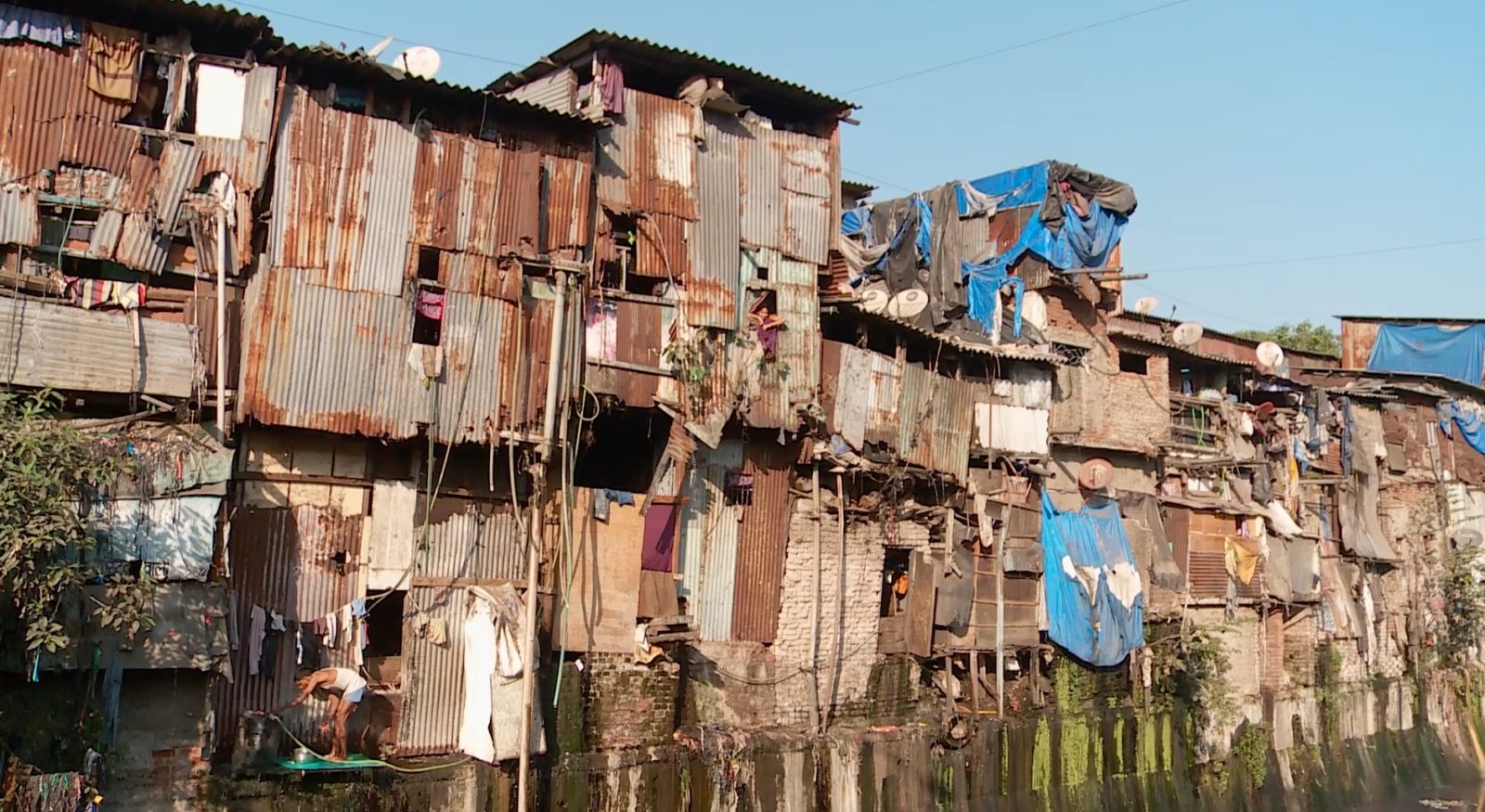 Stay at home wives by tradition, not choice

Founder Jockin Arputham credits much of Slum Dwellers International’s success to its mostly female volunteers, who have an opportunity to be more than homemakers.

“If you want a qualitative change in life, you have to take it from women. If you don’t recognize that, you are lost.”