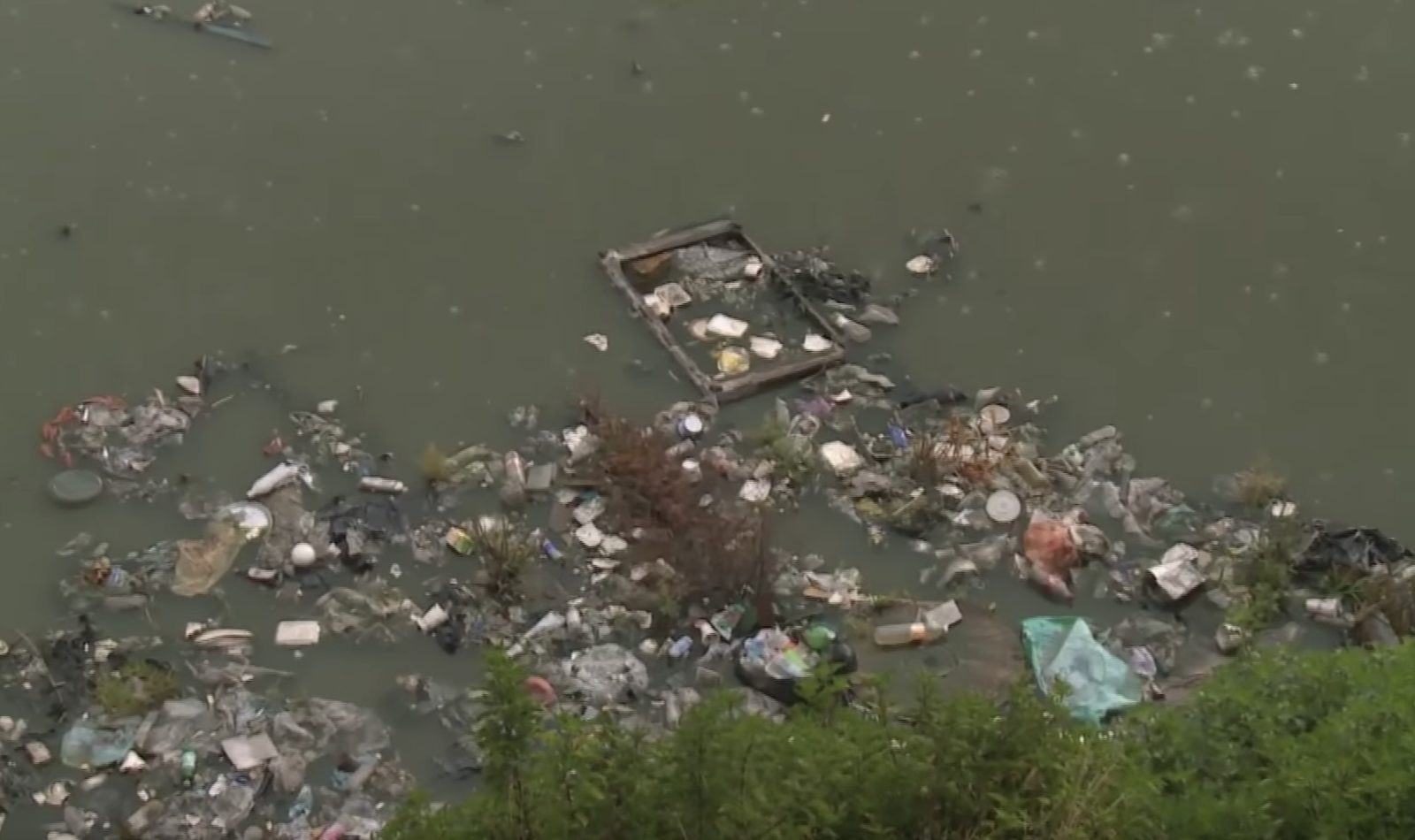 An inefficient and inconvenient system leaves many without water.
Play Story
Subscribe to Stories

GWEN IFILL:Violent protests continued in Mexico today. Demonstrators clashed with police in Acapulco, as anger mounted over the disappearance of 43 students.Late last week, three men detained in the case admitted to setting fire to the victims. Government investigators said they found dozens of charred bodies. They are still working on confirming the identities.Many throughout the country have been critical Mexican President Enrique Pena Nieto’s response.Tonight, we take a look at another less attention-getting, but still severe, issue facing Mexico, the water shortage in its capital city.”NewsHour” special correspondent Fred de Sam Lazaro filed this report, part of our series Agents for Change.

FRED DE SAM LAZARO:Every day, long lines of water tankers fill up at pumping stations, 4,000 gallons on each truck, enough for two homes for about a week.It’s not an emergency or drought. This is normal practice in Mexico City. With a population of 22 million, it’s like filling a swimming pool with a teacup.Environment scientist Juan Jose Santibanez did the math for one large neighborhood.

JUAN JOSE SANTIBANEZ, Environment Scientist (through interpreter):In Iztapalapa, there are 1,000 trucks distributing water to two million people, which is nowhere near enough to meet the needs of those people.

SYLVESTRE FERNANDEZ (through interpreter):Sometimes, it takes or up to five days after we request it. And sometimes we can’t buy other things, like diapers for the baby, because we have to pay for water.

FRED DE SAM LAZARO:The alternative, really the only choice for many of the poorest is self-service from a municipal tap.Amelia Segura Trudges down and then back up a steep mountain, jerricans on the back of three donkeys, which her husband, Andulico Bonilla, helps unload.

ANDULICO BONILLA (through interpreter):It’s really hard. It takes 20 minutes to go down the hill, and then we have to walk back up. We collect enough for about three days when it rains. When it’s dry, we need more.

FRED DE SAM LAZARO:The city struggles to meet the pressing demand. Water is pumped up from aquifers and also piped in from a neighboring province. Its purified in plants like this, but here there’s also a shortage of trust. Mexicans consume more bottled water than any other nation.One reason is that less 10 percent of the metro area’s sewage is treated. The rest flows in open canals, often washed up with rains that flood this bowl-shaped city, overwhelming many homes in poor neighborhoods.These pictures are from a film documentary called “H2Omx.” The director, Jose Cohen, said he wanted to inject a sense of urgency about this growing crisis.JOSE COHEN, Documentary director: We found out that it’s an extremely serious health emergency, and there is a lot of social injustice going on.

JUAN JOSE SANTIBANEZ (through interpreter):There is a very high probability that, by 2020, there will be a mini-revolution, at least in Mexico City.

FRED DE SAM LAZARO:No one disagrees the dwindling supply and growing population are leading to a severe crisis. Yet there seems to be little momentum to do something about it. For one thing, where to start?Work crews are shutting off the water supply to this neighborhood so they can plug a leak a few hundred yards down the street. The problem is not that there are a few big leaks, but rather thousands of small ones across miles and miles of underground piping. Mexico City loses 1,000 liters of water per second through this system.

JOSE COHEN:Forty percent of the water that is available to the valley is lost to leaks.

FRED DE SAM LAZARO:Almost half of it.

JOSE COHEN:Almost half of it. And 60 percent of the water that we use comes from the aquifer, the one that is drying.

FRED DE SAM LAZARO:Not only do people not get water. Extracting it from aquifers below is causing the ground to sink.You see evidence of it in buildings that are tilting precariously, as this one is doing in the basilica of Guadalupe Complex, one of Mexico City’s most historic landmarks. Geologists say this city has sunk more than 40 feet in the last half-century.Enrique Lomnitz moved back to his native Mexico from the U.S. five years ago, anxious to put his industrial design degree from MIT to work.

ENRIQUE LOMNITZ:This part of the city gets very high rainfall. It gets up to 1,500 millimeters. So a house like the one we’re in right now, for example, has 240 meters of roof, which is about enough for two low-income families to go all year.

FRED DE SAM LAZARO:In five years, Lomnitz’s group has installed 1,500 such systems, not many, he admits, but there are big obstacles. Homeowners simply can’t or won’t pay the $1,000 cost. As for the government helping out?

ENRIQUE LOMNITZ:I have had people ask me for bribes, for example. They could put up a couple hundred thousand rainwater harvesting systems in their municipality, and they will basically say, you — this project will go to you, but, you know, what’s going to come to me?

ENRIQUE LOMNITZ:So, as soon as people take office, they’re actually looking for a future somewhere else. I think if all of the buildings were harvesting rainwater, I think we’d be talking about at least something like 30 percent of the city’s water needs could be coming from rainwater harvesting.

ENRIQUE LOMNITZ:But Ramon Aguirre, who heads the city’s water department, thinks that number is much lower, since rainfall varies widely across the city.

RAMON AGUIRRE, Director, Mexico City Water Department (through translator):It is less than 10 percent, and that is being generous. To build infrastructure to capture the water, store the water, purify the water, it’s just not financially viable.

RAMON AGUIRRE (through interpreter):We’re talking about collecting rainwater, fixing the leaks in the whole system, increasing the use of recycled water, which can be used for bathing and recharging the aquifers and generally lowering consumption of water.

FRED DE SAM LAZARO:The problem? A price tag that is four times the amount of money he gets in his department.

RAMON AGUIRRE (through interpreter):Water is a basic service, and it’s very politicized. We have one of the lowest rates in the country, when we should have some of the highest, but they are politically set. To compensate for that very low rates, we need very big subsidies from the government, which we don’t get.

FRED DE SAM LAZARO:So, for the foreseeable future, he expects to worry more about containing social unrest, dispatching more tanker and repair trucks, like he does today, than about the long-term problems that are literally sinking one of the world’s largest cities.In Mexico City, I’m Fred de Sam Lazaro for the “NewsHour.”

GWEN IFILL:Fred’s reporting is a partnership with the Under-Told Stories Project at Saint Mary’s University of Minnesota. 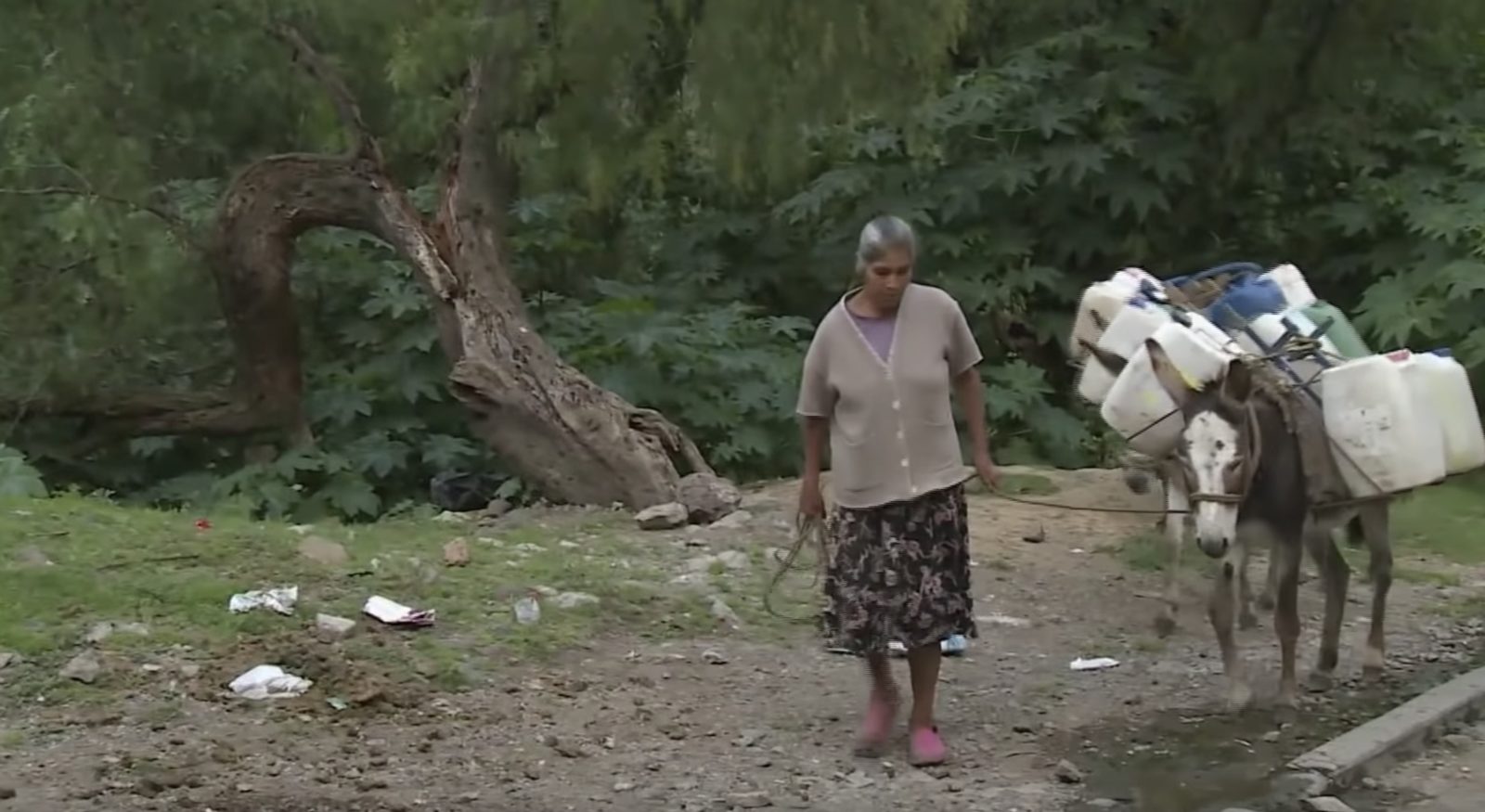 Getting water themselves from a municipal tap is the only choice some poor people have.

Mexico consumes more bottled water than any other country.

Infrastructure to catch rainwater is one option, but corruption and cost are hindering efforts.