Volunteers from some of the world’s biggest food producers are working to help African nations become less dependent on imported goods.
Play Story
Subscribe to Stories

Judy Woodruff: Now, a look at the value of knowledge. Volunteers from some of the world’s biggest food producers are working to help African nations become less dependent on imported goods. Special correspondent Fred de Sam Lazaro reports from Kenya as part of his series, “Agents for Change.”

Fred de Sam Lazaro: Pauline Kamau has survived against tall odds, owner of a successful 20 year old milling business called Sopa, with 30 employees producing half a dozen blends of the staple maize flour. But 15 years ago, when her husband and cofounder, Peter, died suddenly, she was devastated and struggled for years to keep afloat.

Pauline Kamau: It was the darkest moment of my life and I didn’t know what to do. I had to remain focused and had to continue with the work.

Fred de Sam Lazaro: She found help from an unlikely source. A nonprofit organization drawn from six of the world’s largest food companies advised her on how to expand, offering things like a business plan, waste reduction strategies and better hygiene practices.

Pauline Kamau: The need for running water in the factory itself, the need to the need to mark different areas for safety purposes. Just basically good manufacturing practices.

Fred de Sam Lazaro: The mentoring group is called Partners in Food Solutions. Its members include well-known giants such as Cargill, Hershey and General Mills, companies that decades ago took food-making from the kitchen to the factory.

Man: Get your easiest, simplest, surest way to baking success.

Jeff Dykstra: Physics is physics whether it’s in Kenya or Minnesota.

Jeff Dykstra: We find that a lot of the stuff we work on is very similar to the same issues that General Mills or Cargill or Hershey’s are wrestling with, it’s just usually at a different scale. So, a lot of the technical problems we’re solving are universal. But that local staff like Johnson are very key to making sure that it’s appropriate technology.

Johnson Kiragu: So, let’s talk about the expansion plan —

Fred de Sam Lazaro: Kiragu, who has a food science degree from Britain, says his team advised Kamau on fortifying her products with vitamins and minerals.

Johnson Kiragu: Thirty-five percent of children not getting enough iron and vitamin A and zinc and other micronutrients which are very important for their development, their brain development.

Fred de Sam Lazaro: Another of the partners group’s early clients was Soy Afric, when it was a small family owned milling company

Jeff Dykstra: We saw a very successful business person but we saw a company that needed technical capacity on everything from quality to like image and branding.

Fred de Sam Lazaro: This cooler is a critical piece of equipment in the manufacturing process and is probably the most tangible example of what the partnership has delivered in this factory. It was designed by engineers in Minneapolis, but put together by welders in Nairobi. The net result? A cost savings of 50 percent. Cornelius Muthuri is the company’s founder.

Cornelius Muthuri: This was a Godsend, I would say. Without it, we would have been producing bad product out there.

Fred de Sam Lazaro: Soy Afric has grown rapidly in recent years into a five million dollar a year company, employing 70 people full time. Critical to the success of companies like Soy Afric are good quality raw materials. But getting those raw materials to factories can be a challenge. Unlike the developed world where a lot of food is wasted after it reaches the table or is thrown out of the refrigerator, in developing countries a lot of the waste happens before it reaches the table. There aren’t enough silos to store a grain harvest to keep out mold or rodents away. There aren’t enough roads so that a small farmer can get his milk to a dairy in time to pasteurize it. Farmer Peter Kimotho (ph) has just two cows. The partners group helped develop improved feed for his animals, which in turn allowed him to become a reliable supplier to another client, the Classic Foods Company. Now, he has a steady income from a customer just two miles away.

Peter Kimotho (through translated): If Classic wasn’t there, I’d have to sell to individual homes and that would be a big challenge. When I supply Classic, I’m paid on a regular basis and that helps me with planning.

Fred de Sam Lazaro: Almost all of the planning and consulting work done by Partners in Food Solutions is done electronically, by telephone and email. Julie Wavinak is a food scientist at Minneapolis-based General Mills.

Julie Wavinak: If I could give my Partners in Food Solutions clients any piece of equipment, it would have been this.

Fred de Sam Lazaro: For one client, she tried to find a low tech solution for equipment she has that can distinguish among various types of flour. It’s critical to the quality of baked goods.

Julie Wavinak: The client I worked for was a co-op. They were essentially milling what could be a cookie flour and what could be a bread flour and using them interchangeably and it’s going to perform pretty terribly.

Fred de Sam Lazaro: Working with her distant clients is a two way street, she says. Not just sharing her expertise but gaining something in return for her and her company.

Julie Wavinak: You still need solve the problems and your own preconceived notions don’t apply. Knowing how to work with those that are from cultures other than your own, changing a formulation and understanding what does the Ethiopian palette look for in a sweet roll, it’s different than what our consumers want.

Fred de Sam Lazaro: For member companies, Dykstra says allowing employees to volunteer, which is done on company time, makes a statement about the employer’s ethos. And he says it’s a tool to attract and keep workers.

Jeff Dykstra: Particularly with millennials, more and more they are asking, how is this company living its values out? And they want to participate in that with their core skills, with their education and know-how.

Fred de Sam Lazaro: So far, more than 1,400 employees have volunteered some 90,000 hours for Partners in Food Solutions, helping nurture some 250 businesses.

Jeff Dykstra: I heard someone say it once that a farmer without a market is a gardener. So, we need food companies like Soy Afric to become that market. They can take those raw materials and turn those into edible goods that consumers can eat, whether that’s a middle-class business person in Nairobi or a kid in a refugee camp in Uganda.

Fred de Sam Lazaro: It’s a small first step toward self sufficiency, Dykstra says. Africa imports about $40 billion a year in food and almost all of it could some day be produced and processed in Africa. For the PBS NewsHour, this is Fred de Sam Lazaro in Nairobi, Kenya.

Judy Woodruff: Fred’s reporting is a partnership with the Under-Told Stories Project at the University of St. Thomas in Minnesota.

Volunteers from some of the world’s biggest food producers, who decades ago took food-making from kitchen to the factory, are offering guidance to African entrepreneurs and helping nations become less dependent on imported food. Special correspondent Fred de Sam Lazaro reports from Kenya. 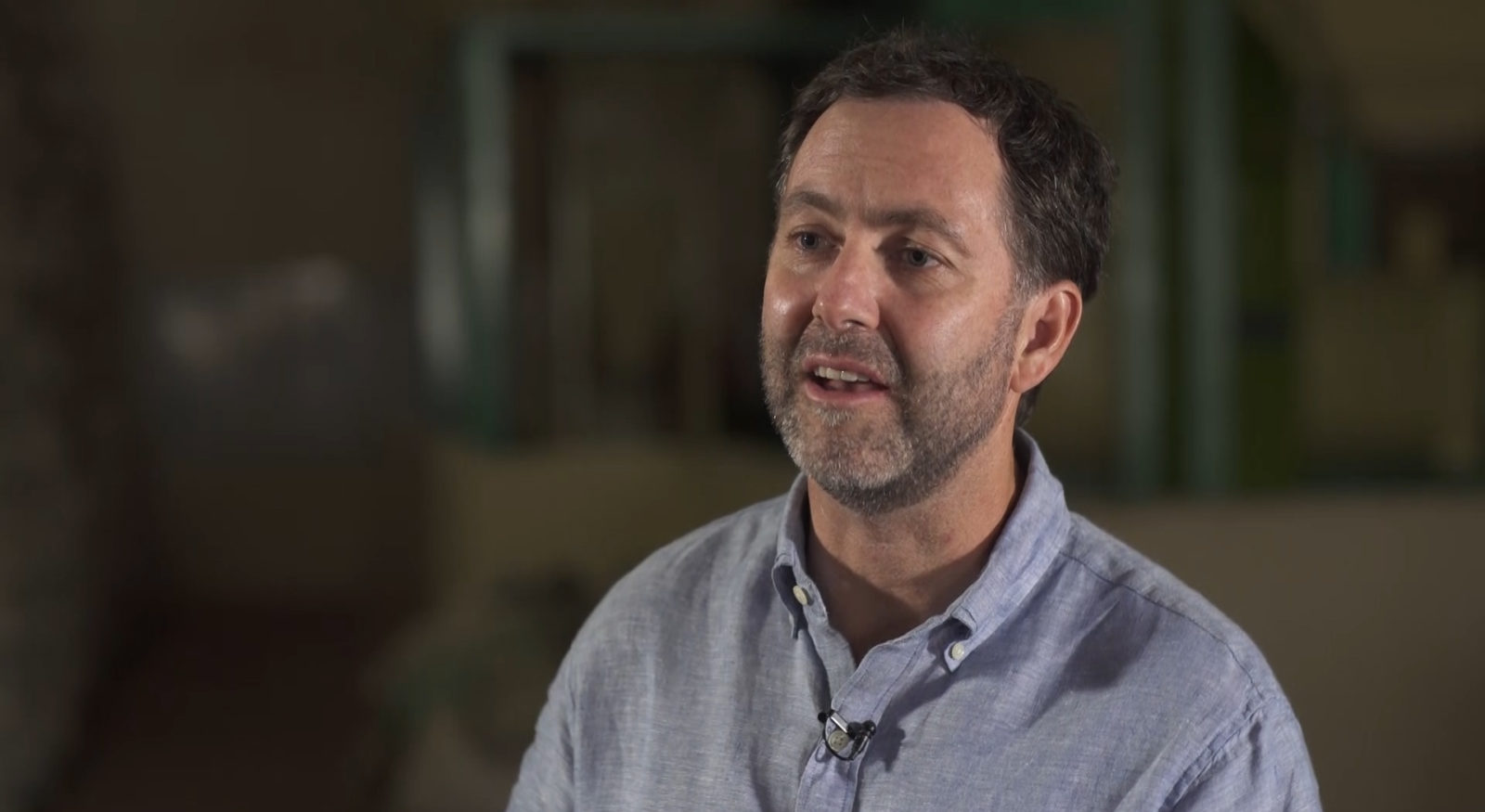 “We find that a lot of the stuff we work on is very similar to the same issues that General Mills or Cargill or Hershey’s are wrestling with, it’s just usually at a different scale. So, a lot of the technical problems we’re solving are universal.”

Johnson Kiragu, Kenya director for Partners in Food Solutions, advised client Pauline Kamau on fortifying her products with vitamins and minerals that help her market her brand and meet a critical health need for the country’s youth. 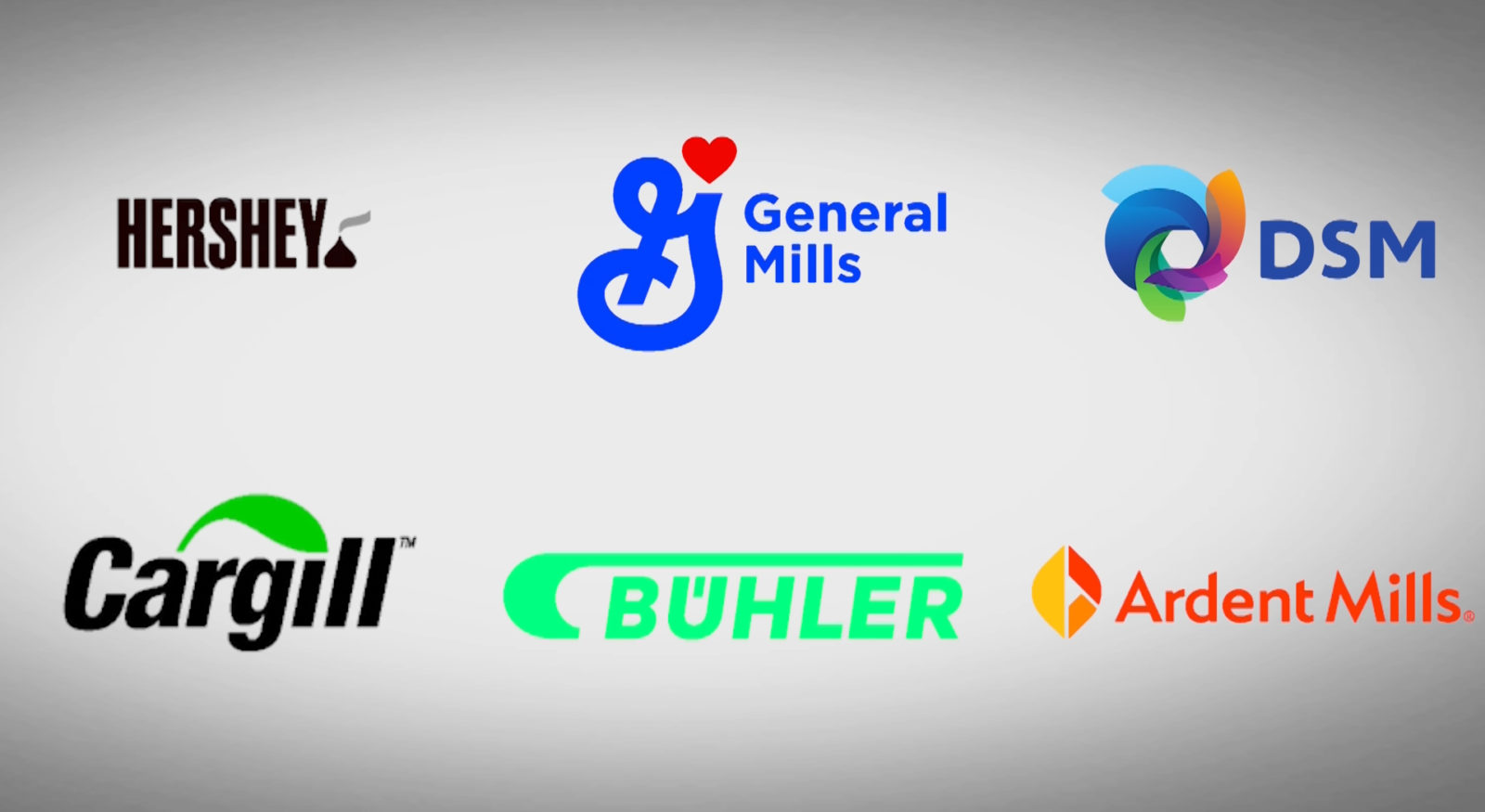 So far, more than 1,400 employees have volunteered some 90,000 hours for Partners in Food Solutions, helping nurture some 250 businesses.