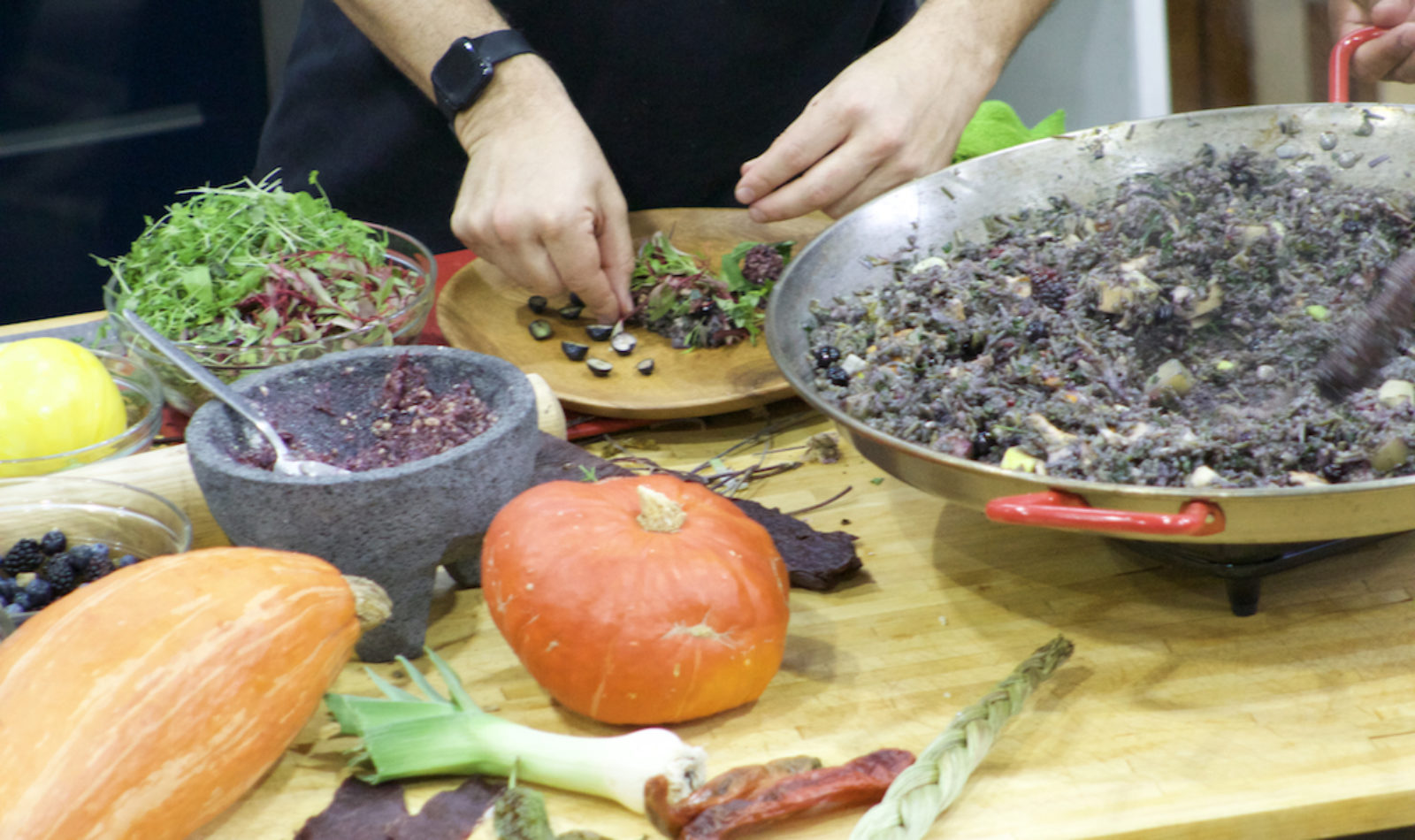 Amna Nawaz:Now the story of a chef who is working to reintroduce Native American culinary traditions that existed long before Europeans arrived.Special correspondent Fred de Sam Lazaro reports from Minnesota. It’s part of his series Agents for Change.

Sean Sherman:Because indigenous peoples had to be resourceful.

Sean Sherman:So, there’s some dandelion. There’s three kinds of mushrooms. We have pattypan squash that we actually grew in our garden.

Sean Sherman:Part of our challenge to ourselves was to cut out colonial ingredients, so we stopped using dairy, wheat flour, cane sugar.

Fred de Sam Lazaro:For chef Sherman, it is also a way to push back against processed foods that he and others blame for grave health consequences in the U.S. today.

Fred de Sam Lazaro:Mary Owen is a professor of medicine who also practices at a nearby reservation. She says poor diets are linked to two leading causes of death among Native Americans, cancer and heart disease.

Fred de Sam Lazaro:Forty-five-year-old Sean Sherman grew up poor in the Black Hills on the remote Pine Ridge Reservation in South Dakota and began his career in Minneapolis, working for years in restaurants, where he learned various cuisines.

Sean Sherman:Just all of a sudden, I realized that there was no Native foods. I just realized the other absence of indigenous perspective anywhere in the culinary world, nothing that represented the land we were actually standing on.You want me to write this to?

Fred de Sam Lazaro:He set out to change that, researching ancestral food systems and compiling it all into a book. “The Sioux Chef’s Indigenous Kitchen” won the 2018 James Beard Award for best American cookbook.

Sean Sherman:What were my Lakota ancestors eating and storing away? How were they getting oils and salts and fats and sugars and things like that?So it took me quite a few years of just researching, but it really became a passion.We have all these beautiful ingredients around us.

Fred de Sam Lazaro:With his business and life partner, Dana Thompson, he travels around the world to promote healthier and traditional diets, appearing at events like the Duluth Food Expo.Here, traditionally harvested wild rice is added to the medley dished out in samples.

Natalie Smith:Well, it’s very different from the things that I normally eat. It was really fresh and kind of tasted like earth.

Stephanie Heilig:It was an absolutely phenomenal, to think that you could put dandelion in a food and have it taste amazing.

Fred de Sam Lazaro:There’s no argument that fresh organic ingredients like these on display are good for you. There were demonstrations at the food expo of how they can be turned into delicious dishes.The problem for many people, especially living in Native communities, is affordability and access near where they live.

Mary Owen:Between the cost of putting them together and the time that it takes to prepare them, that is more costly for so many. You know, there is a huge problem of poverty in our community. People are working more than one job oftentimes. They come home, and they’re tired.

Fred de Sam Lazaro:Fresh foods and produce are scarce on reservations, particularly rural ones, where many people rely on convenience stores for their groceries.Sherman and Thompson want to tackle the challenge of these so-called food deserts.

Sean Sherman:Even if we could just get some of those gas stations and just have one section, one shelf of healthy indigenous options to choose from, you know, just take away one big shelf of chips, right?

Fred de Sam Lazaro:Isn’t it true that those chips would be a lot cheaper than the healthier options that might replace them?

Dana Thompson:It’s cheaper on the front end. And if you look at the cost of treating all of those food-borne illnesses, it wipes that price of the chips right out.

Fred de Sam Lazaro:There is even a cheaper option, they say, foraging.

Dana Thompson:People can just go into their backyard.

Fred de Sam Lazaro:We tag along at an organic farm and garden run by the Shakopee Mdewakanton Sioux Tribe near Minneapolis, as Sherman and Thompson pick berries, plums, sunchokes, wild herbs and greens.

Sean Sherman:Well, we have some cedar. We have some hyssop and some bergamot.

Fred de Sam Lazaro:Back in a kitchen in St. Paul, they whip up a delicious dish with the ingredients they gathered, plus a few staples like wild rice.

Fred de Sam Lazaro:Mmm. Mmm. Mmm. That is unlike anything I have ever tasted in my life.

Sean Sherman:Yes. Like, around here, you can’t get more Minnesotan than those foods, because they have been here longer than Minnesota was a concept.

Fred de Sam Lazaro:Most of The Sioux Chef’s income today comes from a catering business. They plan to open a nonprofit kitchen to train Native chefs next year, and later open their first restaurant.For the “PBS NewsHour,” this is Fred de Sam Lazaro reporting on, and eating off, the land in St. Paul, Minnesota.

Amna Nawaz:And Fred’s reporting is a partnership with the Under-Told Stories Project at the University of St. Thomas in Minnesota.

Getting back to a pre-colonization diet

Fresh foods and produce are scarce on Native American reservations, particularly rural ones, where many people rely on convenience stores for their groceries. Sherman and Thompson want to tackle the challenge of these so-called food deserts.

Eating off the land

Foraging for ingredients can be a cheap and healthy way to eat foods indigenous to Minnesota.

“You can’t get more Minnesotan than those foods… they have been here longer than Minnesota was a concept.”
Sean Sherman 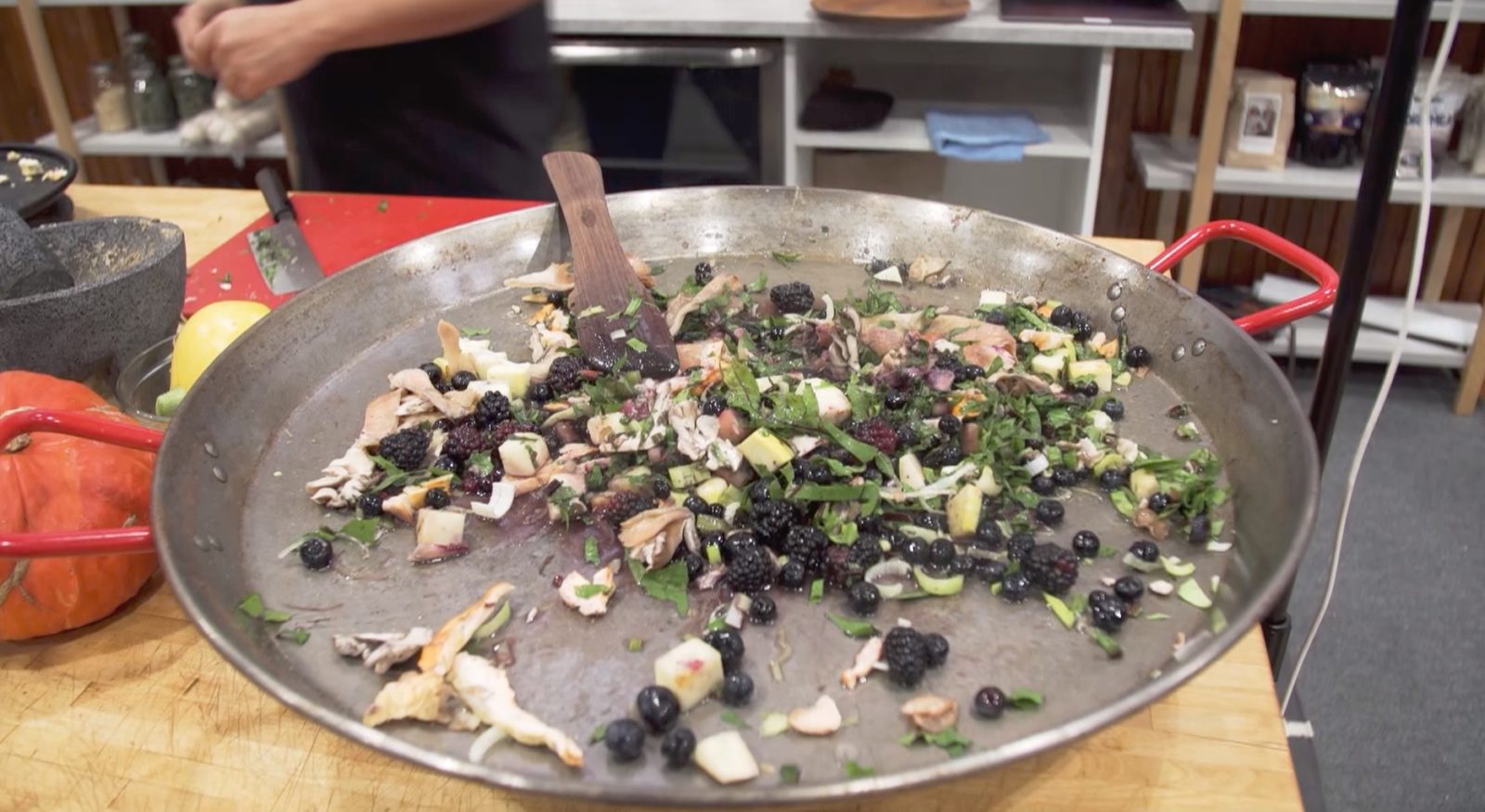