Judy Woodruff:India celebrates Republic Day tomorrow, a holiday observed with elaborate military parades.This year, hundreds of thousands of protesting farmers are planning their own tractor parades. For months, they have camped just outside the capital, Delhi, demanding the repeal of new laws that deregulate agriculture, which directly employs near half of the country’s 1.3 billion people.Special correspondent Fred de Sam Lazaro has our report.It’s part of his series Agents For Change.

Fred de Sam Lazaro:The police have used tear gas, batons and, in near freezing temperatures, water cannons to keep protesting farmers from entering Central Delhi.Still, they have traveled hundreds, even thousands of miles and encircled the capital, protesting the end of a system of subsidies and price guarantees that for decades have provided some certainty, though hardly a comfortable livelihood.Most visible in the crowds here are Sikhs from the breadbasket state of Punjab, their hallmark turbans far more evident than face masks, despite the pandemic.

Fred de Sam Lazaro:Gurvinder Singh is with United Sikhs, a U.S.-based relief organization that’s provided water, medicines, blankets, even shoes to protesters.United Sikhs has worked natural disasters from the Philippines to the horn of Africa. But this one is different, says Singh, who lives in Dallas. It’s a manmade disaster, he says, and profoundly affects farming, where Sikhs have a rich tradition.

Gurvinder Singh:It’s farming as your legacy, as what your forefathers have bequeathed to you. I’m an engineer. But whatever you are, you owe it to those seeds that were planted in the soil that allowed you to flourish.

Fred de Sam Lazaro:The vast majority of India’s farmers own fewer than three acres. For decades, they have sold their produce in their home states, in government-sanctioned markets called mandis, a system that guaranteed minimum prices on several key commodities.The new laws take a deregulated, free market approach, and make no mention of minimum support prices. Farmers can now sell to anyone anywhere. But small holders, like Dalvir Singh and Raju Pradhan, say that’s meaningless to them.

Dalvir Singh (through translator):We don’t have the ability to take our crops to a different country, to a different state. This whole law was designed for the corporates. It is not in our favor.

Raju Pradhan (through translator):They did the same thing with phones and reliance. Now they are doing the same thing to agriculture. They are totally against the farmers.

Fred de Sam Lazaro:They fear conglomerates, like the Reliance group, which have grown dominant as India has deregulated its economy, will now take over agriculture and put small farmers out of business.And they accuse Prime Minister Narendra Modi of doing the bidding of wealthy industrialists like the Adani and Ambani families.

Dalvir Singh (through translator):This country is ours. It’s not Adani’s or Ambani’s or Modi’s. He’s not the prime minister of the corporations. He’s fighting for the rich. We are fighting for our children.

Narendra Modi (through translator):There is a huge conspiracy under way to confuse the farmers. They are being frightened that, after new reforms, farmers’ lands will be snatched by others.

Narendra Modi (through translator):Now, these people who are in opposition, they were also in favor of these reforms when they were in power. But they couldn’t make the decision during their government and kept making false promises to farmers.

Fred de Sam Lazaro:Despite Modi’s reassurances, there could be some hard truths facing Indian farmers, as they have elsewhere in the world.I reached Sumit Ganguly, distinguished professor of political science at Indiana University.

Sumit Ganguly (through translator):The family farm in the United States is a kind of a romantic ideal anymore. It’s unsustainable.But this is how the world has evolved. And I’m afraid that evolution is now coming to India. Over the longer haul, one could see a more successful agricultural bounty. But it will probably come at some cost. A number of these small farmers, they will probably get wiped out.

Fred de Sam Lazaro:And unlike industrialized countries or, more recently, China, he says, India does not have factories to absorb displaced farmers or social programs to retrain them in, say, entrepreneurship or specialty farming.United Sikhs Gurvinder Singh shares these worries.

Gurvinder Singh:There is no safety net, for example. There’s no planning. And, unbelievably this was done without any consultation, without any studies, without any engagement with those who you’re going to impact.

Fred de Sam Lazaro:His group is standing behind the protesters and has helped organized huge rallies as far away as London and San Francisco.Outside Delhi, as they huddle in camp-like vigil, the farmers insist they will stick it out until their demands are met.

Raju Pradhan (through translator):Until we win and the government takes this back, until then, whether it takes six months or a year, however long it takes, we will sit here.

Tejbir Singh (through translator):I will tell you one benefit of this law. They have brought us together. It’s made us all brothers. We have become one.

Fred de Sam Lazaro:As the impasse drags on, talks to end it are being held in Delhi, in perhaps the most serious pushback encountered by the Modi government, which enjoys a commanding parliamentary majority. Small farmers may also be facing a reckoning on their future.But, for now, they also form one of the biggest voting blocs in the world’s largest democracy.For the “PBS NewsHour,” with Rakesh Nagar in New Delhi, this is Fred de Sam Lazaro in St. Paul, Minnesota.

Hundreds of thousands of Indian farmers converged in Delhi to protest the end of a system of subsidies and price guarantees that for decades have provided some certainty, though hardly a comfortable livelihood. Small farmers may also be facing a reckoning on their future. But, for now, they also form one of the biggest voting blocs in the world’s largest democracy.

Most visible in the crowds are the hallmark turbans of Sikhs from the breadbasket state of Punjab.

“It’s farming as your legacy, as what your forefathers have bequeathed to you. I’m an engineer. But whatever you are, you owe it to those seeds that were planted in the soil that allowed you to flourish.” 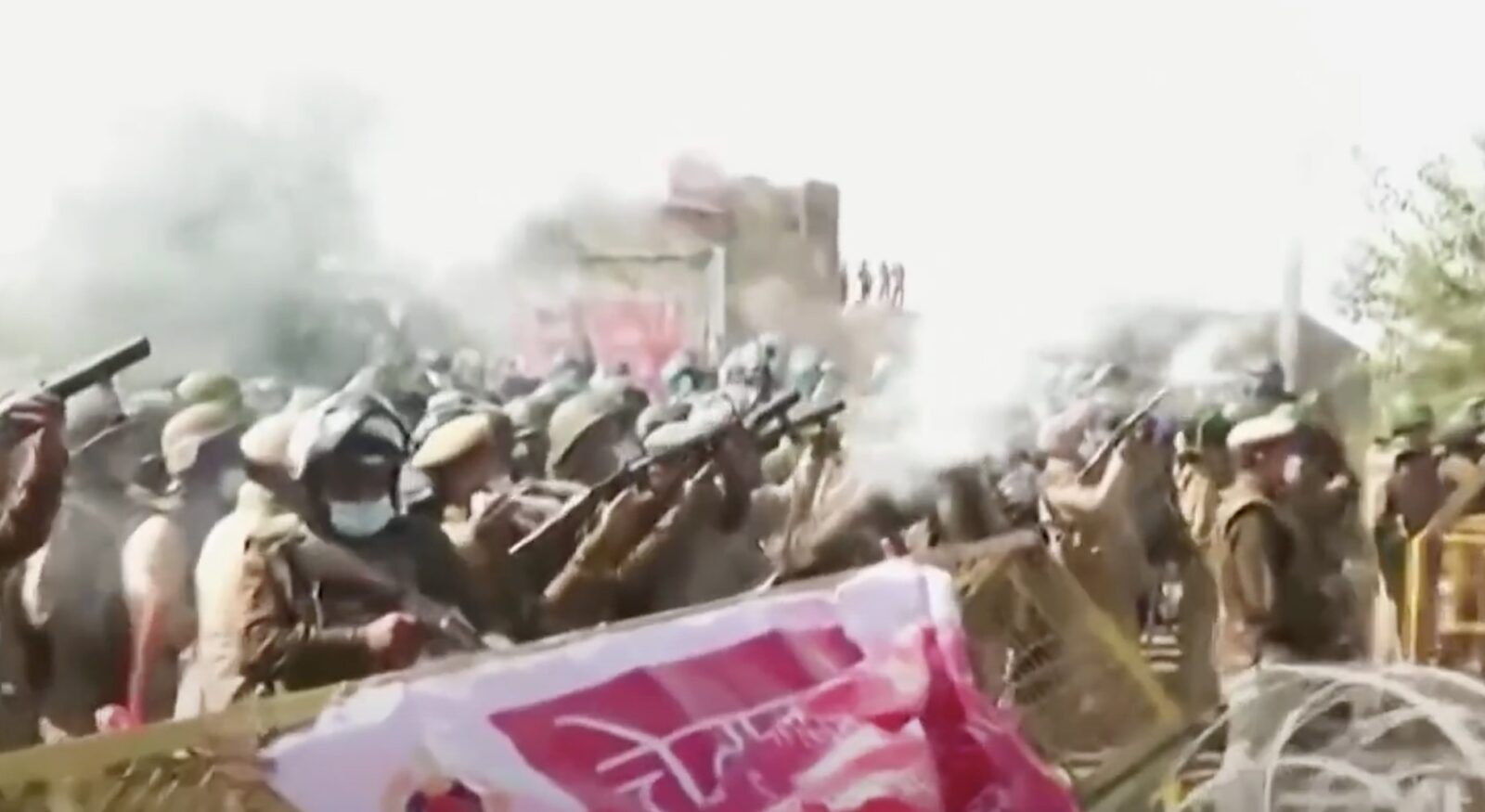