The complicated campaign for change
Play Story
Subscribe to Stories

Judy Woodruff:And let’s focus more on what’s happening in Minneapolis one year later.Next November, city voters will be asked to approve a measure that could dismantle the police department and fold it into in a broader department of public safety.Minneapolis police have been mired in controversy for decades and soon will be the subject of a Department of Justice investigation. But the campaign to bring change is fraught with complications.Special correspondent Fred de Sam Lazaro has our report, part of our series Race Matters.

Fred de Sam Lazaro:Derek Chauvin’s conviction for the murder of George Floyd brought celebration and relief in Minneapolis, after nearly a year of anguish, protests, destruction. It was short-lived

Shamonda Greer:10-year-old with a gunshot wound to the head. Why is this community not angry?

Shamonda Greer:Because a cop didn’t shoot him? Where’s everybody at? We only march when it’s against the police, huh?

Fred de Sam Lazaro:Greer made an impromptu appearance at a news conference called by several city leaders last week to address violent crime, which, like in most American cities, has spiked this year. It’s on track to double 2020 rates.Compounding matters, the police department has seen an exodus, with recent retirements, resignations and leaves of absence.Chief Medaria Arradondo pleaded for the community’s help.

Medaria Arradondo:I am down about a third of our department. We cannot do this work alone. But we have got to come together. This violence cannot continue.

Fred de Sam Lazaro:Even as some city leaders and citizens express concern about an understaffed police department just when crime is rising in Minneapolis, critics of the police department say the answer to the spike in violent crime is not necessarily to hire more officers.

Man:This council is going to dismantle this police department.(CHEERING AND APPLAUSE)

Fred de Sam Lazaro:The idea came up soon after Floyd’s killing, when nine of the city’s 13 council members pledged to defund the department. Smith says the slogan simply means folding armed police officers into a larger public safety department that can respond with a wider range of skill sets.

Corenia Smith:I think Black-led because people at the forefront and most impacted should be leading the change.

Fred de Sam Lazaro:The MPD has long had a fraught relationship with the city’s Black residents, about 20 percent of the population, and now including at least 100,000 African immigrants.

Roderic Weber:Plain and simple, if you (EXPLETIVE DELETED) with me, I’m going to break your leg before you get a chance to run. I don’t screw around.

Youth:Can you tell me why I’m being arrested?

Fred de Sam Lazaro:Months after one of the four youths in the car filed an official complaint, the officer, Roderic Weber, was fired, ostensibly for these comments.But when freelance journalist Tony Webster, working for Sahan Journal, sued to get the full record, it turns out there was a lot more in that exchange, captured on audio from the cameras of backup officers who were called to the scene.

Roderic Weber:Hey you know what? Remember what happened in “Black Hawk Down,” where we killed a bunch of you folk? I’m proud of that.

Fred de Sam Lazaro:Referring to the 1993 U.S. intervention in Somalia, made famous by the movie “Black Hawk Down,” Weber added — quote — “If we’d finished the job, you guys wouldn’t be here right now” — unquote.

Mukhtar Ibrahim:I think that story really displayed one part of the Minneapolis Police Department’s culture, in terms of how it interacts with communities, especially immigrants.

William Grenn, Augsburg University:The officers who were present didn’t say anything, acted as if there was nothing that happened. That’s not unusual.

Fred de Sam Lazaro:Historian Bill Green says the Weber case is just one example of a pervasive culture of tolerance for racist and violent conduct.Of the nearly 2,600 complaints of police misconduct since 2013, 77 resulted in discipline, mostly suspensions or letters of reprimand. A Minneapolis Star Tribune report last year found also that, in the past two decades, eight terminations were reversed in arbitration, which is required by the union contract and protected by state law.None of that will change with the city’s ballot initiative.

William Green:The power of the Police federation, for example, really comes from the state, for all intents and purposes. The real place where we need to see systemic change is outside the hands of Minneapolis city governance.

Fred de Sam Lazaro:And that’s not likely to change in Minnesota’s legislature, where rural Democrats, and especially Republicans, express strong support for the police.Republican Senate Majority Leader Paul Gazelka says an honorable profession has been maligned for the misdeeds of a few.

Sen. Paul Gazelka, R-Minn.:They are demoralized because there’s this big blanket view by too many people that is harmful. We need the police to keep our streets safe.

Fred de Sam Lazaro:Yes 4 Minneapolis campaigner Smith admits the ballot measure won’t preempt state law. But she says it would allow the city to the reduce minimum police staffing now required by the city’s charter. In time, she says Minneapolis can reduce its dependence solely on police for public safety.

Corenia Smith:This first step for folks to be able to say, this is what we want, this is the direction that we need Minneapolis to head in, I think that that’s part of it.

Fred de Sam Lazaro:Historian Green says it’s a tough sell, even in a city known for its liberal politics.

William Green:You have to respond to the person who owns a shop on the street corner who’s worried about crime, whether crime is going to crop up because people feel like now we’re not going to be held accountable because there are no cops around, no police around to deal with it.

Jacob Frey:We are doubling down on safety beyond policing.

Fred de Sam Lazaro:For his part, Mayor Jacob Frey, also up for reelection, opposes the charter amendment. He and Chief Arradondo have promised their own reforms, increased violence prevention efforts, better field training for graduates of the police academy, and no more traffic stops just for low-level violations, like broken tail lights or expired license tabs, that disproportionately affect minority drivers.And punctuating the campaign will likely be crime news that grabs the headlines.

Fred de Sam Lazaro:Tragically, a third child was shot even before last weekend arrived.Unlike Ladavionne and 9-year-old Trinity Ottoson-Smith, still battling for their lives, Aniya Allen succumbed to her injuries. She was 6.For the “PBS NewsHour,” this is Fred de Sam Lazaro in Minneapolis.

Judy Woodruff:Fred’s report is in partnership with the Under-Told Stories Project at the University of St. Thomas in Minnesota.

An update on public safety

Next November, city voters will be asked to approve a measure that could dismantle the police department and fold it into in a broader department of public safety. Minneapolis police have been mired in controversy for decades and soon will be the subject of a Department of Justice investigation. But the campaign to bring change is fraught with complications. 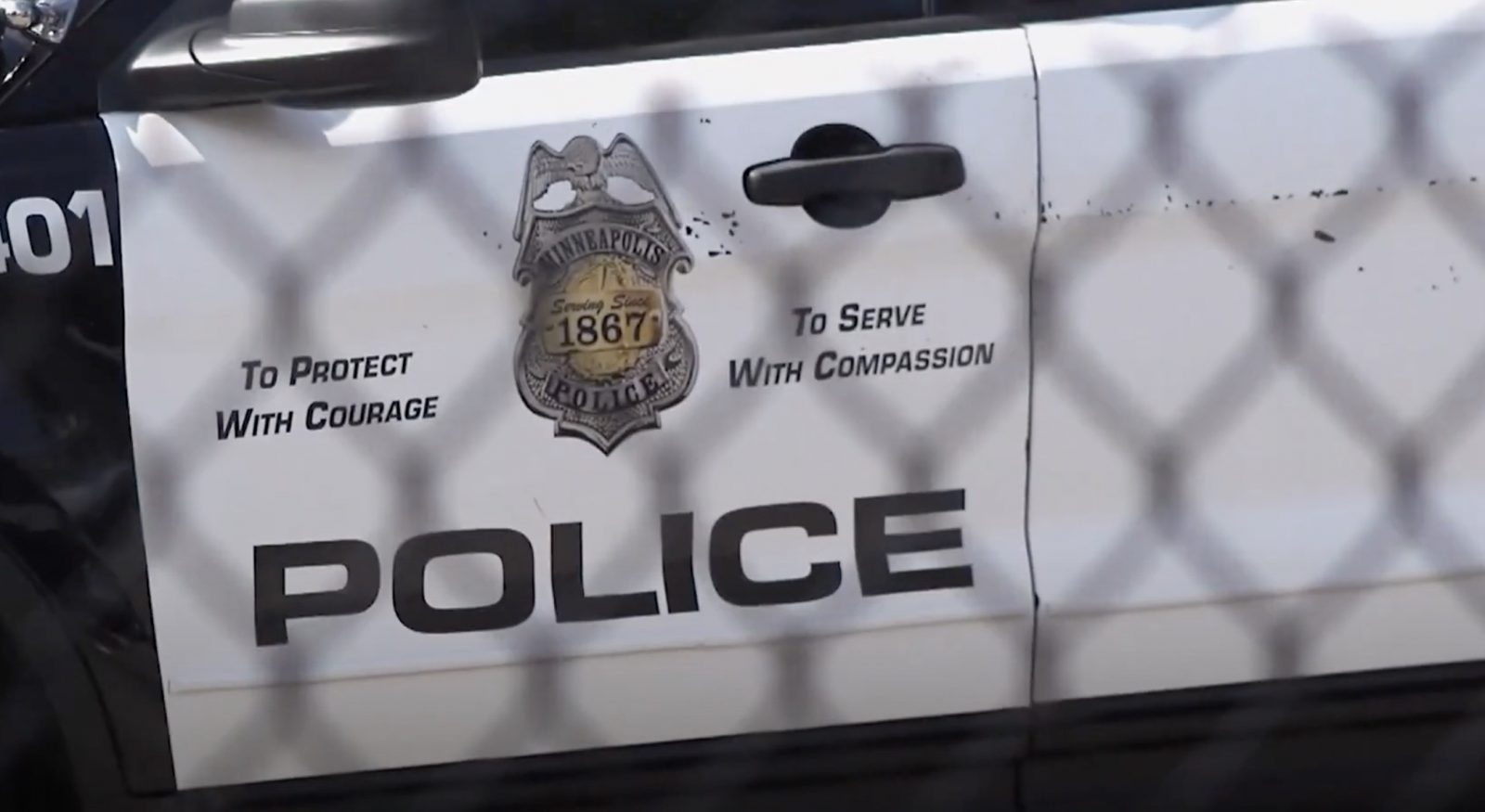 Of the nearly 2,600 complaints of Minneapolis police misconduct since 2013, 77 resulted in discipline—mostly suspensions or letters of reprimand.

Yes 4 Minneapolis is a Black-led coalition of citizen groups campaigning to dismantle the police department.
They successfully launched the petition drive to put the issue before voters in November.