JUDY WOODRUFF: And to south Sudan, which begins voting Sunday on separating from the North.
Special correspondent Fred de Sam Lazaro reports on how one town is getting ready for the referendum.

FRED DE SAM LAZARO: The town of Bentiu lies in the heart of Sudan in a state named Unity. Nothing could be farther from the mood here.
In the local stadium, a graduation ceremony yesterday for the new police class quickly turned into a rally for separation. No one doubts that the mostly black African South Sudan will vote to secede from a nation long dominated by the Arabic-speaking North. The two sides have been mired in decades of civil war.
It ended with a peace treaty in 2005, which called for the secession vote and negotiations to share revenues from the oil fields. Although they are located mostly in the South, oil revenues have flowed North.

JOHN GENG, south Sudan (through translator): We will show them we don’t want to be with them. Our choice will be separation, not a union.

FRED DE SAM LAZARO: If the peace treaty holds, Bentiu will be just inside the northern border of the new Republic of South Sudan. It’s one reason the town has been overwhelmed by thousands of returning Southerners, people who had migrated to the more prosperous North in recent years.
It’s difficult to say exactly how many people have returned to Bentiu and Unity state, but the estimate of 100,000 is not exaggerated, according to relief agencies. That’s almost a fifth of the entire population of this state. And everywhere you look, there’s evidence of the struggle to provide for them. There’s barely enough food, provided by international agencies. There’s almost no shelter.
At this makeshift parking lot moving trucks, returnees like Marisa Nyahost spent hours hunting for their few belongings. Despite all the hardships of the trip, Nyahost, whose face bears the marks of traditional scarification, is pleased to be back.

MARISA NYAHOST, south Sudan (through translator): In the North, we were treated very badly. We want to have a good life, and this is our land. The South is going to get independence. I can do something here. I can look for something from the government. We can survive on this land. We can cultivate it.

FRED DE SAM LAZARO: South Sudan’s semiautonomous government paid to bring back Southerners living in the North, part of its campaign to win the separation vote.

Mary Nyanden took up the offer for much more than patriotism.

MARY NYANDEN, south Sudan (through translator): People are coming here for voting on January 9. I always hoped to go back to the place I was born. And in case a war happens, I will be safer in the South.

FRED DE SAM LAZARO: Many analysts have expressed concern that Southerners living in the North could face a backlash if they vote to secede.
For his part, Sudan’s leader, Omar al-Bashir, has promised to abide by the results, even as he campaigned earlier this week in the Southern capital, Juba, for unity.
But, in Unity state, there’s only one place we found any support for a unified Sudan. That’s in the oil fields just outside Bentiu. Many of the workers here are from China, which also buys much of Sudan’s oil output. There are also workers here from the North. In this sample, they assumed the unity election symbol.
“We won’t have a problem if the vote goes for separation,” they said, “but we want unity, to stay as one nation.”
People who support separation, raise their hands.

JOHN GENG, south Sudan (through translator): We will show them we don’t want to be with them. Our choice will be separation, not a union.

FRED DE SAM LAZARO: It’s a tall order. South Sudan would be one of the poorest nations on Earth. Paved roads and health clinics are almost nonexistent, and illiteracy is about 85 percent. Add to that a continued fear of renewed violence. The crucial agreement on oil revenue sharing still languishes. And, besides North/South tensions, there’s also a long history of deadly violence among tribes in the South.
But none of that concerns Marisa Nyahost today.

MARISA NYAHOST (through translator): I just got here. My priority was to get here and to vote. The issues like a job can come later.
FRED DE SAM LAZARO: Not far from here, the polling places were preparing for that big event, with help from international groups to ensure that the election is conducted cleanly. Polls will be open seven days, beginning Sunday. And the results are expected to be announced by mid-February.

JUDY WOODRUFF: Fred’s report is a partnership with the Pulitzer Center on Crisis Reporting and the Under-Told Stories Project at Saint Mary’s University in Minnesota.

Special correspondent Fred de Sam Lazaro reports from a town that will be near the border if Sudan splits into two countries following its vote on secession. The town, which bears the scars of decades of civil war, has already seen an influx of returning southerners who had migrated to the more prosperous north in recent years.

South Sudan would be one of the poorest nations on Earth.
Paved roads and health clinics are almost nonexistent.
85%
of South Sudanese are illiterate. 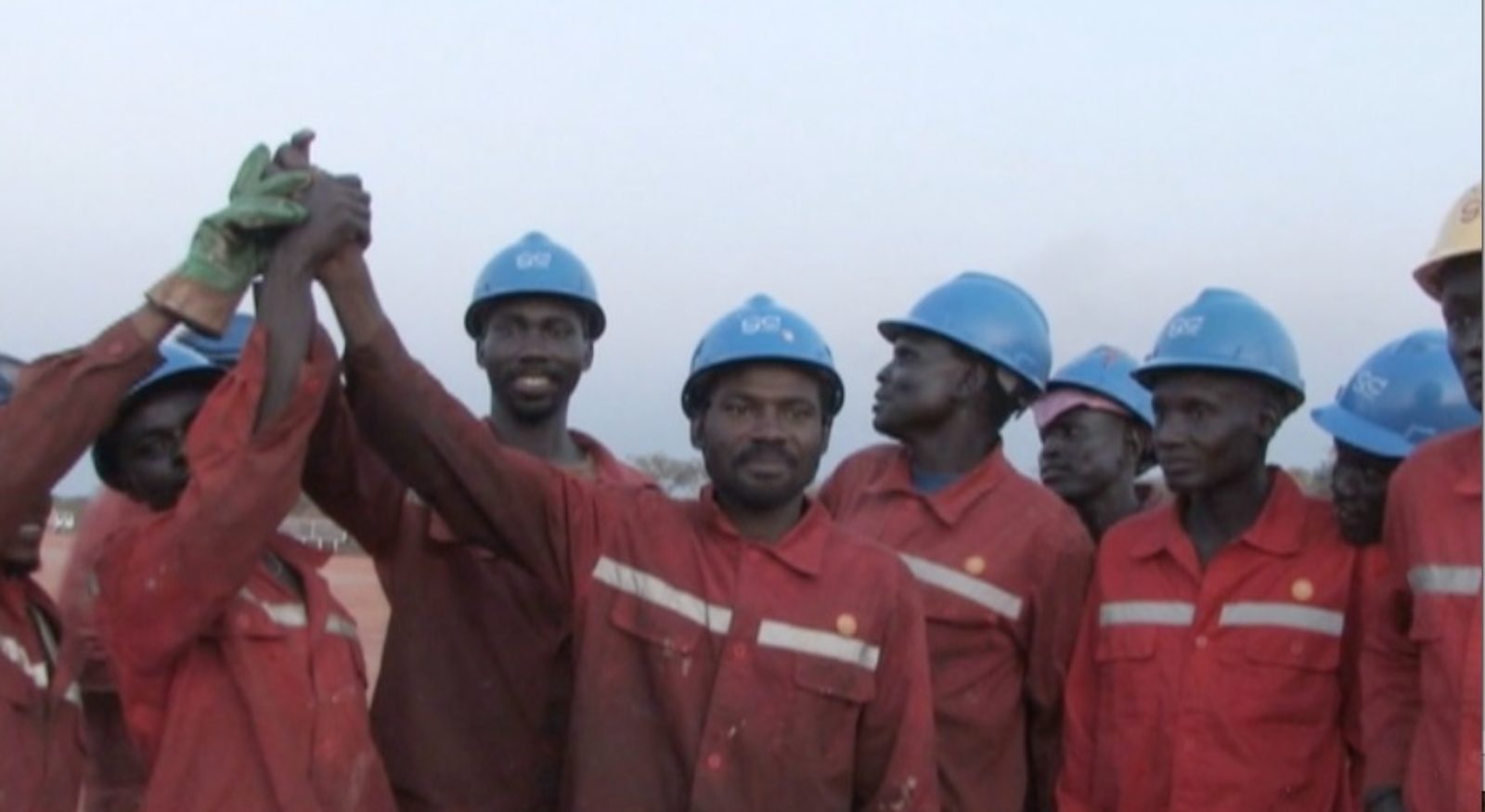 “We will show them we don’t want to be with them. Our choice will be separation, not a union.”