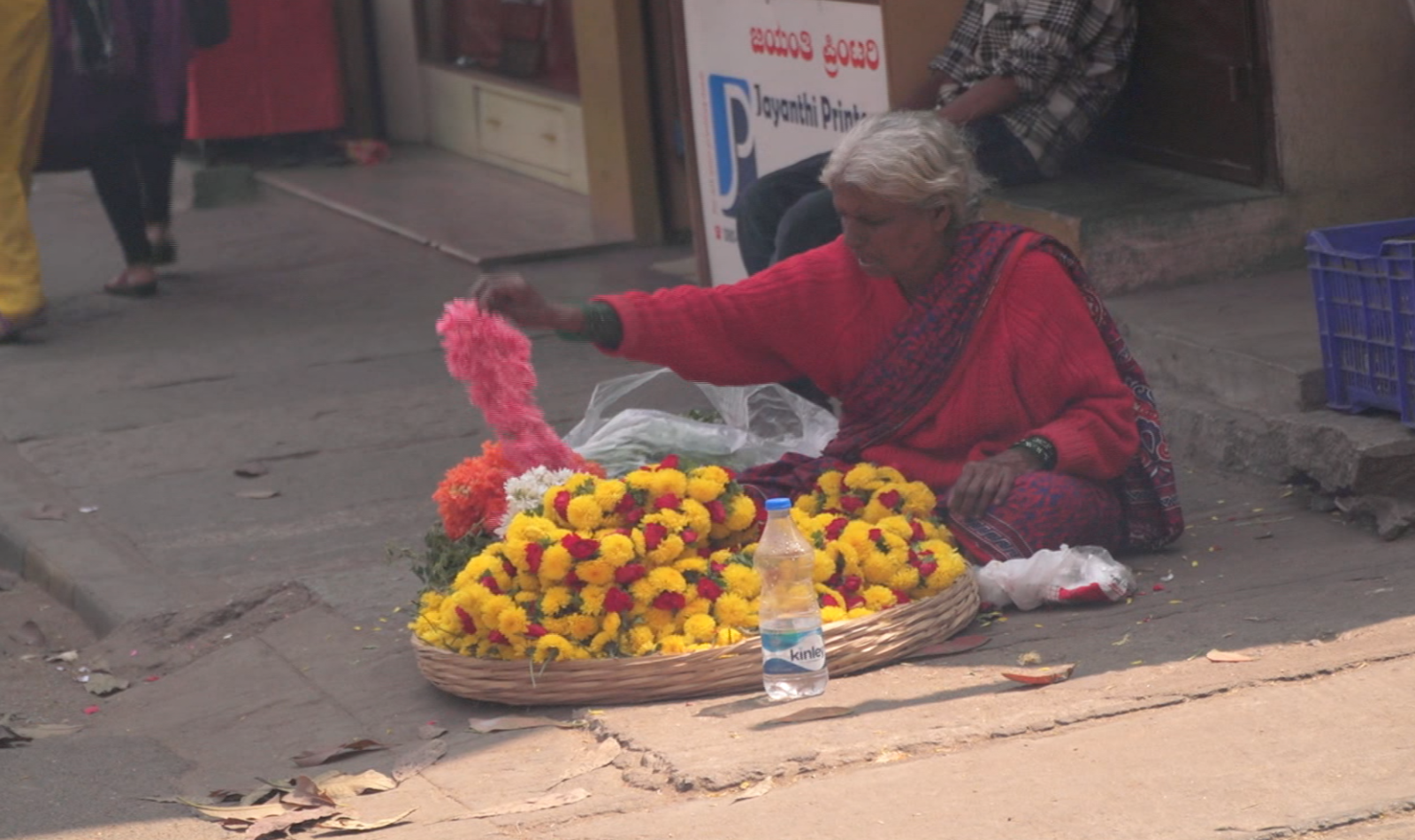 JUDY WOODRUFF:Next, we begin a series of reports on India’s work force.Last year, the country became the world’s fastest growing economy. But the benefits have eluded many of its citizens.Fred de Sam Lazaro has our first report on one group trying to reverse that trend. It is part of his ongoing series, Agents for Change.

FRED DE SAM LAZARO:The big malls may have arrived, but in India, food, clothing and virtually everything else is still bought mostly from street vendors.They, along with construction laborers, domestics, rickshaw drivers and rickshaw pullers, in fact, most workers in India’s economy, are, quite literally, off the books, says Indiana University’s Sumit Ganguly.

SUMIT GANGULY, Indiana University:Ninety percent of the work force in India is in the so-called informal sector.

FRED DE SAM LAZARO:That could be a technical term that means a very hard life. They live from day to day. That is, if there’s work on any given day, they are paid at the end of it, less than $2 for most of them.

SUMIT GANGULY:These are people who have no Social Security provisions, who have no health care provisions, who can be hired and fired at will. And yet, according to a recent Credit Suisse study, it’s close to — they contribute close to 50 percent of India’s gross national product.

FRED DE SAM LAZARO:Not only are they underappreciated, but they fall easy prey to corrupt officials.The market outside of Delhi’s main mosque has been here for more than 200 years. The vendors complain that they’re subject to regular harassment from police demanding bribes or from municipal authorities who conduct regular raids to evict them.

IMRAN KHAN, Street Vendor (through interpreter):They kicked us out from here in 2014, citing security reasons.

FRED DE SAM LAZARO:Across India’s cities, vendors like Imran Khan carry tales of harassment, sometimes along with their own video, of stalls dismantled and merchandise confiscated.

IMRAN KHAN (through interpreter):Then finally, we went to NASVI, to Arbind, and he said, you have only one option, straight to court.

FRED DE SAM LAZARO:We ran into Singh in another Delhi market, where he was getting the familiar complaints from merchants.

ARBIND SINGH:We had gone to court for these vendors, and in recent days, they are having some trouble.

FRED DE SAM LAZARO:For 20 years since it began, Singh’s group has organized various informal workers. It lobbied successfully for a law to protect street vendors, calling for a zoning and permit system. And until it’s in place, the court said no one can be evicted.The problem, many officials simply flout the new law, preying on a population that is poorly educated and doesn’t fully understand it or their rights.

QUESTION:So, how much do they take from you?

MAN (through interpreter):Nothing. I don’t give any money.

FRED DE SAM LAZARO:He worried at first about reprisals, but did finally tell us he bribes the authorities about $1.50 each time they come round. That’s a third to a half of a day’s pay.But protecting vendors like him is only the first step. The second is to improve their skills.He’s obviously untrained. He’s using his bare hands. What would you do with him?

ARBIND SINGH:Well, first thing is that we need to organize, so he becomes part of the organizing process. Then, secondly, he goes for the training.

FRED DE SAM LAZARO:With help from the tourism ministry and the hospitality industry, Singh’s organization has put thousands of street food vendors through training on food preparation, handling, service and storage.Using street food festivals, the group’s message to vendors is that with better hygiene and food safety, their business can grow. But Singh says the new economy, geared very much to the middle class, must begin to help the much larger number below it to join it.

ARBIND SINGH:All what we need in a country like ours is equality of opportunity that is very much part of our constitution, that there has to be equality of all. I mean, you can get a loan for a car. You can’t get a loan for buying a rickshaw.

MANOJ KUMAR RANE, Street Vendor (through interpreter):We never did know the law. They have helped us to find our voice.

FRED DE SAM LAZARO:Manoj Kumar Rane says being organized has allowed vendors in his neighborhood to assert their rights. There are still reports of harassment from the cops and city people, he says, but far fewer than before.Nidan has also started micro-finance programs and encouraged members to form local co-opts and savings clubs. Rani Harbans Kaur helped start this club, whose members pool their savings to make small loans.Kaur, who’s 40, has graduated over the years from a sidewalk stall to a brick-and-mortar store, thanks to a series of small loans she says she has easily repaid.

ARBIND SINGH:There was an entrepreneur within herself. We just unleashed that with that access.

SUMIT GANGULY:We’re talking about entire armies of young men who are unemployed or underemployed, with expectations which cannot be reasonably fulfilled, unless one sees a greater dispersion of jobs and wealth in India.

FRED DE SAM LAZARO:Most of those young workers will likely wind up fending for themselves in the informal economy. Arbind Singh says the social stability in this land of 1.3 billion may well depend on organizing and protecting them and converting many of them into entrepreneurs.For the “PBS NewsHour,” this is Fred de Sam Lazaro in New Delhi.

JUDY WOODRUFF:In his next report, Fred looks at the plight of workers in a remote rural region where debt and a deadly disease trap many in poverty.Fred’s reporting is a partnership with the Under-Told Stories Project at University of St. Thomas in Minnesota.

In India, home to the world’s fastest growing economy, most workers, from street vendors to rickshaw drivers, aren’t on the books, making them vulnerable to harassment by corrupt officials and policemen. Special correspondent Fred de Sam Lazaro profiles one group trying to protect vendors and improve their lives and businesses.

DISCUSSION QUESTIONS
SEE MORE EDUCATIONAL RESOURCES HERE
90%
of the Indian population works in the informal sector
“You can get a loan for a car. You can’t get a loan for buying a rickshaw.”
ARBIND SINGH

Founder Arbind Singh ‘s NASVI has organized various informal workers. It lobbied successfully for a law to protect street vendors, calling for a zoning and permit system. Until it’s in place, the court said no one can be evicted.The problem: many officials simply flout the new law, preying on a population that is poorly educated and doesn’t fully understand it or their rights. 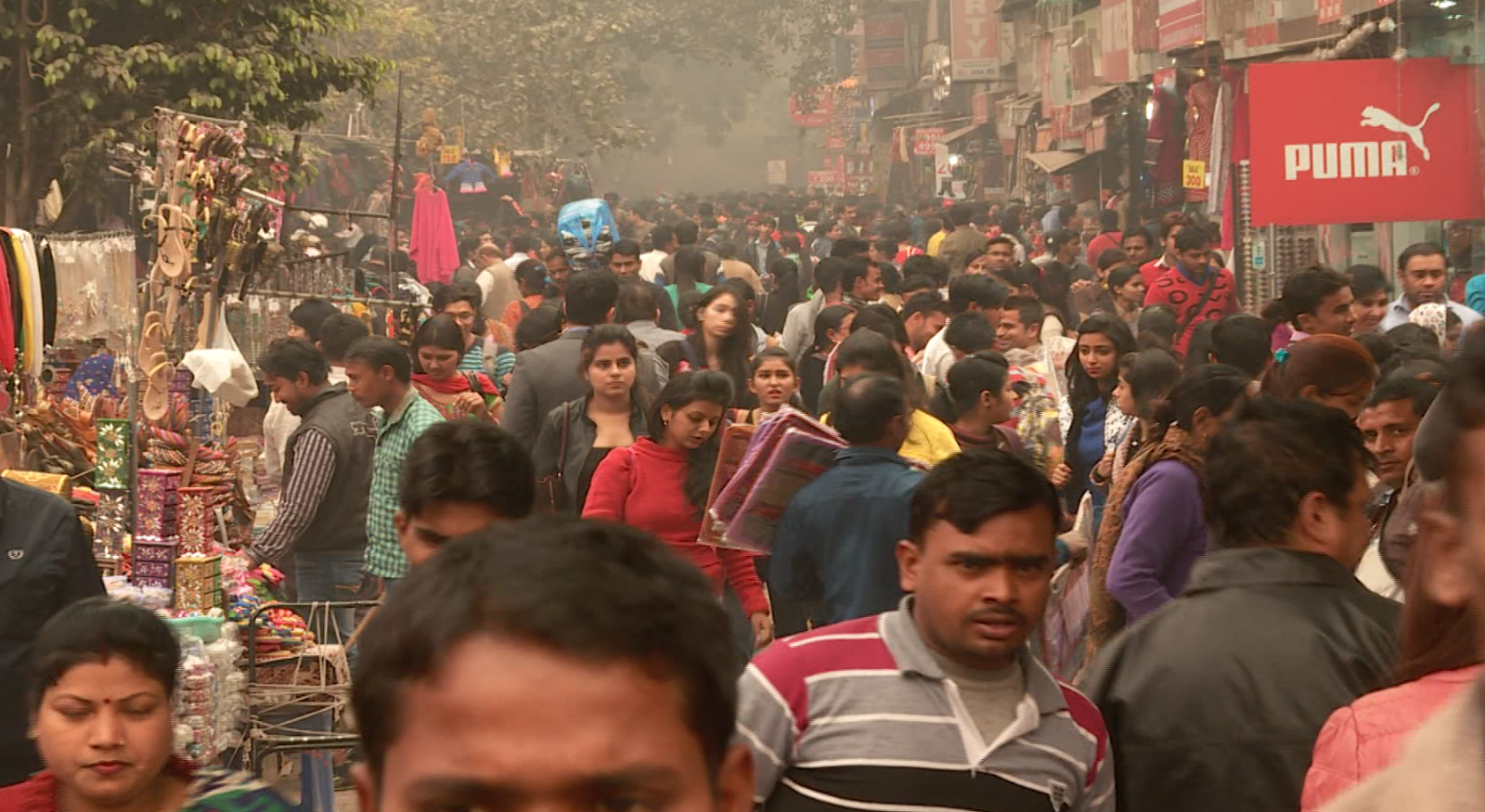 NASVI has put thousands of street food vendors through training on food preparation, handling, service and storage. Using street food festivals, the group’s message to vendors is that with better hygiene and food safety, their business can grow.