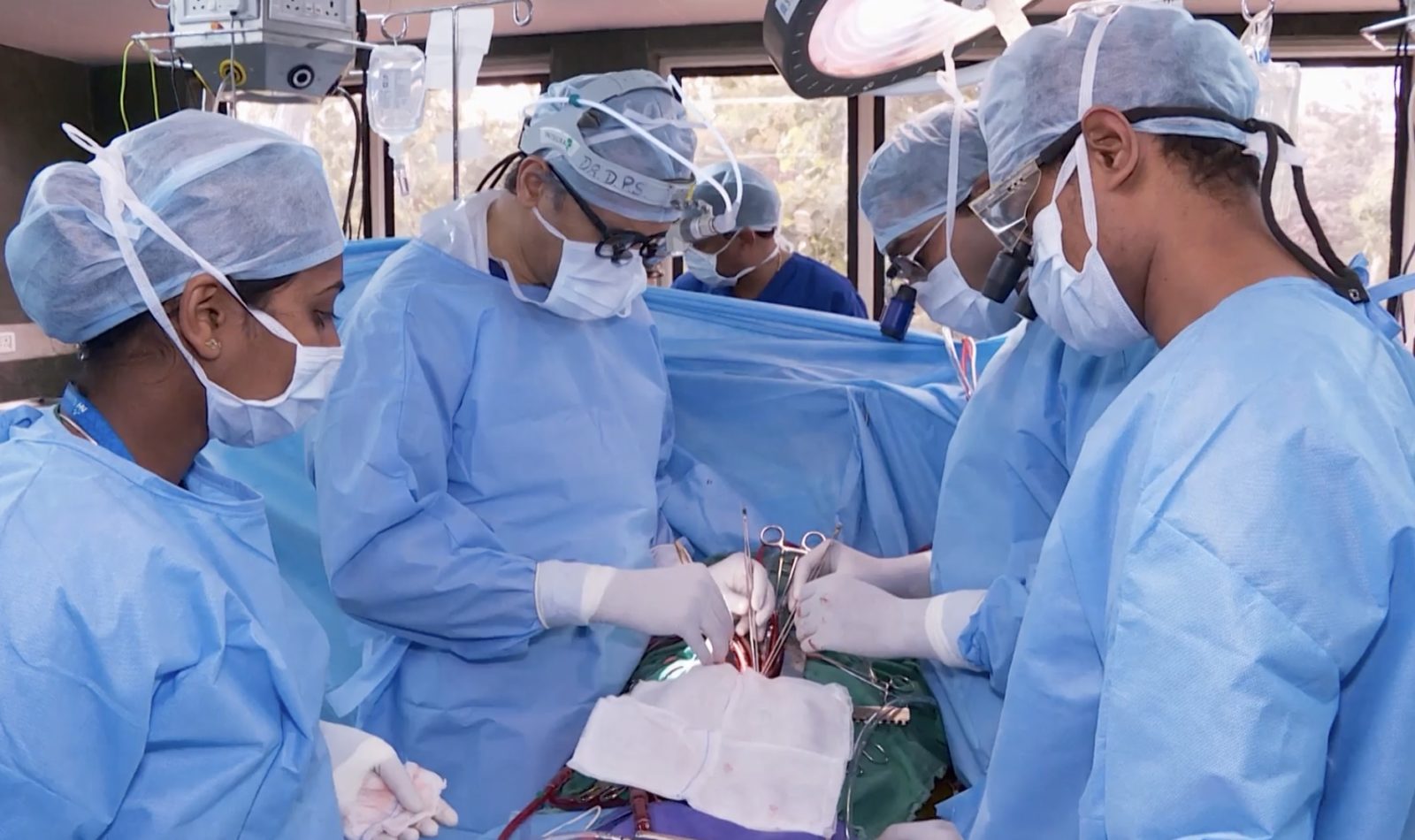 An Island of Health

Judy Woodruff:As health care costs continue to rise, especially in the U.S., one hospital chain in India has continued to bring costs down.It’s now brought some of its ideas very close to America’s shores and is courting American patients.Special correspondent Fred de Sam Lazaro reports.It’s part of his series Agents for Change and this week’s Leading Edge segment, focusing on science and medicine.

Dr. Savitr Sastri:What we have here is basically a two-centimeter port that we use.

Fred De Sam Lazaro:But this hospital is not in the U.S. or Canada. It’s in the British Caribbean territory of Grand Cayman. And Dr. Sastri and the entire medical staff are from India, employees of that country’s largest hospital chain.Called Health City Cayman Islands it is a new frontier for the for-profit chain founded 19 years ago by Dr. Devi Prasad Shetty, an entrepreneur obsessed with efficient health care delivery and technology.Even here, on a brief visit to the Caymans, he was never far from home base.

Devi Prasad Shetty:First thing I do is to do the rounds in my hospital in Bangalore.

Fred De Sam Lazaro:With a new phone app being developed by his company and Microsoft, he says he keeps tabs on patients, easily call up a record, or check a new X-ray, for instance.

Devi Prasad Shetty:The X-ray technician touches a button in the ICU of Bangalore hospital. In less than a second, like I say, it appears in my phone.

Devi Prasad Shetty:Hole in the heart.

Fred De Sam Lazaro:Doing two to three procedures a day and, as he told us in 2015, at very low cost.

Fred De Sam Lazaro:Since then, Dr. Shetty has sought to prove he can transfer his low-cost model to more expensive First World settings, beginning with the Cayman Islands.

Devi Prasad Shetty:Cayman Islands is a very unique place. It’s a First World country, ideally located close to U.S., as well as in part of the Caribbean.

Fred De Sam Lazaro:Health City opened in 2014 and is joint commission accredited, meaning it meets the highest global standards of care.Yet its costs are 50 to 65 percent lower than the U.S. Among its competitive advantages, the ability to buy in bulk.

Devi Prasad Shetty:When we implant one of the largest number of heart valves in the world, obviously, you pay for it less than others.

Fred De Sam Lazaro:They also pay a lot less for drugs.How much cheaper is it to bring your drugs from India than it would be in a market in this region?

Binoy Chattuparambil:It would be around 50, 60 percent.

Fred De Sam Lazaro:So, you pay about half?

Binoy Chattuparambil:You can see the lab.

Fred De Sam Lazaro:He took us on a tour of the new facility, designed, he says, with both physicians and architects at the drawing board.Unlike most hospitals that buy oxygen from commercial sources, this one makes its own, one of several small steps that promise savings. Another huge cost savings, patient bills are simplified, with a fixed bundled price that is disclosed when a patient is first seen.In the hallway, Dr. Chattuparambil, who is also chief of cardiovascular surgery, ran into a patient’s grateful family.

Leonie Ebanks:And all the arteries that were clogged, they’re all cleared?

Fred De Sam Lazaro:How many hours did it take you to do that?

Fred De Sam Lazaro:And in the U.S. would easily cost a half-a-million dollars, he says. Here, the final bill was $110,000.Where would you normally have gone for that kind of surgery?

Fred De Sam Lazaro:Miami might have been a tough ride.

Eddie Ebanks:Yes, could have been. Thank God.

Fred De Sam Lazaro:But with 104 beds, it’s clear the Health City project had plans to reach well beyond local patients.Grand Cayman is just a 90-minute flight away from the United States, a tropical paradise whose economy depends heavily on tourism. And that’s a big reason why the government here gave the Indian hospital chain tax breaks and other incentives to locate a facility here.American tourists would come now not just for the beach, but for their health care. So far, that hasn’t happened.

Ravi Ramamurti:American patients still assume that health care provided outside the U.S. is not as good at that you can get in the U.S.

Fred De Sam Lazaro:Northeastern University business Professor Ravi Ramamurti recently co-authored a book called “Reverse Innovation in Health Care” that studied the Cayman hospital.American tourists are everywhere, he says, just not the ones the hospital was looking for, older Americans who need cardiac surgery or knee or hip replacement, for instance.

Ravi Ramamurti:A lot of people in that generation who need this kind of care probably don’t even have a passport. So the idea of going to a strange place to get an important medical procedure is something I think people want to avoid, if they can avoid it at all.

Fred De Sam Lazaro:For his part, Dr. Shetty says, even at its current 40 percent occupancy, the hospital has staying power, treating Caribbean, Central American, and even a few Canadian patients.

Devi Prasad Shetty:We have been profitable for quite some time, yes.

Fred De Sam Lazaro:Eventually, he says, Americans will come. He predicts their insurers will begin to offer an offshore alternative with free travel and no co-pays.Professor Ramamurti doesn’t see a competitive threat, but says American providers could benefit from studying the Indian-Caribbean upstart.

Fred De Sam Lazaro:Change that he says is urgently needed to slow cost increases in an industry that now accounts for 18 percent of the U.S. gross national product.For the “PBS NewsHour,” this is Fred de Sam Lazaro in Grand Cayman.

Judy Woodruff:Fred’s reporting is in partnership with the Under-Told Stories Project at University of St. Thomas in Minnesota.

A new frontier in health care

Cutting costs at no cost

Simplified bills, buying drugs in bulk and making their own oxygen are just a few ways Health City cuts costs. 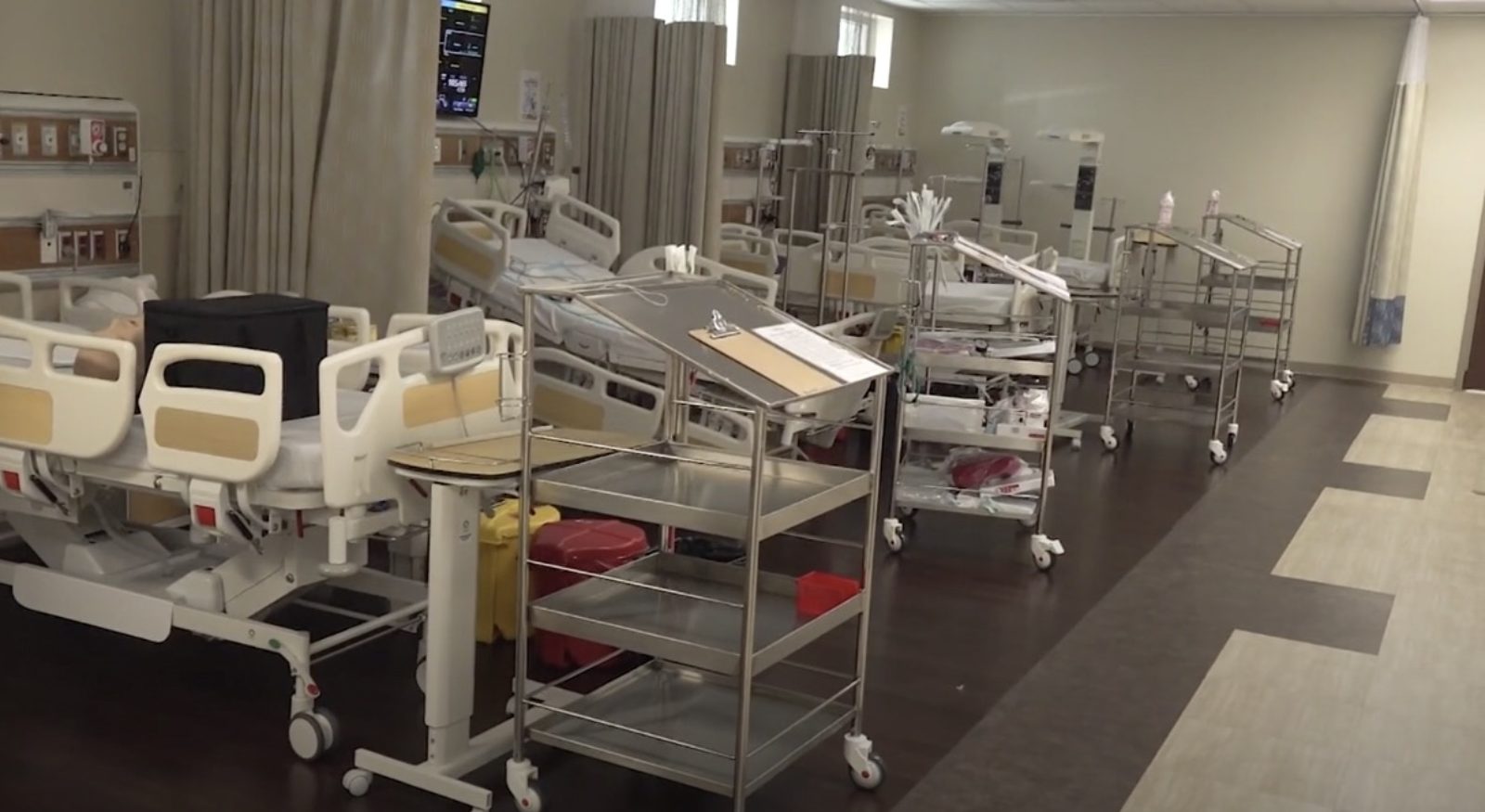 With 104 beds, the hospital has plenty of space for foreign patients.

“We need to shake up the health care industry in the U.S.”
Ravi Ramamurti, business professor