The Omicron Variant in India

Judy Woodruff:The trajectory of Omicron infections is being watched closely in India, where the official death toll from COVID-19 is approaching half-a-million. Memories are still fresh of the devastation caused by the Delta variant last spring.Special correspondent Fred de Sam Lazaro has a report on efforts to combat this new variant.

Fred de Sam Lazaro:In the nooks and crannies of this vast nation, the Omicron variant has brought new urgency to India’s ambitious goal of fully vaccinating all adults, some 940 million people, by the end of this year.Door-to-door vaccination campaigns like this one have been extended.Arvind Kejriwal, Delhi Chief Minister of Health (through translator): I hope that Omicron Doesn’t come, that the third wave Doesn’t come.

Fred de Sam Lazaro:Arvind Kejriwal, the chief minister of Delhi, was among several elected officials calling on the federal government to ban international flights or imposing their own local testing and quarantine for travelers from so called high-risk countries.For its part, the government stepped up screening for international arrivals, but stopped short of a full ban for now.Prime Minister Narendra Modi said he’s asked officials to review the current plan to fully reopen the country to vaccinated tourists, now scheduled for mid-December. And he urged people to get their shots.

Ramanan Laxminarayan, Princeton University:I think the government is keen on not being taken by surprise again. So, they are overreacting to some extent.

Fred de Sam Lazaro:Ramanan Laxminarayan is a Princeton economist and epidemiologist. I reached him in Delhi.

Ramanan Laxminarayan:This is the most visible way in which politicians can be seen as being responsive to a public health crisis, because it’s a lot easier to shut your borders than to get your vaccines out.

Fred de Sam Lazaro:The nonprofit Doctors For You is among those taking on the task.Dr. Prakerti Kashyap and a team spent Monday in Gurugram, a lower-middle-class Delhi suburb.

Dr. Prakerti Kashyap, Doctors For You:This campaign is specially launched, so that we can get people vaccinated who have been left out, left out maybe because they were afraid, or maybe they didn’t think that vaccination was important.

Dr. Prakerti Kashyap (through translator):You might get a fever, but not necessarily. We will give you some pills for it.

Fred de Sam Lazaro:A key challenge for the campaign is making sure she gets the second one to complete the dose.Elsewhere in this neighborhood, vaccinators met people who had not.

Ramanan Laxminarayan:A lot of people got vaccinated on the heels of the second wave simply because they saw death all around them, and, therefore, they went and got vaccinated.

Fred de Sam Lazaro:That second surge, from April to June, was driven by Delta, a variant first identified in India before becoming the dominant strain globally.It overwhelmed the country’s health care system, as morgues and crematoria ran out of space, and hundreds of deaths were reportedly caused by a lack of basic supplies like medical oxygen. But after the devastating wave, there was a collective sense that COVID could do no further damage, says Laxminarayan.

Ramanan Laxminarayan:During the second wave, at least in urban India, upwards of 90 percent of people had already been exposed to the virus. And close to 40 percent of India’s already fully vaccinated.That’s probably giving sense to some sense of complacency amongst the public.

Fred de Sam Lazaro:If a new surge were to occur, experts say India would likely be better prepared than it was during the devastation caused by Delta. There’s been a large increase in oxygen capacity and growing surpluses of vaccines, the British AstraZeneca shot produced under license in India and a World Health Organization-approved shot developed in India called Covaxin.Scientists say that’s critical for the global effort to contain the coronavirus. India is the world’s largest producer of vaccines, but amid its Delta surge stopped exports for six months, exports the U.N.-backed vaccine sharing initiative COVAX was counting on for developing nations.Just 6 percent of Africa’s 1.2 billion people have been fully vaccinated.

Ramanan Laxminarayan:India’s simply done what all the developed countries have done, which is first vaccinate its own population. One could argue that this is shortsighted and possibly contributed to the emergence of this variant, if it did indeed originate in Africa. So, I think India did just what the global playbook seems to be on this.

Fred de Sam Lazaro:He hopes the Omicron scare prompts renewed efforts to vaccinate the world’s underserved regions.But amid uncertainty over just how deadly the new variant will actually be, he says reaction in India, as in rich countries, has been to just restrict travel.For the vaccine campaign, meantime, the big task, finding an estimated 100 million Indians who’ve not had that critical second dose.For the “PBS NewsHour,” with Rakesh Nagar in Delhi, I’m Fred de Sam Lazaro in St. Paul, Minnesota.

Judy Woodruff:And a reminder that Fred’s reporting is in partnership with the Under-Told Stories Project at the University of St. Thomas in Minnesota.

India has suffered some of the highest death tolls over the course of the pandemic and is still recovering from this spring’s Delta variant surge. The Omicron variant has brought new urgency to India’s ambitious goal of fully vaccinating all adults—some 940 million people—by the end of this year. 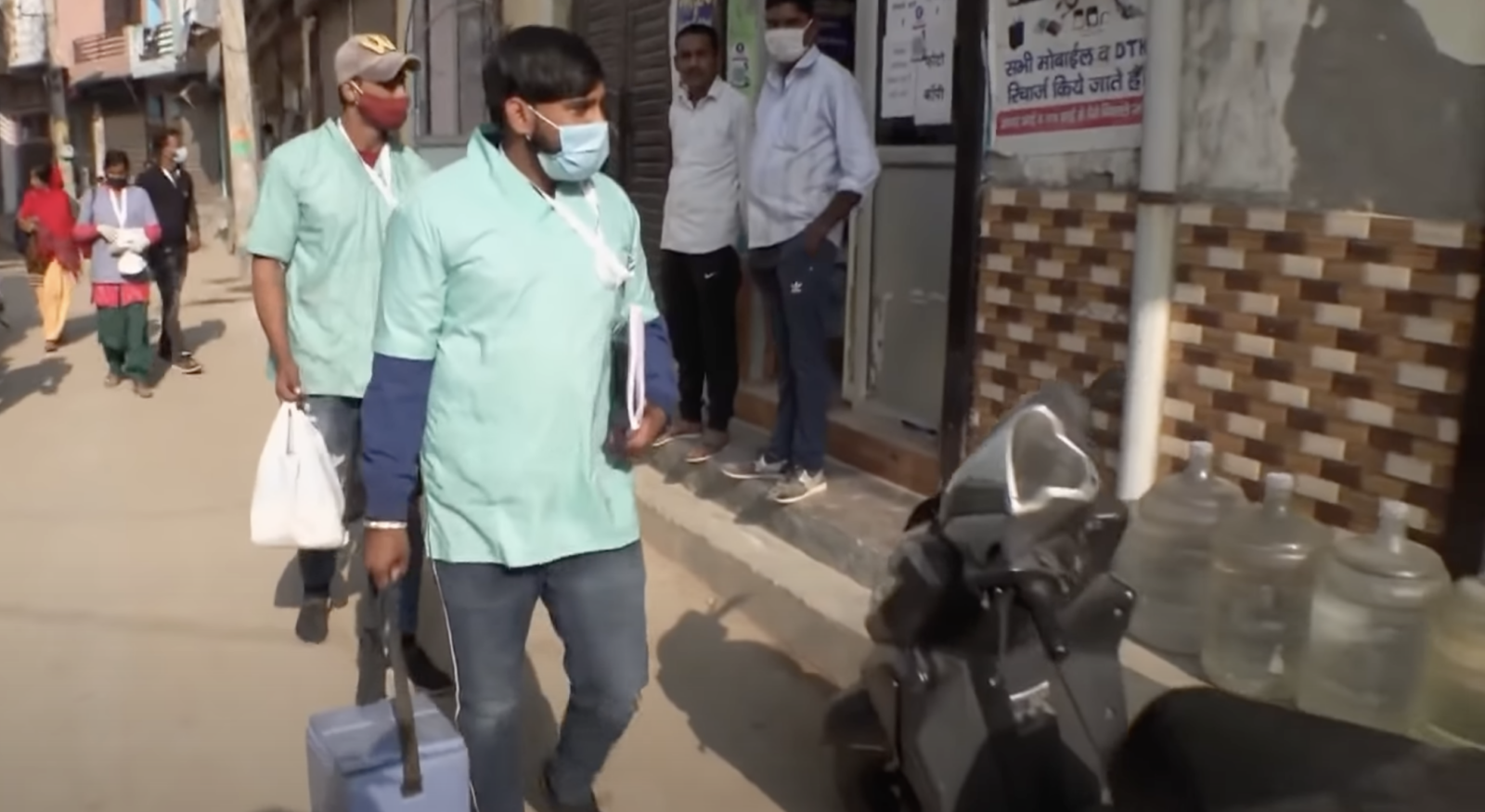 This team from the nonprofit Doctors For You is part of the effort to find an estimated 100 million Indians who’ve not had the critical second dose of a COVID-19 vaccine.

Our previous reports on COVID-19 in India 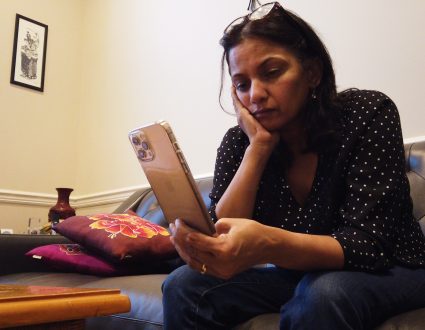 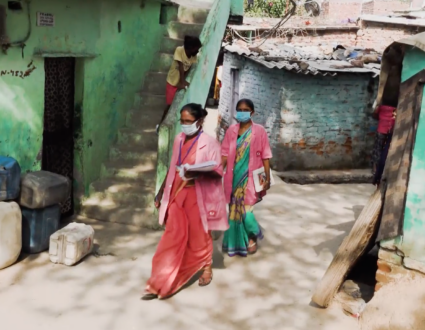