FRED DE SAM LAZARO, correspondent: It’s lush, verdant fields are a food basket for the Philippines. But Mindanao is also a tense, highly militarized place. Tens of thousands of people across this Indiana-sized island have been forced to flee their homes for squalid camps.
On paper, there’s a ceasefire in the long-running insurgency in this most Muslim region of the Philippines, a predominantly Christian nation.

Nonviolent Peaceforce Monitor: “Died on the spot, the girl…”

DE SAM LAZARO: However, the threat of sporadic fighting is never far away. Two days before we got here, this six-year-old child was caught in a cross fire….

DE SAM LAZARO: Taking notes on incidents and conditions in the camps are unarmed observers-foreign and local-with a group called Nonviolent Peaceforce.

Monitor: How many families are still in Luanan?

Translator: There are still 104 families staying here. We go to our farms during the day but come back here at night.

DE SAM LAZARO: Mindanao has known conflict for centuries, beginning with resistance to the Spanish colonists and more recently, resistance to the incorporation of this island into the Philippine republic. That happened in 1946. And since then migrants from other islands have come here and today those mostly Christian settlers outnumber the mostly Muslim original islanders by better than two to one.

Journalist Glenda Gloria, who wrote a book about the Mindanao conflict, says its as much about economic inequality as religion. She says much today’s problems trace back to the dictator Ferdinand Marcos, who ruled from 1965 to 1986.

GLENDA GLORIA (Author of Under the Crescent Moon: Rebellion in Mindanao): The Marcos government instituted a lot of government policies that oppressed the minority Muslims, that took them away from the economic and political pie, and after that the abusive military really violated human rights just to run after these rebels who wanted to separate from the republic at that point.

DE SAM LAZARO: That sowed the seeds for radicalization among some rebel fighters, she says. By the 1990s, a regional Al Qaeda affiliate called Abu Sayyef began to thrive.

Philippine Officers: As far as we are concerned, it’s not growing. They are still confined. Just one of the successes of our government security forces in that portion of Mindanao.

DE SAM LAZARO: Philippine officials say they’ve largely defeated Abu Sayyef as a military threat, helped by US advisors who remain in the region. And recent governments have made progress toward a peace treaty, offering greater autonomy and control over the island’s resources to the Moro people. And officially there’s a ceasefire. However, between splinter rebel factions and clashes among rival warlords the ground reality is still unsettled.

NP Monitors: The military has set up a camp. Does that still not give you enough confidence to be staying there at night?

ABDUL MANON ALI: I think families are still insecure about the situation…

DE SAM LAZARO: A few minutes later, the monitors were relaying the citizens’ concerns to the Philippine military, which is in charge of security in this region.

LT. COL. BENJAMIN HAO (Philippine Army): Some of the members of community are suggesting to bring my platoons nearer. I have no problem with that. The problem is bringing military into the community might cause another problem, so we have to study this some more.

DE SAM LAZARO: Among the many shortages, trust is a major one, and that’s a void that both sides agree the foreign civilians are filling.

MAJ. CARLOS SOL (Philippine Army): Since they are foreigners the perception could be they are neutral compared to local organizations that are involved in the peace process.

DE SAM LAZARO: Regardless of their faith.

MAJ. SOL: Regardless of their faith. I think the Nonviolent Peaceforce is a mixture of Hindus, Christians, and Muslims.

DE SAM LAZARO: The group is now based in Belgium but was started in Minneapolis. Co-founder Mel Duncan, who was in Mindanao during our visit, says his earliest inkling that the concept might work came in the eighties. He was living in Nicaragua where he’d gone as a peace activist during the civil war there.

MEL DUNCAN (Founder, Nonviolent Peaceforce): What we found over a seven-year period was none of those villages were ever attacked when there was an international presence. This was at a period of a war where 50,000 people were being killed.

DE SAM LAZARO: Refining and putting the idea into practice took years of studying of similar attempts, he says, including an ill-fated one during Bosnia’s civil war.

DUNCAN: In the mid-90s, there was an effort near Sada in Sarajevo where people primarily from Europe had been recruited, many of them not trained, and they came into a situation where they in fact drew artillery into the areas where they were trying to protect and they made a lot of problems in terms of having to be taken out.

DE SAM LAZARO: In contrast, monitors hired by Nonviolent Peaceforce are full time and salaried-about $1500 per month. They come to stay, hire local staffers and work with local civic groups. Raghu Menon, trained as a lawyer in India, says it makes a big difference.

RAGHU MENON (Monitor): As you will see, there are no fences, no guards outside our office in spite of the fact that Pikit, where we are based, is considered a dangerous place by most Filipinos. But because we are living in the community, which supports our work, which understands our work, I think we draw a lot of our security from that.

DUNCAN: We have to engage with local partners who can understand things in ways that internationals will never be able. War is complicated, and so is peace. And we’re always learning at this and that’s-we have to remain humble and this is not a tool that fits every situation and that will rid the world of war.

DE SAM LAZARO: The group’s first deployment was in Sri Lanka during its civil war, where Duncan says it was particularly effective in rescuing child soldiers. Besides Mindanao, monitors now serve in South Sudan and Georgia. And he hopes they can serve in more conflict zones soon.

DUNCAN: We certainly could provide effective protection in Myanmar. In Kyrgyzstan. Perhaps in Syria as the conflict unfolds.

DE SAM LAZARO: Nonviolent Peaceforce’s annual budget of $7.5 million comes from the UN and governments from several developed nations, though not the U.S.-Duncan says “not yet”-and among its merits could be the price tag. Duncan says an unarmed civilian costs about half what the UN pays to deploy a typical armed blue-helmeted soldier.

For Religion & Ethics NewsWeekly, this is Fred de Sam Lazaro on the Philippine island of Mindanao.

But its lush, verdant fields act as food supplier for much of the Philippines. Despite the natural beauty, tens of thousands of residents have been forced to flee their homes for squalid camps. In our Agents for Change series, Fred de Sam Lazaro reports on a group of peacekeepers holding the fragile cease-fire. 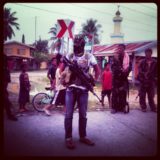 Power and Peacebuilding
LEARNING MODULE
Jeanne Zimmer
See more learning modules here
Nonviolent Peaceforce.
The force uses civilian protection and ceasefire monitoring to lower the number of skirmishes and preserve the ceasefire. They are praised both by the Philippine army, which patrols some areas of the island, and the main rebel group that covers the rest. 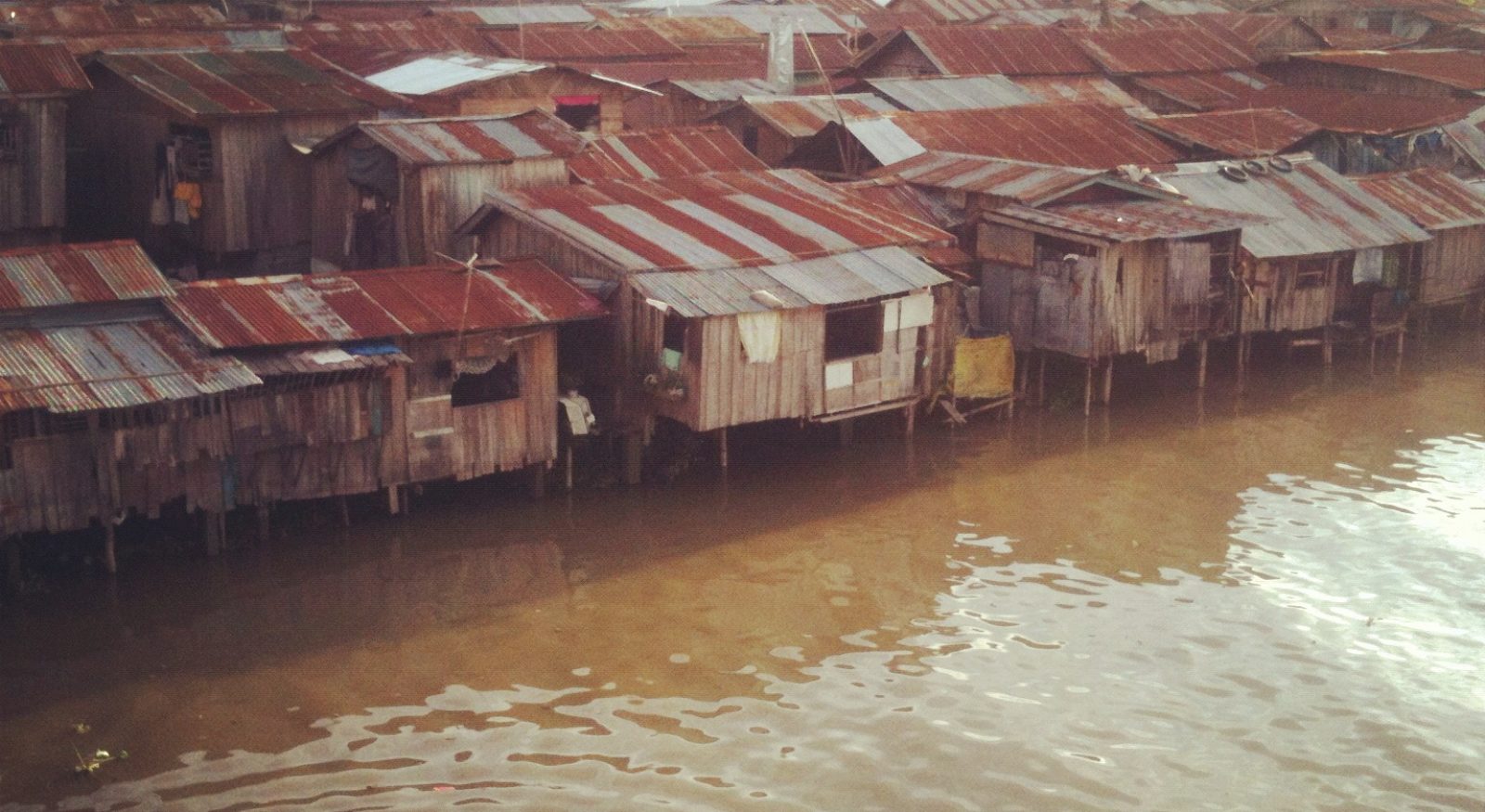 A history of conflict
Mindanao has known conflict for centuries, beginning with resistance to the Spanish colonists and more recently, resistance to the incorporation of this island into the Philippine republic. Since then migrants from other islands have come here and today those mostly Christian settlers outnumber the mostly Muslim original islanders by better than two to one.

“Since they are foreigners the perception could be they are neutral compared to local organizations that are involved in the peace process.”

War is complicated, and so is peace.
We have to engage with local partners who can understand things in ways that internationals will never be able. War is complicated, and so is peace. And we’re always learning at this and that’s-we have to remain humble and this is not a tool that fits every situation and that will rid the world of war.”
MEL DUNCAN, Founder, Nonviolent Peaceforce